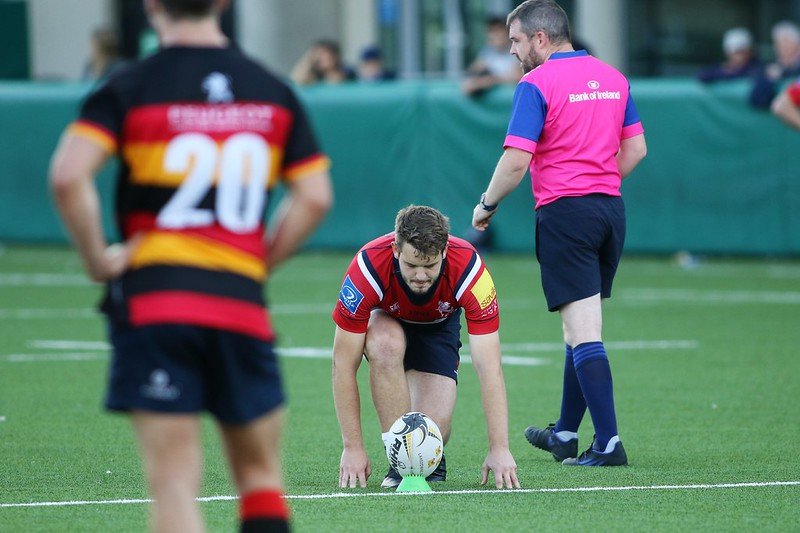 The 2nds had a winning start to their Metro League campaign beating Lansdowne at Lansdowne Road.  Wesley had to weather an early storm after Reuben Pim got an early yellow card for an off the ball incident. After thing settled and the team was restored to its full compliment Wesley got the first points thanks to a long range Jack Maybury penalty goal.  Indeed Maybury went on to have a very good day with a 100% place kicking return. A run down the left wing led to Wesley’s first try, scored by Paul Harte in the corner. Maybury converted for a 10 nil lead. Then after he extended the lead to 13 Lansdowne got on the scoreboard with a converted try.  Just before half time a dangerous tackle on Andrew Vincent earned Lansdowne a try and from the ensuing penalty Maybury struck again to make it 16-7 at half time.

Shortly into the second half Wesley were in the opposition 22 once again and this time it was the turn of the forwards to show their skills as Brian Short got over under the posts for Wesley’s second try, once again converted. Lansdowne then crossed for their second converted try making it 26-14 to Old Wesley. Then with 10 minutes to go Lansdowne were awarded another try, although had a TMO been available it may well have been disallowed. The conversion left it a 5 point game.

Despite a late rally by the home team Wesley did just enough to hold on claiming a valuable win against a side that has also proved difficult to beat.