After the longest of hiatuses, Old Wesley junior rugby was finally back with a bang on Saturday afternoon with a victory over old foes Terenure RFC. Competition for places on this pre-season friendly squad – a 4ths/5ths hybrid fusion; the best of the best – was a hotly contested affair. Thus giving the “Brains Trust” of Moorsey, Wallace, Kinlan, and Gresh a week of sleepless nights in the lead-up Ivan had his young apprentice Eoghan by his side teaching him the basics of team management.

The factor 50 sun lotion was out in force, as the lads blew the dust off their gum shields, squeez into shorts that had fit fine back in 2019, and braved the baking hot Dublin 6 sun to eventually accumulate a score-line that ended up considerably more comfortable than their struggling waistbands.

French import Jean Paul Gaultier got things rolling with a bone-rattling hit off the kickoff that set the tone and resulted in an immediate turnover. Wesley then dominated possession for the next 10 minutes as Sam Moore et al. reacquainted themselves with the glamour and glories of rucking. One-out runners, pick and go’s, knock-ons; this opening salvo had it all, and it was scintillating viewing for the Wesley travelling support led as always by Señor Poff.

However, as the ball was eventually worked wide, a loose pass was picked off by the Terenure right wing, who sprinted the length of the pitch only to be dragged down on the 22-metre line by pursuing openside Guy Cresswell. It was a big moment, but considerably more running than the aging flanker had hoped for in the first 10 minutes.

The phases continued to rack up in Wesley’s favour, but with no real return as the Terenure defence held firm and the first quarter ended 0-0. After a quick rehydration, some words of wisdom and a reshuffle of the backline, they were back out into the fray. Soon thereafter, the visitors were awarded a penalty around the halfway mark which out-half Cal Lynn thumped enthusiastically touch-ward without disturbing his fringe even a fraction. It was however just a tad short, and sensing opportunity to look like an All-Black, a Terenure hand leaped in the air to slap it back in play, not anticipating the hard chase of the ever-eager Ben Devlin, who gladly received the slap-pass and ran it in easily to dot down in the corner. The conversion was made to make it 7-0, Wesley.

As the match drew on, play continued to go Wesley’s way. Lynn was mercurial in his new out-half role, playing off-the-cuff and bamboozling the defence with a new backline move he liked to call ‘hands’. Just outside of him Rob Fitz was in flying form, despite intense pressure from his opposition number, managing a clean break up the middle, surprising both himself and the home defenders. The lineout ticked along nicely, as the gruesome twosome of Luke and Lanky guided some new faces with soft, comforting hands. Eventually sustained pressure on the Terenure line resulted in blushing debutante Alasdair Rennie powering over to add 5, his second ever touch of the ball in the Wesley red and blue. The accoutrements were duly added and Wesley were 14-0 up.

Another intermission, another chance to talk about game plans that never happen, and they were back out for the third and final quarter. Finally with some possession in their hands, Terenure began to make in-roads, and after a nice half break up the right wing, managed to punch over the Wesley line. However, in a never-say-die feat of last-gasp defending, scrumhalf Aaron Copeland managed to snag the purple striped jersey, tackle the man, and dislodge the ball before it was touched down. Unfortunately, this maneuver was deemed to be high, and a penalty try was given. 14-7 Wesley.

The Wesley response was juicy. Having fought their way into the home side’s half, Lynn went on a meandering run against the grain, found half a gap, and sprinted through leaving only the faintest whiff of hairspray and a smattering of defenders in his wake. 19-7 Wesley.

The remaining 15 minutes was played in the Terenure half as Wesley retained a comfortable possession, managing to make marginally less mistakes than the home side. With the last play of the game, an attacking scrum in the opposition’s 22 gave Wesley an ideal platform to launch a final onslaught. A solid shunt and the ball was moved blindside to Cresswell in the unfamiliar position of second centre, who, having spent most of the match moaning to Fitz about not getting the ball, felt he had better do something decent with it, and tap-danced 30 metres sideways in search of a suitably lethargic lump to sccchnnake around, and eventually touched down. The final score ending 26-7, Wesley.

A triumphant return for the glorious 4ths/5ths, who left absolutely nothing on the bone-dry all-weather pitch other than the skin of their knees and elbows. It was a terrific start to what will hopefully be a long and prosperous season for Old Wesley junior rugby. 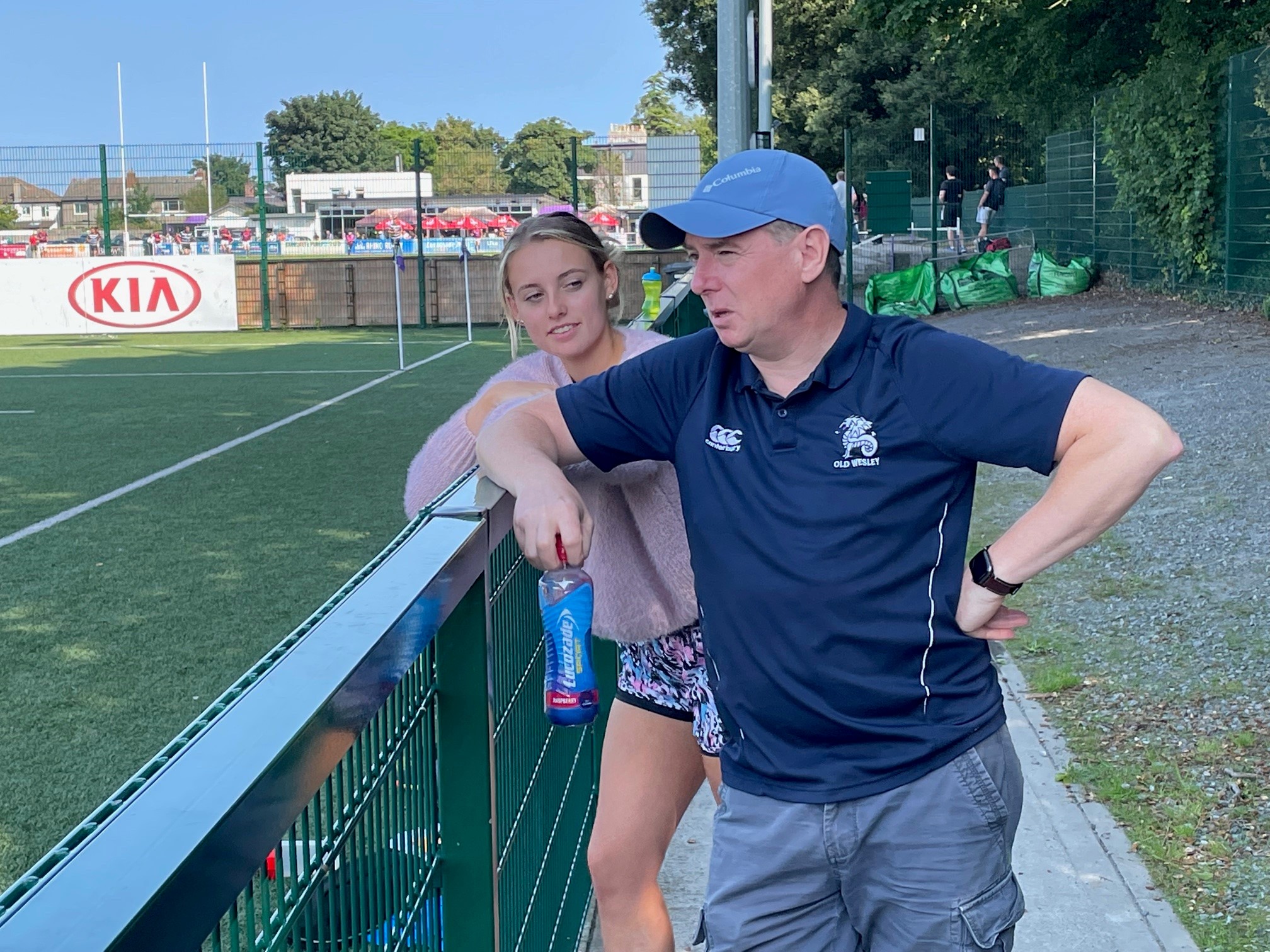 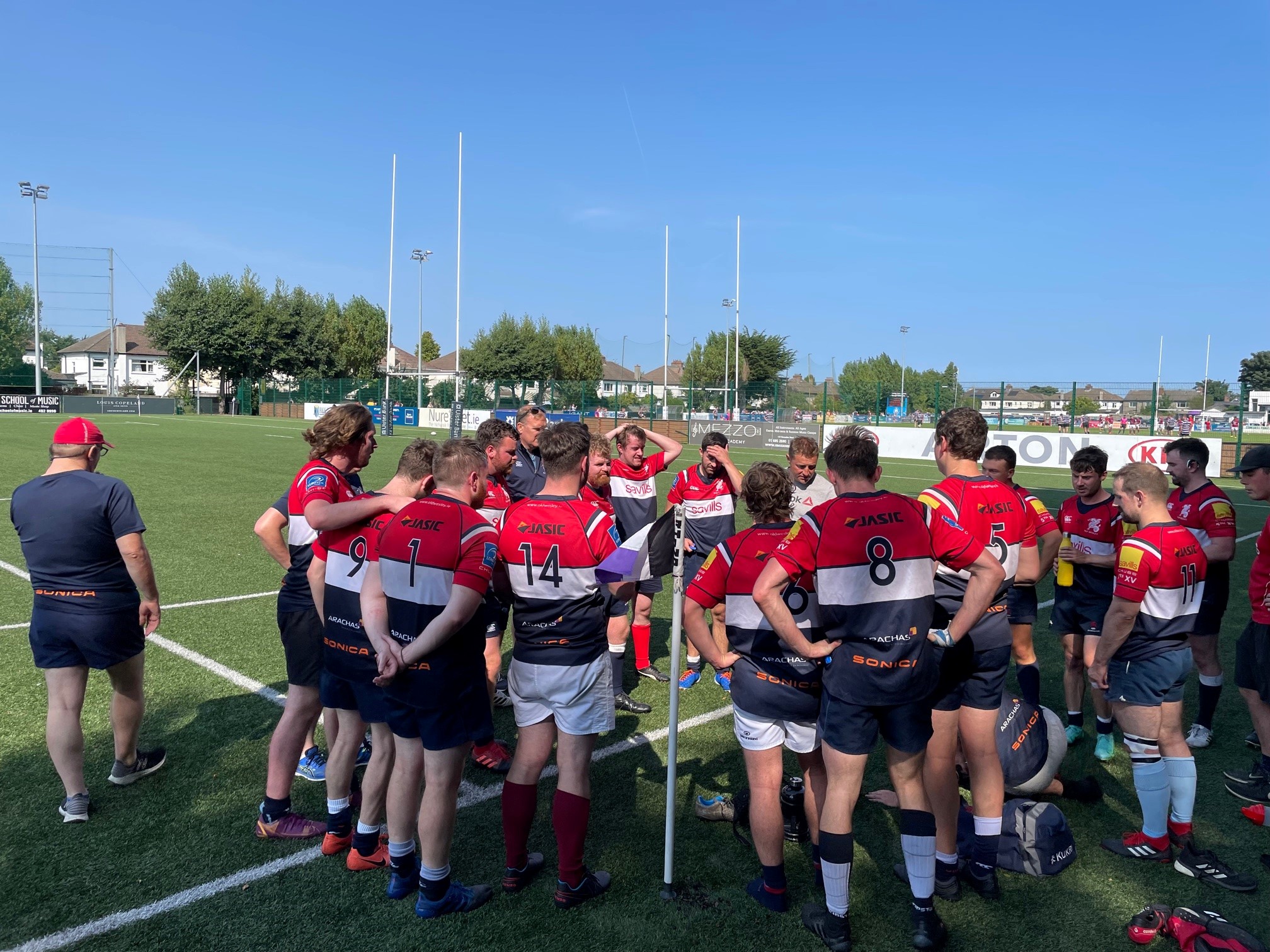 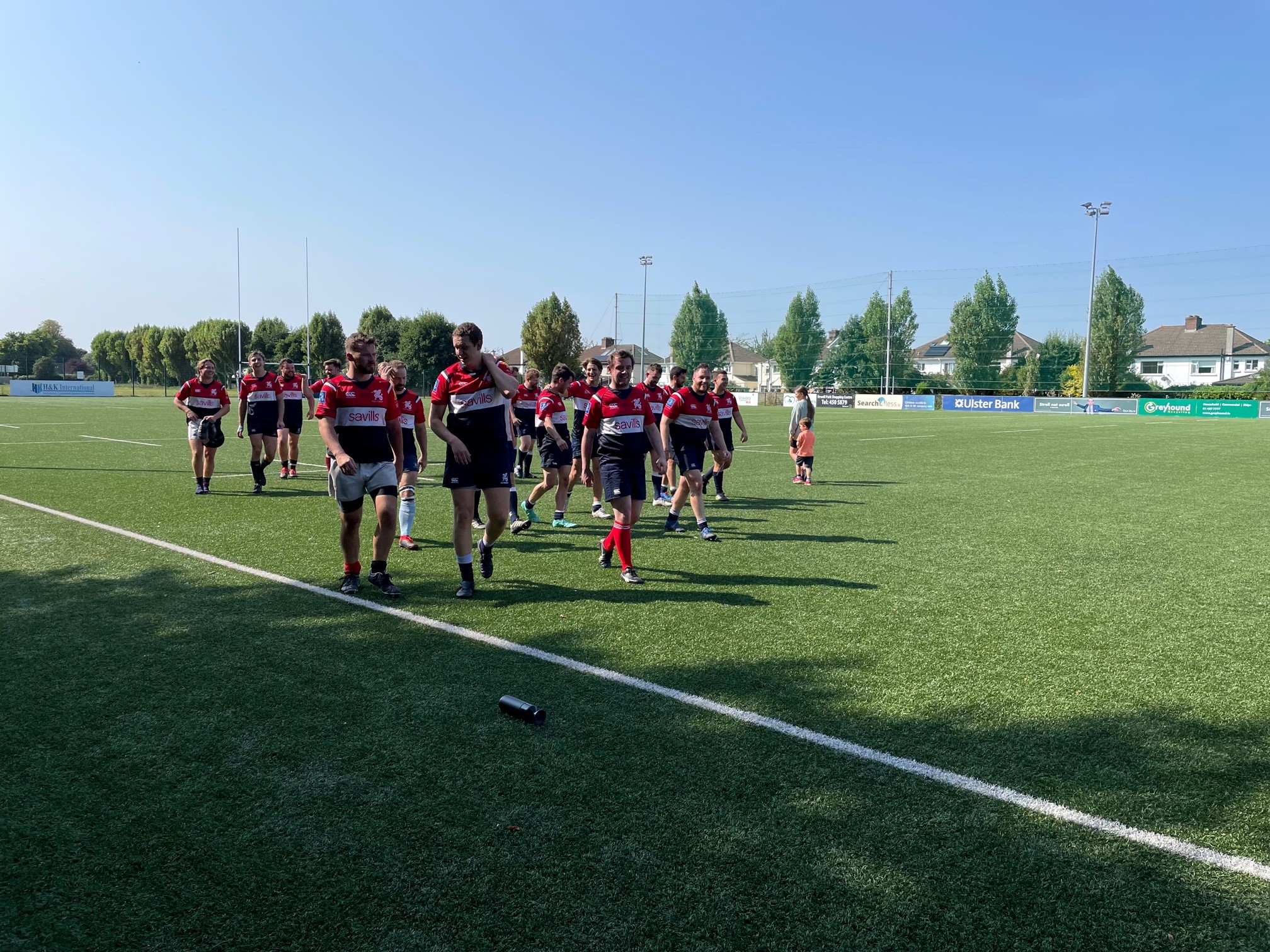 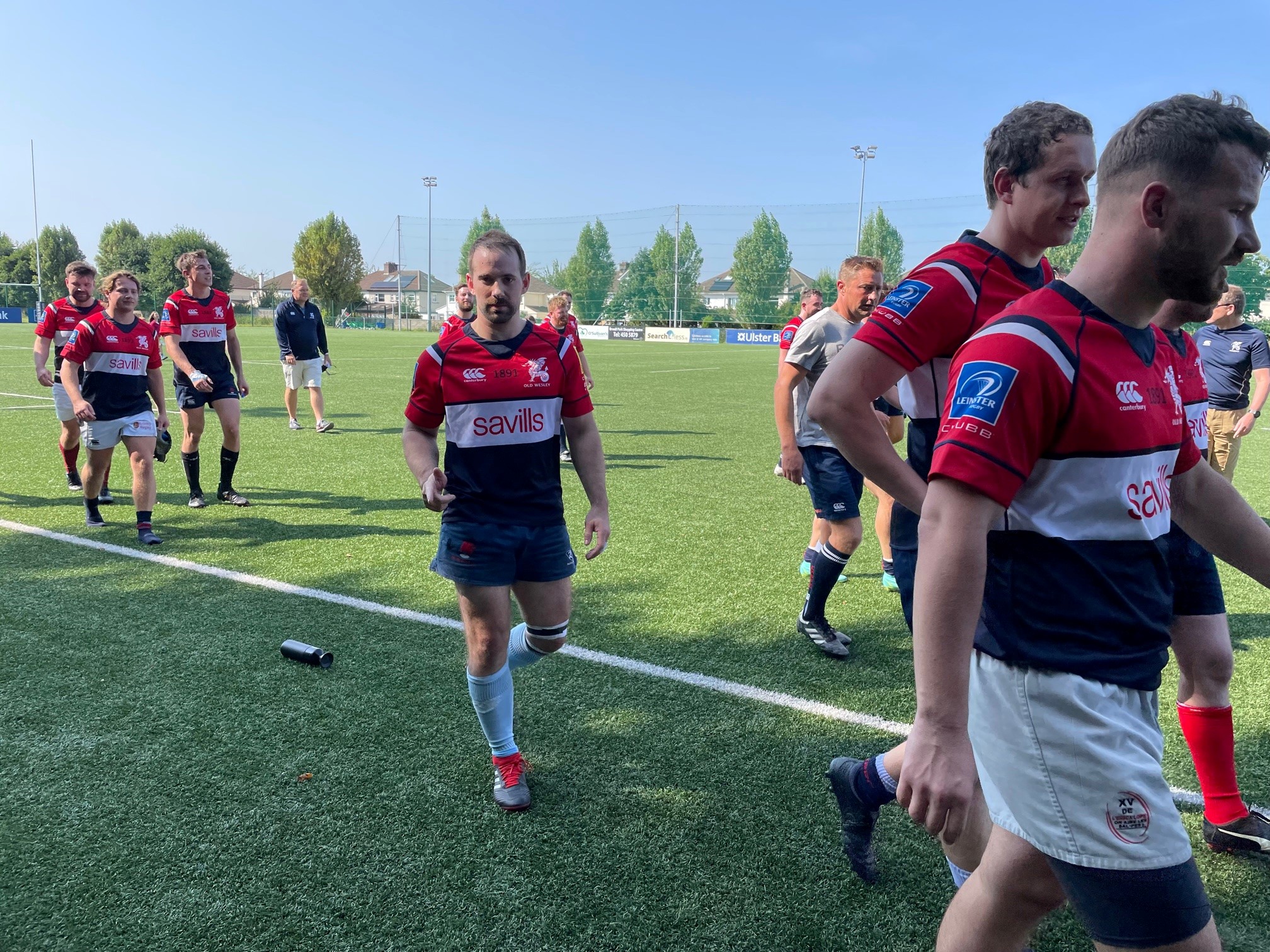