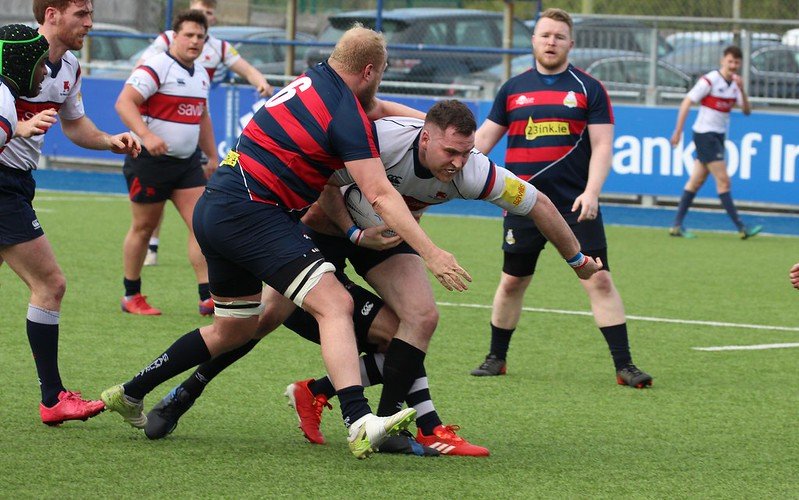 Old Wesley just managed to overcome a determined and well drilled Tallaght side to claim the Winters Cup, completing a league and cup double in Donnybrook on Saturday evening.

Tallaght started the match more focussed and scored a try under the posts in the early stages, catching the Wesley side napping in midfield and then adding a penalty to open up a 10-0 lead. Wesley finally got their hands on the ball with Andrew Scanlon controlling the game at out- half directing play into the wider channels.  This eventually gained its rewards with number 8, Matthew Cherry grabbing the first of his hat trick of tries, which calmed his side down and Wesley gradually grabbed parity in the contact area.  A penalty and a try saw Wesley lead at half time and further tries from Adam Kileen and James Egan helped Wesley to build a lead which they felt had broken the stern Tallaght’s resistance.

Wesley could never shake Tallaght off and only held a narrow four-point lead going into the final stages. As had been their intentions from early on, they attempted to run it out of their ’22 with the clock approaching full time. The excellent Tallaght defence forced a turnover and Tallaght had a foothold in the Wesley ’22. Their impressive attack saw them force their way over and this seemed to secure the cup for the Tallaght side.

There was still time on the clock for Wesley to try and create a scoring opportunity.  Tallaght regained the kick off and looked to pin back Wesley in their own half. Wesley countered from deep but Tallaght’s defence held firm. After an initial burst up the middle Wesley’s attack seemed to falter until Cameron Wood spotted a gap around the ruck and side – stepped the Tallaght cover defence, scoring under the posts.  Scanlon converted thus securing the cup which seemed very tough on an excellent Tallaght side, whose wait for a trophy must surely end soon.