Old Wesley 5XV started their season with a trip to Coolmine last Saturday (24th Sept), in a fixture that clashed with the opening of the new clubhouse . Every effort was made to change the fixture but the branch had decided the game must go ahead and that the opening of the new pavilion and the visit to the club by An Taoiseach wasn’t a valid reason to facilitate the move.

A huge effort was made between Thursday and Friday to get a team out to fulfill the fixture. The team included a number of new faces and was captained by Sam Pollock. Introductions were made in the changing room and during the warm up. In a torrential downpour Old Wesley started extremely well , dusting off the cobwebs after a long summer break and lead 21-0 with tries from Eric Parfrey , big summer signing from Brazil Clayton Vaneli and Andrew Scanlon. This was Andrew’s first game in a year and he also kicked three conversations and a penalty. Coolmine scored a second half converted try to close the gap , but Wesley finished the stronger and were unlucky not to increase their tally of tries.

Dave Bursey made his seasonal debut, after enjoying himself fully beforehand at the official opening lunch, in addition to consuming a full dinner and dessert, and he was complaining of indigestion by the end of the match !! There were very encouraging signs on Saturday and this was a very solid start to the league campaign , with next up a Donnybrook derby on Saturday against Bective.

Saturday also marked the last match for 5th team stalwart Ken Hanning, who has been a permanent fixture in the squad for the last two seasons and we wish him and his family all the very best for the future , as they move back to the States.

A big thank you also to Paul McClatchie , who ran the show , and also to Burs and Kinners.  Roll on next week. 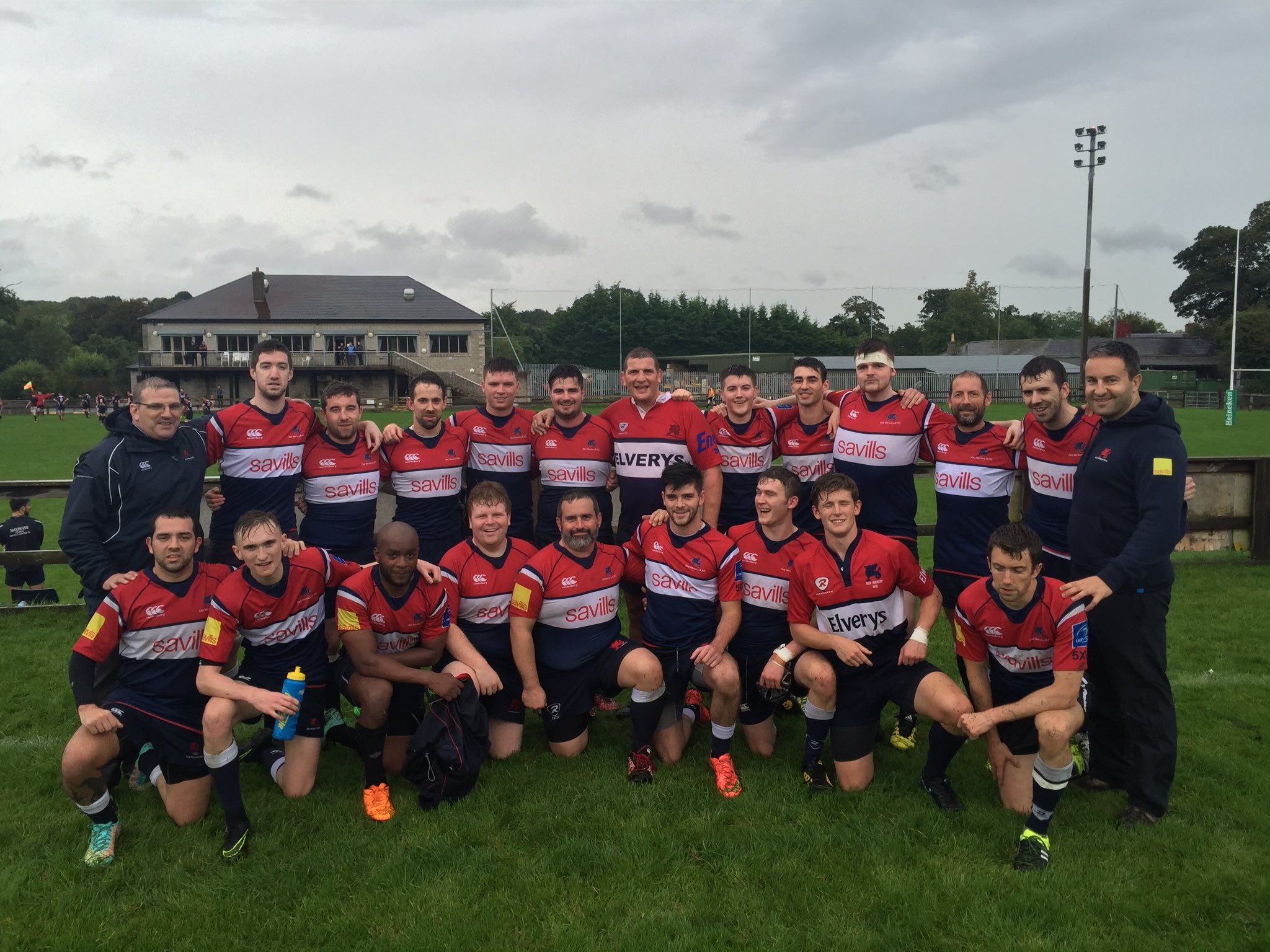