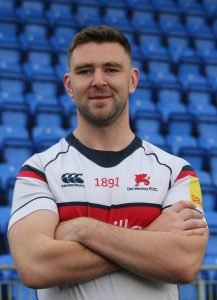 It is with great pride that I accept the privilege of being named Old Wesley Club Captain for the 2022/23 season. It’s my fourth year in the role, and one which I consider myself very fortunate to be awarded. Having joined the club back at mini rugby level, it’s an honour to again be appointed Club Captain.

I’d like to begin by welcoming all coaches, players, supporters and visiting teams to Donnybrook. From a senior squad perspective, last season was one of the most enjoyable we’ve had in recent years, albeit one that ultimately left us with a feeling of unfinished business.  Following a full pre-season, the 1st XV started the season well, winning our first five games, before suffering defeat away to Highfield in November. In total, we went on to win 16 of our 18 AIL games, finishing top of the pile and in good stead heading into the playoffs. Unfortunately, we came out on the wrong side of a one-point game against Naas in the playoff semi-final, losing 37-36. Having been so consistent throughout the season, it was incredibly frustrating to come up short and miss out on our ultimate aim of gaining promotion to Division 1A.

The 2nd XV missed out on a league final spot following a solid campaign and lost out to eventual winners Terenure College in the Metro Cup. On a more positive note, it was fantastic to have supporters back in the stand, up and down the sideline, and on the balcony again.  It was brilliant to be able to reconnect with our members over a pint in the clubhouse, and we look forward to doing so again throughout the course of the upcoming season.

To all our club sponsors, in particular Savills, I would like to extend a massive thank you for your continued support. Sponsorship in the current climate is far from a given – we truly do appreciate the support we receive from all our sponsors which enables the club to run smoothly.

I’d like to wish all players, coaches, managers and volunteers – from minis right up to senior level – all the best for the upcoming season.  I’m hopeful that we’ll have plenty of success to celebrate both on and off the field throughout the club.

Finally, I’d like to extend a big thank you to last year’s Club President, Nigel Poff, for the dedication and commitment he showed throughout the season – it was a pleasure to be Club Captain alongside Nigel, and I look forward to catching up with him in the clubhouse over the course of the season. I’d also like to extend a warm welcome to this year’s incoming Club President, Robbie Love. Both myself and Robbie are extremely excited at what the upcoming season holds, and I’d like to congratulate him on his appointment, and wish him the very best for the year ahead.

Iain played his first rugby with Old Wesley as a 7 year old mini player. After attending Wesley College he rejoined the club in 2009 as an Under 20s player, also gaining AIL honours in his first season.  Apart from a year spent abroad Iain has been a member of our senior squad ever since.  Iain is married to Eleanor, who he met in Australia, and she, along with his parents Joe and Hilary, are regular attendees at his matches.