By half time in this match Old Wesley looked to be on course for a positive result in their opening AIL match of the season, however a disappointing second half performance allowed Ballymena to take the honours.

The visitors from Ulster were off the mark first with a penalty goal after just 2 minutes following a scrum infringement. Wesley had a similar opportunity 5 minutes later but failed to capitalise. Indeed for the first 15 minutes there was nothing between the sides as both teams were guilty of handling errors. Then just on the quarter hour mark Wesley were in a strong position deep in opposition territory.  From a lineout and after a series of strong ball carries, newcomer Josh Pim got over for the first try of the match.  Josh Miller converted for a 7-3 lead.

A yellow card for Ballymena’s Stephen Mulholland for a dangerous tackle spurred on the Wesley team. The northerners had further woes 3 minutes later when Adrian Hamilton received a similar punishment, this time for a maul infringement. Down to 13 men Wesley piled on the pressure.  The forwards did the early damage before the ball was swung wide for Eoghan O’Reilly to dive over in the corner.  Ballymena were now on the ropes and Wesley were in the ascendancy. A goal by Miller following a fine maul steal by Darren Horan forced a penalty gave Old Wesley what appeared to be a comfortable half time lead. The opposition had not once threatened the Wesley goal line and a home victory looked on the cards.

However the second half saw a more committed Ballymena.  Right from the off there was a scything run bringing play up to the Wesley 22. And in the first play the ball eventually got to Callum Patterson who crossed near the posts for the first try by the visitors. After 13 minutes Wesley had a lineout 7 metres out from the opposition goal line.  A strong backline movement ensued but the attack was blocked in midfield in what looked like a Ballymena knock on; however the referee did not agree. Ballymena were now starting to look far more dangerous and a line out steal on the Wesley 22 led to their second try, this time by Rodger McBurney.  The conversion was missed but the score was now 15 all.

Wesley brought on a number of substitutes but their line out was in serious trouble as the opposition took at least 4 more against the head. Ballymena took the lead with a relatively straightforward penalty goal and on 70 minutes Jack Maybury kicked a long range penalty to even up the scores again.  A couple of Ballymena drop goal efforts were blocked down but a late penalty just 25 metres out was easily converted.  Despite a late rally by Old Wesley there were no further scores.  The visitors got the result and Old Wesley had to settle for a loser’s bonus point. 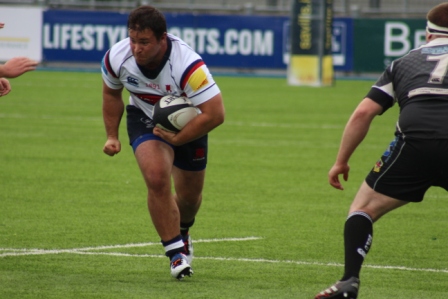 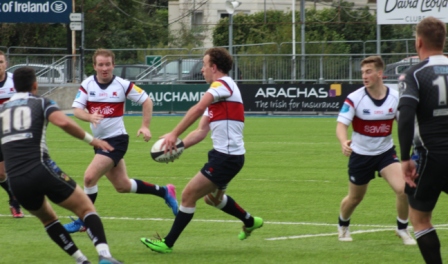 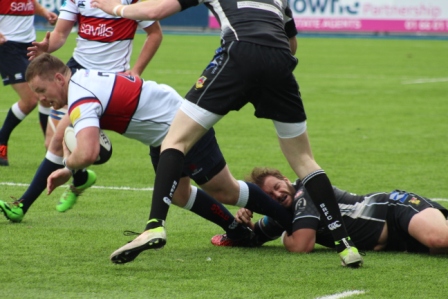 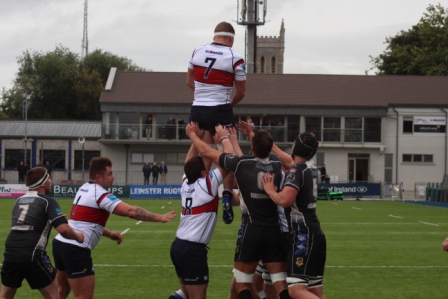 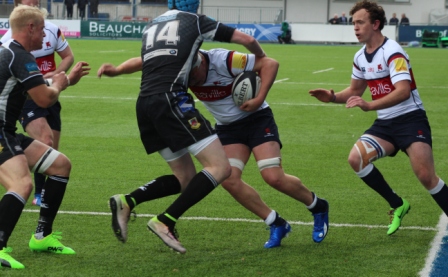 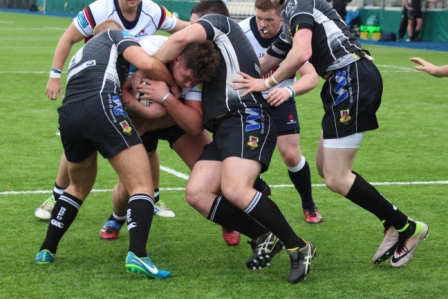 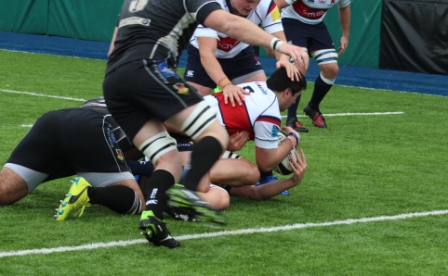 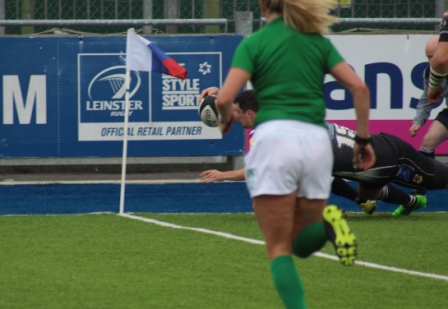 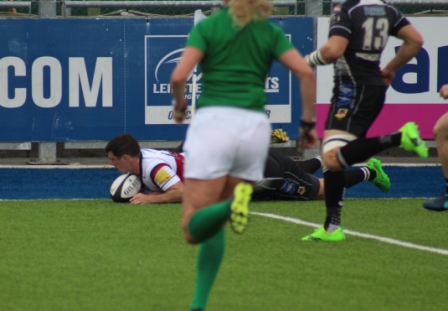 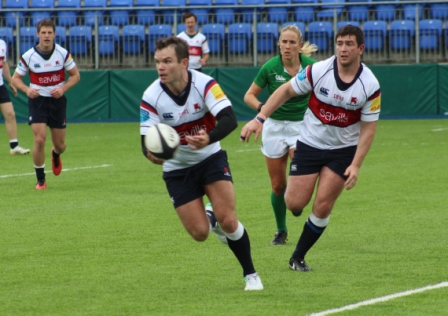 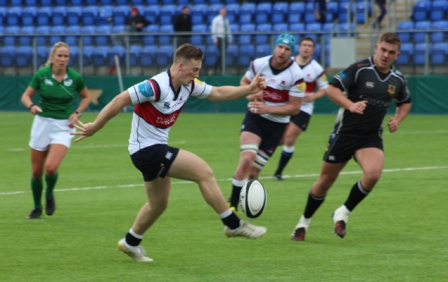 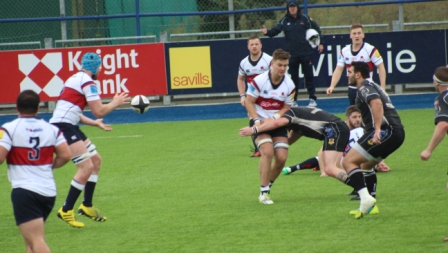 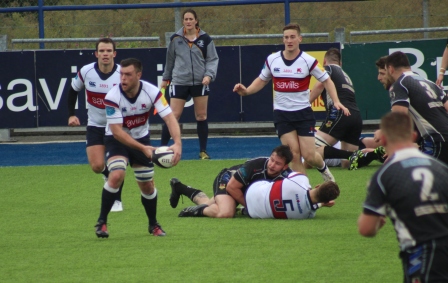 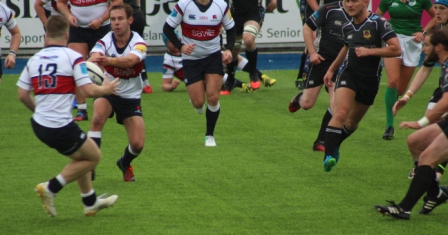 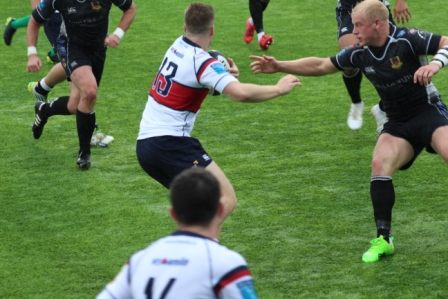 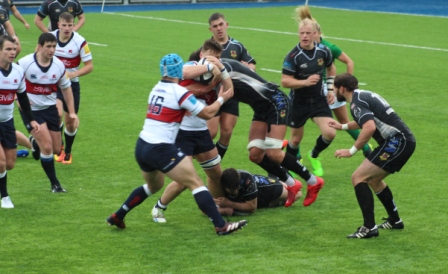 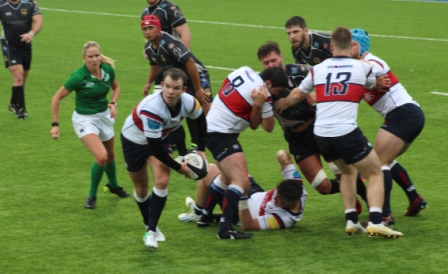 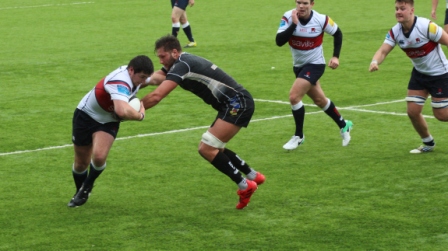 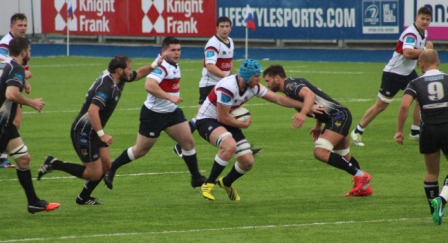 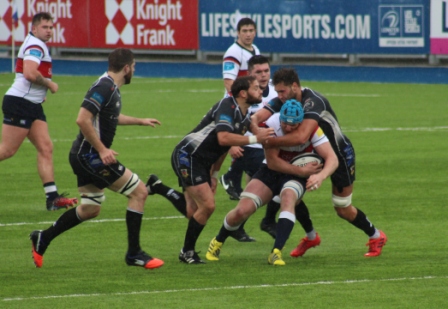 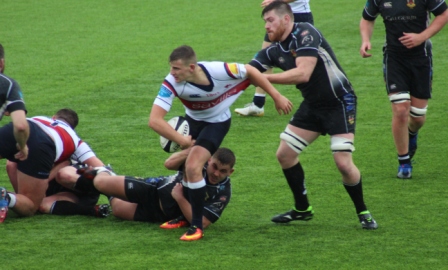