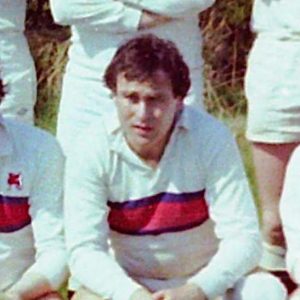 Old Wesley has learnt with great sadness of the death of Alan (Beatle) Byrne.  Alan was a regular on our junior teams during the 1970s and 80s, playing alongside his brother Robbie.  He was a good tourist attending King’s Norton and other Old Wesley tours.  For a number of years he was also DJ at the Old Wesley Saturday night discos.  After retiring from rugby he was a good supporter of club social events, and in recent years, despite health issues, was a regular at the Members’ Occasional Lunches.

We extend our deepest sympathies to his wife Jennifer, daughters Sarah and Jessica, siblings Eve and Robbie, and his extended family.  Beatle Byrne will be sadly missed by his many friends in Old Wesley.