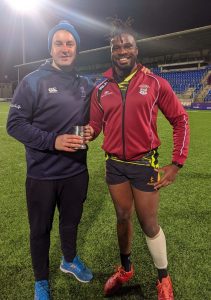 Monty Apkan, in his first full season with Old Wesley, has played for all three junior teams this season and was a member of the 4ths Moran Cup winning team.

Monty had the bragging rights in the Apkan household recently when the 4ths beat UCD in the league were his twin brother lined out for UCD.

Often doubling up and never missing  training Monty’s commitment and passion on game days means he is the deserved winner of the October Junior Player of the Month. 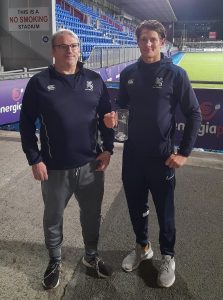 Cal Lynn is the deserved winner of the junior player of the month for September. Cal played a central role in the 4ths successful Moran cup campaign and he was also involved with the 3rds O’Connell Cup run which meant he doubled up most weekends.

His competitiveness on the pitch and commitment to both sides showed real determination and all coaches and managers agreed that Cal was the deserved winner.

And off the pitch he is always one of the first to assist bringing in flags, post protestors, etc.,