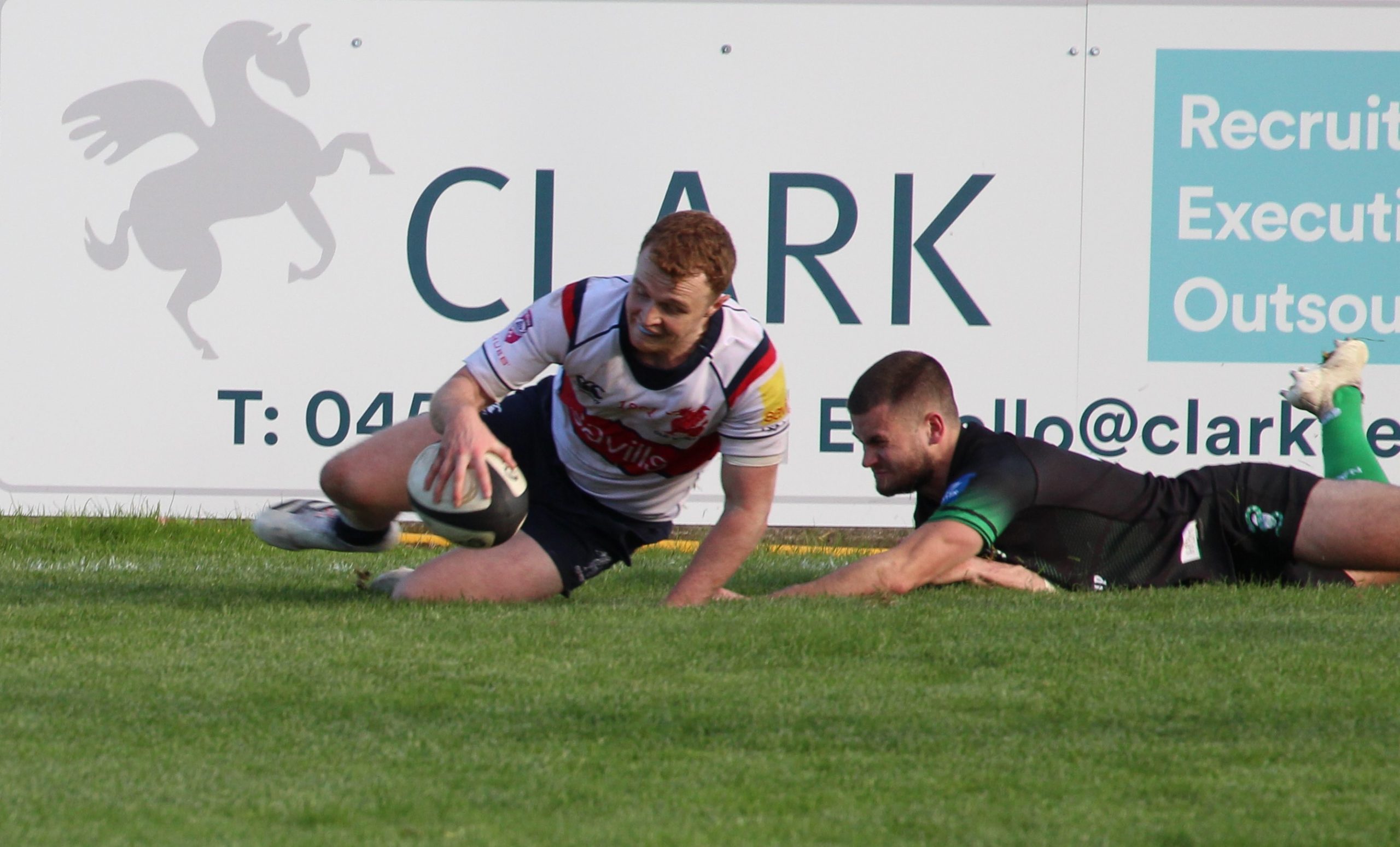 17-6 down at half time and the Old Wesley supporters were contemplating a whitewashing: but little did they know they would come away from Naas with a bonus point win.

For much of the first half it was the home team who called the shots and looked to make better use of their opportunities, aided by the breeze and the pitch slope.  Within the first 12 minutes Old Wesley had opportunities with a line out and then a scrum inside the opposition 22, but on each occasion they conceded a penalty.  Then Naas were nearly in for a try in the corner but for a late knock on. The experienced Peter Osborne opened the score with a penalty kick after 17 minutes, and was just wide with a second attempt 3 minutes later.

The first try of the match belonged to Naas which came just after the now familiar water break, when out half Bryan Croke had a clean run down the right wing to score 15 metres in from the corner.  Converting his own try the home side led 10 nil.  Just after the restart Old Wesley had their first scoring opportunity with a penalty 30 metres out.  Iain Cassidy obliged getting Wesley off the mark.  One of the highlights of the first half for Wesley was a thundering run by Will Fay gaining 30 metres of ground and crashing through a number of tackles.  After a couple of recycles Wesley were awarded a penalty inside the 22.  However Cassidy’s attempt came back off the upright and it looked like it was going to be one of those days.

Around the half hour mark Wesley were starting to put together some creative moves when they were struck by a huge set back.  Naas centre Gary Kavanagh ran from just outside his own 22, evading a number of tackles to touch down under the posts for what was surely the try of the match. With the conversion Wesley trailed 3-17.  Cassidy pulled back 3 points from a penalty just before half time leaving Old Wesley 6-17 going into the second half.

It looked like Wesley’s woes were to continue when their first penalty kick to touch of the second half went dead, only to be followed soon after by another Naas penalty goal.  But amazingly that was to be the end of the home side’s points tally of the afternoon as Old Wesley went into Roy of the Rovers mode.  Shortly after the restart Naas conceded a penalty and from 40 metres Cassidy was on target with the kick.  Then came the start of Wesley’s recovery.  A run by Alastair Hoban got him to within 6 metres of the goal line, and when the tackler, Donal Conroy, tried to play the ball on the ground it was a yellow card and a penalty.  A kick to touch, line out, second penalty, line out, maul and a pass to Nathan Randles who got Wesley’s first try in the corner.  No conversion but it was a big dent in the scoreline.

Spurred on by this Wesley now started to play with greater confidence and enterprise. Cassidy was also causing problems for the opposition with some neat breaks from the scrum and ruck.  Some powerful runs by Will Fay and JJ O’Dea had play again in the Naas 22 and after recycled ball Tommy O’Callaghan took a pass and crossed for a try in the corner.  Again no conversion but Wesley were now firmly in the driving seat.

After the water break Naas were looking to put some moves together but a huge turnover by O’Dea gave the advantage back to Wesley allowing a clearance kick downfield. Naas then conceded a penalty and from 30 metres Cassidy was on target and for the first time in the match Wesley were ahead 22-20.  Wesley continued the pressure with Cassidy continuing to puncture the opposition defence with some darting runs.  Then with less than 12 minutes to go Wesley struck again, this time with a bustling run by substitute Paul Derham.  In only his first match of the season he charged over 25 metres, breaking a couple of tackle attempts to score under the posts.  With 6 minutes remaining the Kildare men tried for one last time and applied considerable pressure on the Wesley defence. After a penalty kick to touch they were nearly in for a score in the corner but were denied by the touchline. But that was to be their last chance and soon Wesley were back in control.  When awarded a kickable penalty with 2 minutes to go Wesley opted instead for a kick to touch; was a bonus point too much to ask? The lineout wasn’t the cleanest but Wesley regained possession and a perfectly placed cross kick by Charlie O’Regan found O’Callaghan in open space and yes, he scored in the corner for the bonus point. With the conversion it was an unbelievable win for Old Wesley. Old Wesley lie second in the league marginally behind Highfield.

Check out our 5 minute summary of the Game in 5 here: