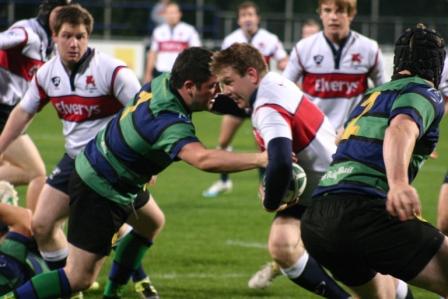 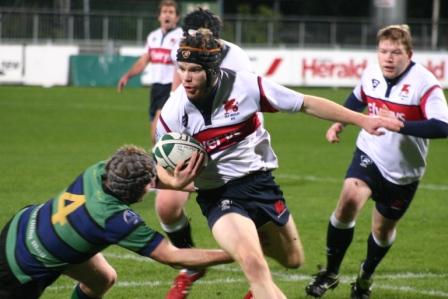 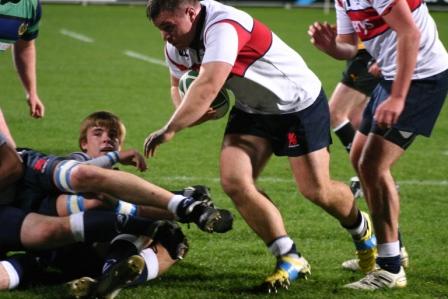 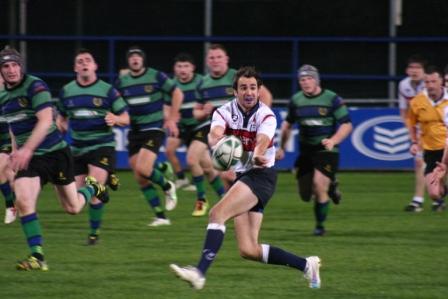 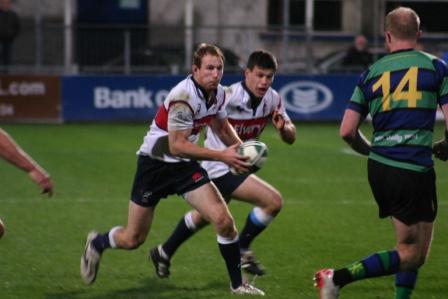 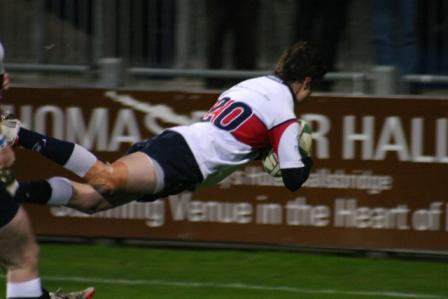 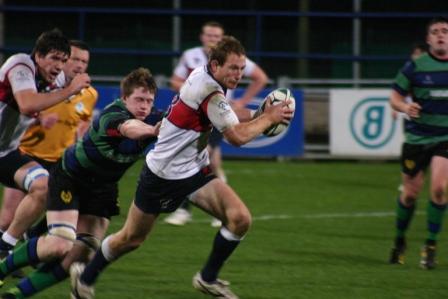 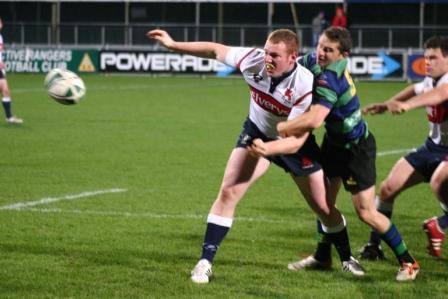 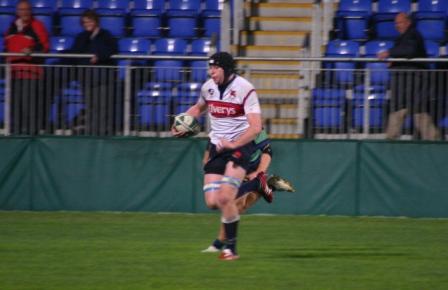 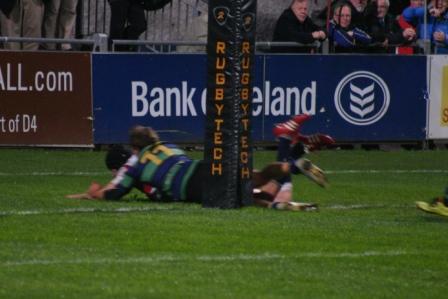 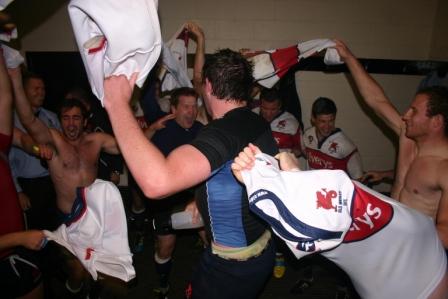 Old Wesley opened their AIL season with an exciting and dramatic win over Seapoint at Donnybrook, thanks to a little help from Roy of the Rovers.

The home team looked by far the stronger in the early stages as their pack repeatedly drove back the opposition in the loose and their lively back line tore holes in the opposition defence.  As a result Old Wesley enjoyed the ideal start when, after just 3 minutes, a scything run by Alan Large brought play close to the Seapoint line before Ben Horan drove over for the first score of the match. Barry McLaughlin converted for a 7 nil lead. Old Wesley continued to dominate for much of the first half hour but failed to capitalise on their territorial advantage.  Indeed it was Seapoint who did the scoring converting two long range penalties. Seapoint had a player yellow carded on 29 minutes for an illegal tackle however the hosts were still unable to capitalise despite a number of visits to the opposition 22.  In fact it was the visitors who finished the half the stronger kicking a penalty just before the break to lead 9-7 at half time.

After the break Seapoint continued where they left off. They were awarded a penalty after just 3 minutes but their previously reliable place kicker pulled it wide.  Shortly after they missed a relatively easy drop goal. Old Wesley’s piece de resistance came 10 minutes into the second half when the ball was fed to substitute wing Owen Stynes who showed great pace and vision to cross for the second try of the match giving Old Wesley a 12-9 lead.  Minutes late Steven Harvey looked to be away following an intercept pass however the referee adjudged him offside and from the ensuing kick the sides drew level at 12 all.

For most of the rest of the second half the visitors looked the stronger as the Old Wesley scrum began to creak and they conceded too many penalties. The sides exchanged penalties goals, then with just one minute of ordinary time remaining Seapoint looked like they had struck the killer blow with a penalty goal coming in off the upright. However in injury time Barry McLaughlin found range with a fine penalty kick from the 10 metre line to again draw the sides level.

At this stage most Old Wesley supporters would have settled for a draw however, enter Roy of the Rovers. From the kick off Old Wesley wisely kicked back into the opposition half. In the last play of the game the referee awarded Old Wesley a penalty 35 metres out on the wing, however from advantage play lock Ian McGann picked up a loose ball and showed great pace outrunning two chasers to score the winning try under the posts. Barry McLaughlin slotted the easy conversion for a 25-18 win.

This is the first time Old Wesley has won its opening All Ireland League game of the season since 2006 and comes as a welcome confidence booster for players and supporters alike.

Try Vs Seapoint from Thomas O Brien on Vimeo.