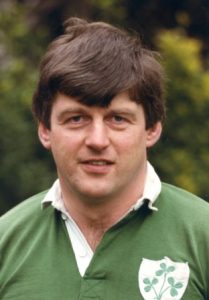 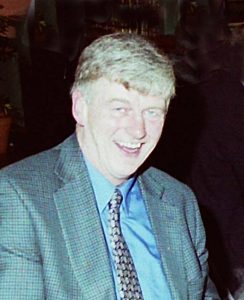 For the third time in a fortnight Old Wesley has lost one of its stalwart members, George Wallace.  George joined Old Wesley after leaving school in the 1970s and very quickly became a permanent face in the second row for Old Wesley’ senior team. Along with his brother Bob, the Wallaces formed part of a formidable Old Wesley pack that was well respected in Irish rugby.  He was elected Club Captain in 1977-78 and he was rewarded near the end of his playing career with a Leinster Senior Cup winners medal in 1985

George played for Leinster and for Ireland A, and was unfortunate not to have gained a full Irish cap.  After retiring from playing George coached some of the Old Wesley junior teams and also coached Leinster for some time.

George was a great supporter of Old Wesley, none more so than when his son Stephen was selected on the Old Wesley senior team.  He continued to be a great supporter at matches and social events until recent times when he was forced to take a back seat due to ill health.

We extend our deepest sympathy to George’s wife Jenny, son Stephen, daughter Susan, grandchildren, brothers and sisters including Bob and John and his wider family.  He will also be sadly missed by his many friends in Old Wesley.