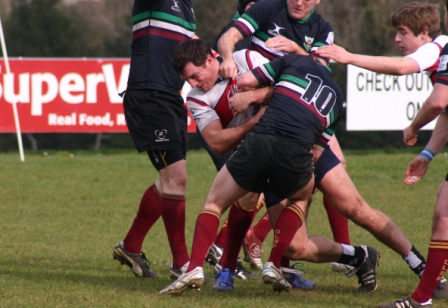 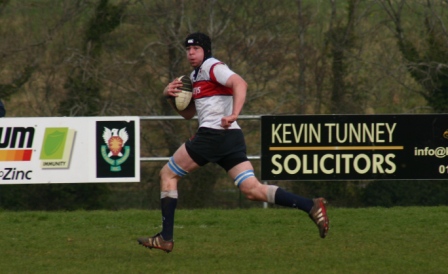 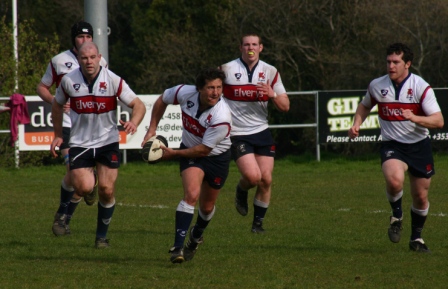 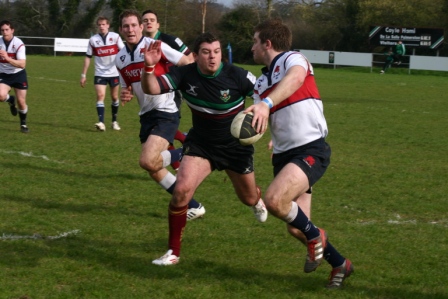 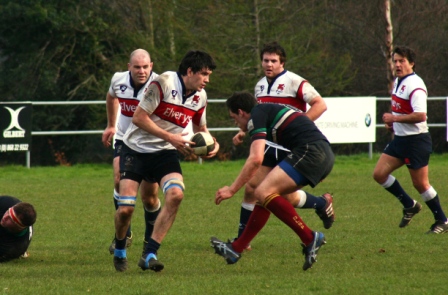 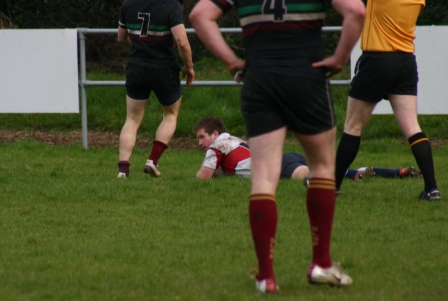 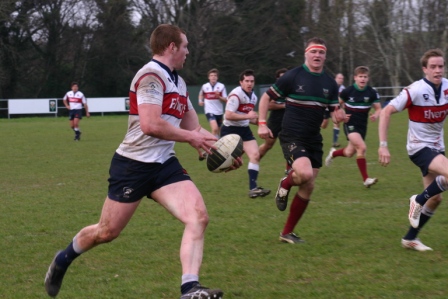 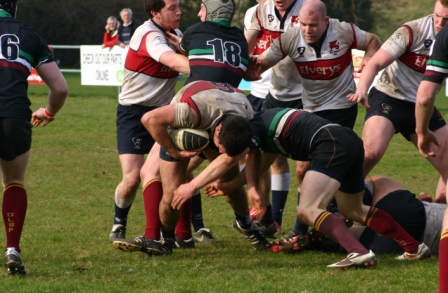 Played in near summer conditions Old Wesley got their All Ireland League campaign back on the rails in style with a winning performance against DLSP at Kirwan Park.

Wesley had a dream start when, just 3 minutes into the game, a break by Ian McGann brought play deep into the opposition 22 feeding to Rory Stynes to cross for a try in the corner. Barry McLoughlin missed the conversion but made amends shortly after nailing a long range penalty kick to take an 8 nil lead. The opposition soon responded when their out half Phil de Barra, who formerly played with Old Wesley, gave what looked like a forward pass to put their winger in under the posts. 10 minutes later a counter attack from their own 22 saw the hosts run the length of the pitch for a second try to take a 14-8 lead.

At this stage the match was turning into an entertaining end to end affair. Just when it looked like the hosts might be looking to cause another disappointing day for Old Wesley Ian McGann struck again when he picked up a loose opposition pass to sprint 40 meters to score a try reminiscent of Noel Mannion’s famous try against Wales in 1989. McLaughlin’s conversion attempt hit the top of the upright and looked to go over, however the touch judges did not agree.  This scored spurred on the visitors and with Dan van Zyl starting to dictate play at out half the balance of dominance started to swing in Old Wesley’s favour. On the half hour mark McLoughlin struck again with a penalty to take a 16-14 lead and in the final minutes of the half both van Zyl and McLoughlin were very nearly in for tries in the corner.

Wesley started the second half where they left off when five minutes in a speculative kick by van Zyl and a mix up in the opposition defence allowed Stynes to cross and touch down under the posts. Then a late tackle by DLSP’s winger earned him a yellow card, and from the ensuing penalty McLaughlin extended the Old Wesley lead to 26-14.

As the game entered its final quarter there was some concern for Old Wesley when they were reduced to 14 men as David Whately was shown yellow for a ruck infringement. DLSP opted to go for touch and sure enough following a serious of attacks eventually crossed for a converted try to bring the score gap to just 5 points. However McLoughlin then restored the key two score lead with a well struck penalty. There were more scoring opportunities for both sides however the scoreline remained unchanged allowing Old Wesley to rejoice in their first win in six matches.

There were some fine performances in this match. The front row of Davy Henshaw, Jamie Boyle, Mark Southern and sub hooker David Whately were rock solid all day. Ian Mc Gann had his best game for Old Wesley and he and John Carroll worked well in the line outs. Out wide Richie Jermyn and Barry McLoughlin showed great passing skills causing major headaches for the opposition defence. And on his senior debut young Jon Kennedy certainly did not look out of his depth on the wing.

This much needed win lifts enormous pressure off Old Wesley and we are now guaranteed to stay in Division 2A for next season.