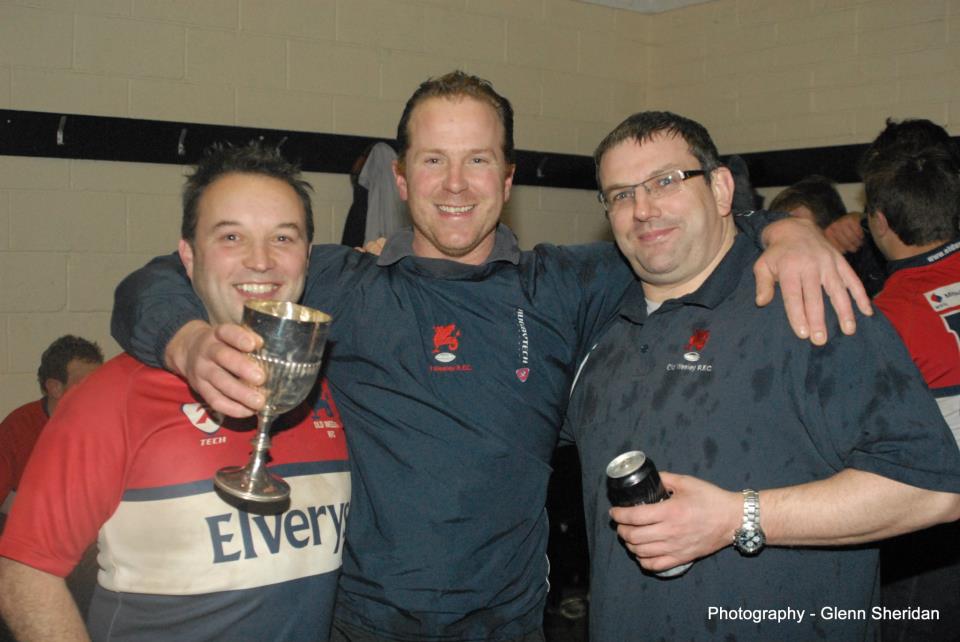 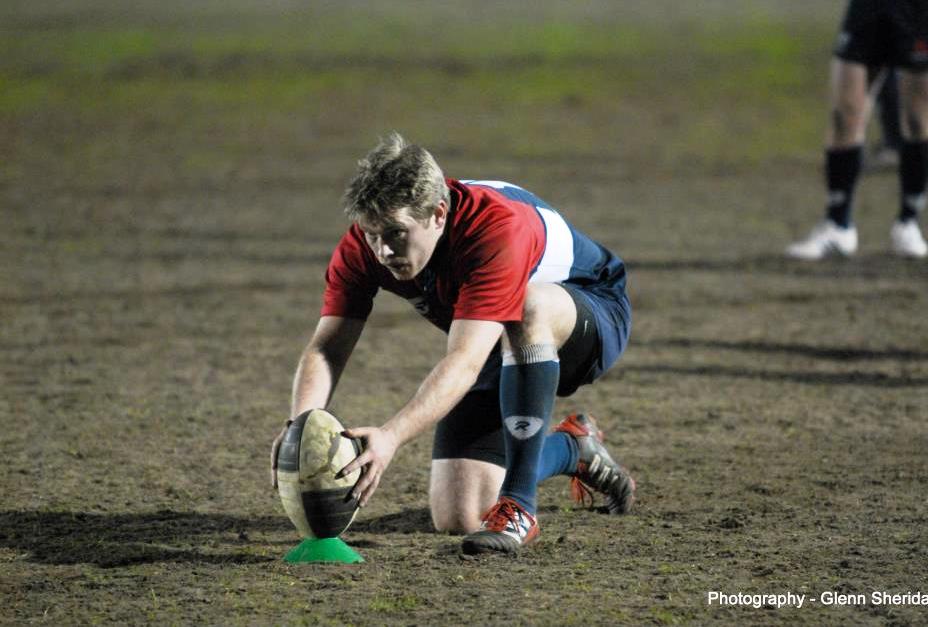 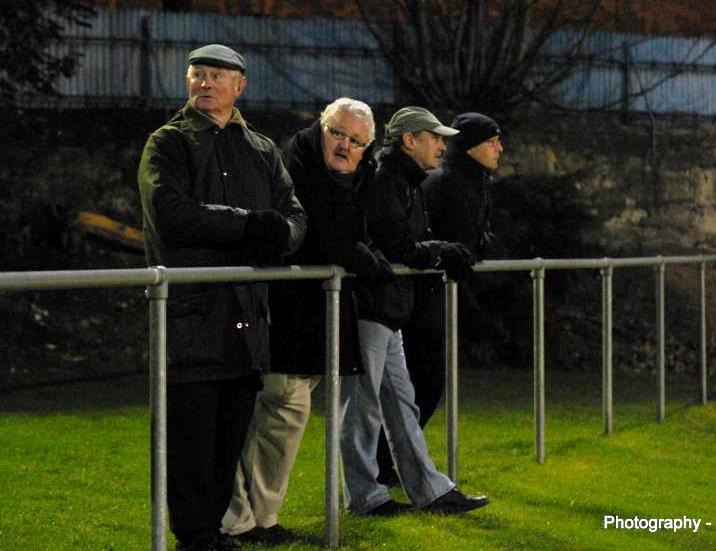 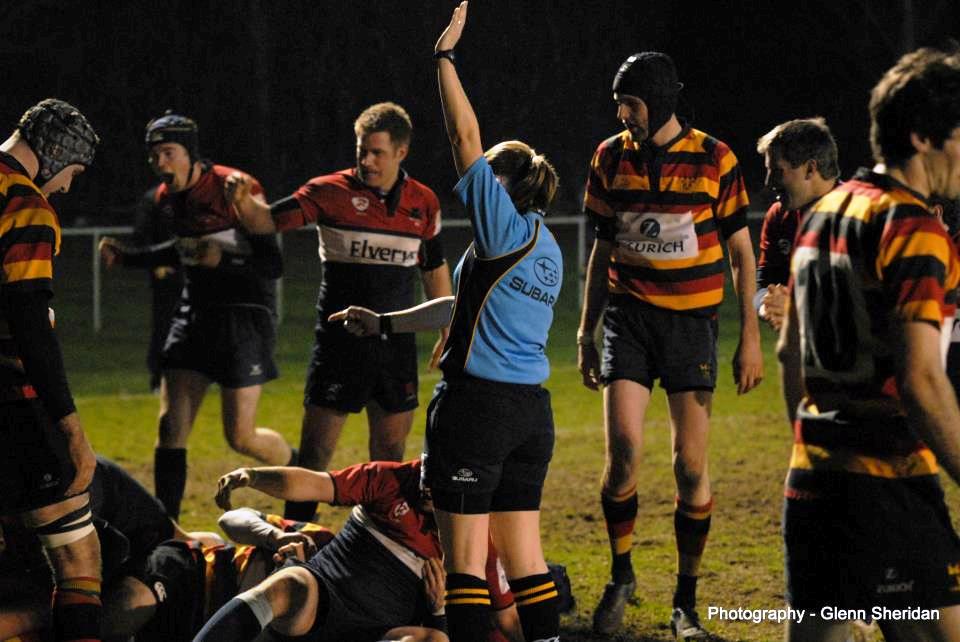 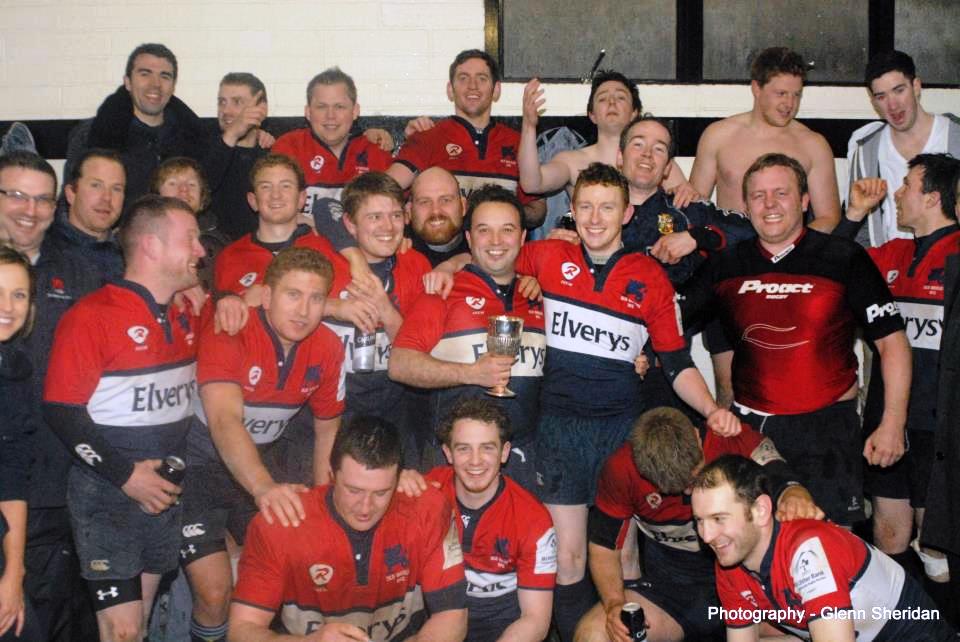 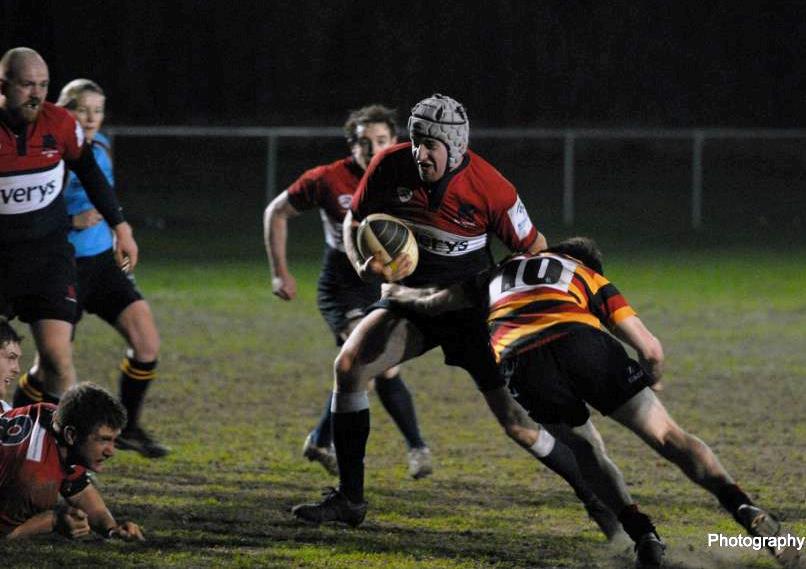 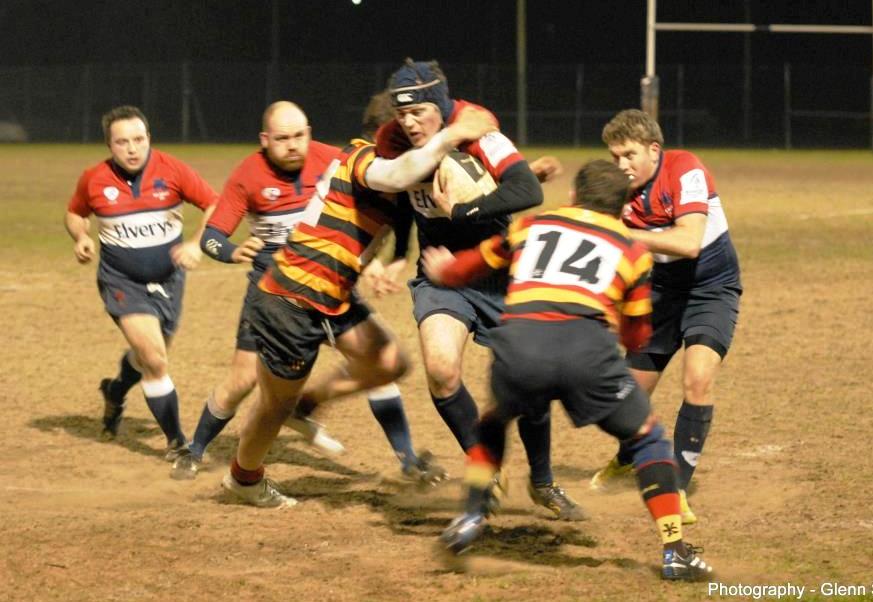 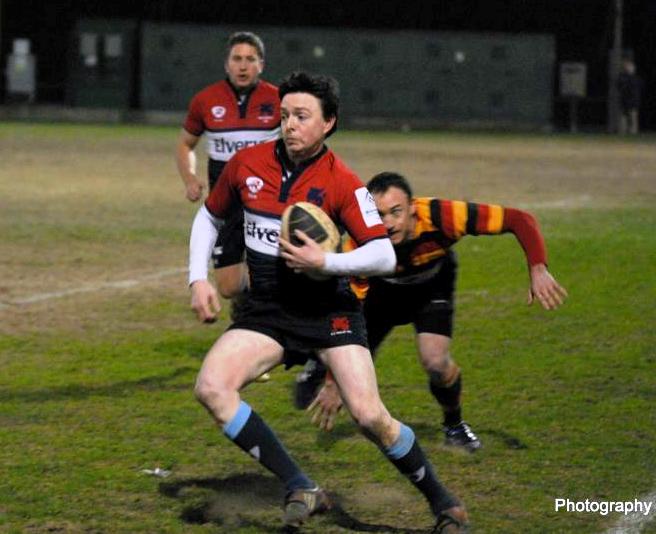 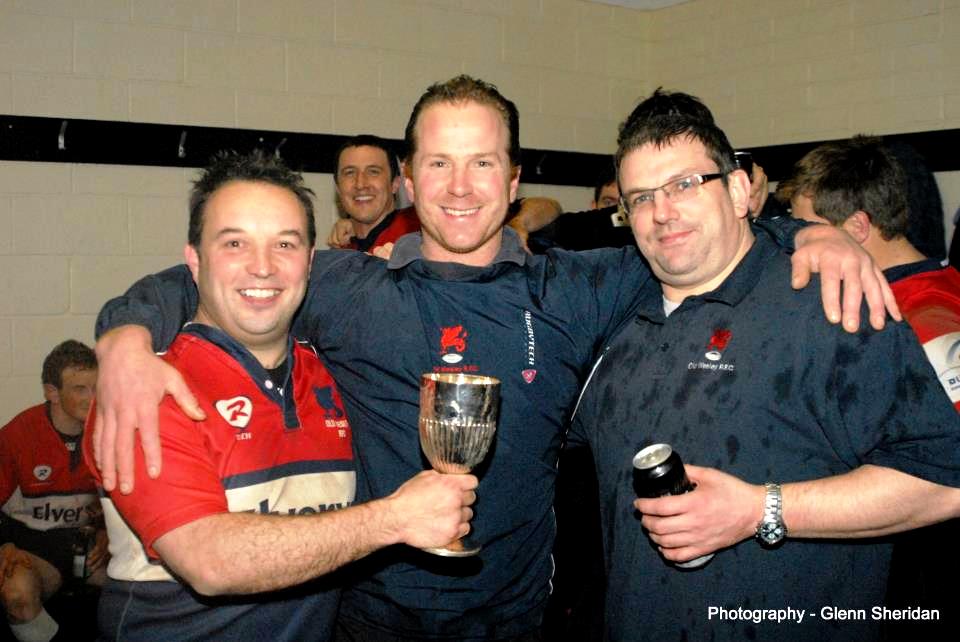 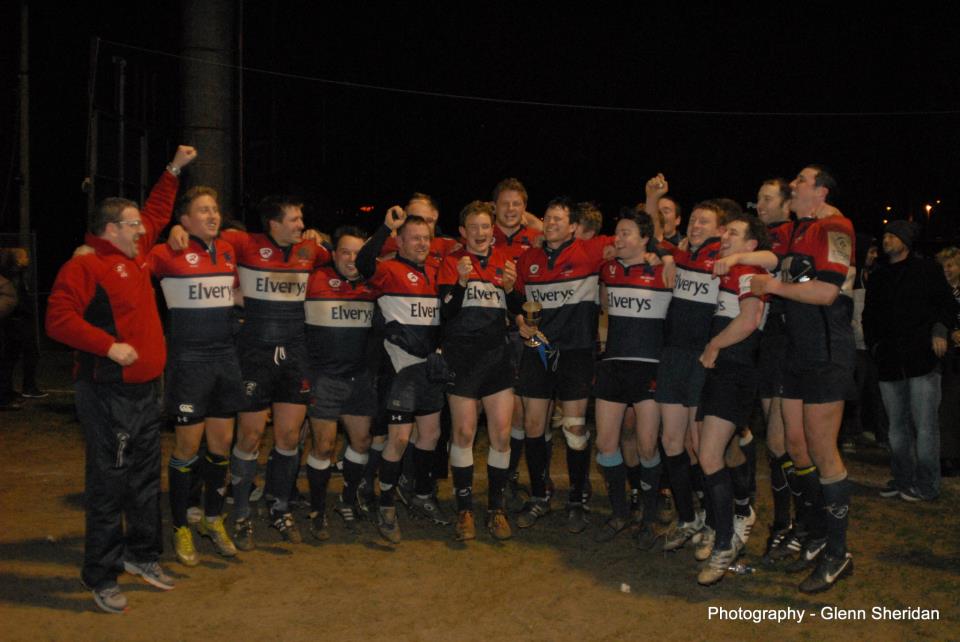 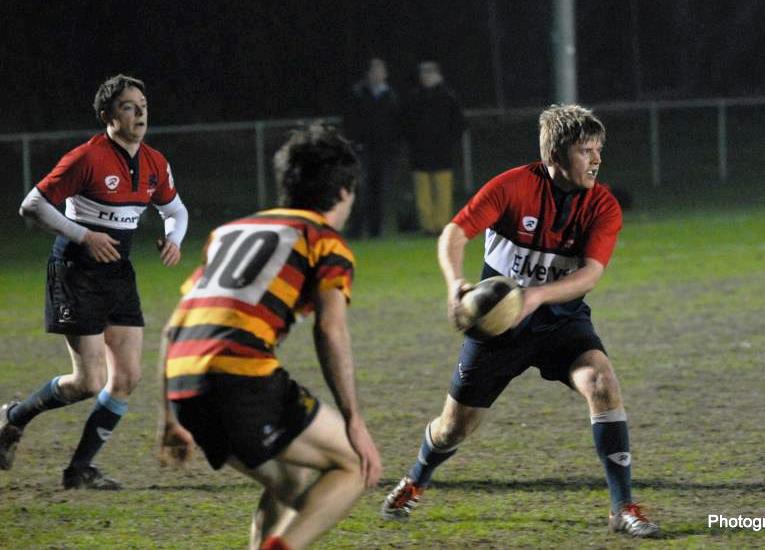 Old Wesley’s J3s were crowned league champions last Friday night when they took on a highly fancied Lansdowne side in a winner takes all top of the table league clash.

Old Wesley took to the pitch as underdogs (and three points behind their opponents in the table), despite being unbeaten on the back pitch at Donnybrook in three seasons. They were up against a huge Lansdowne pack with a no. 8 that would not have looked out of place in any senior side and who made his presence felt. From the whistle Lansdowne were reluctant to get into a dog fight with the Wesley forwards but that is exactly what happened and to their credit Wesley were never found wanting in the physical confrontations. Indeed there were some heroic performances from the likes of Craig Petrie, Shane Davey, Mat Laporte and Neil Stanley up front. The backline never gave their opponents an inch, with huge performances from scrum half Sean O Neill, Richie Thompson, Jamie McConnell and Brian Doherty.

Old Wesley opened the scoring with a penalty from Richie Thompson who traded kicks with his opposite number but it was not until Wesley were awarded a penalty and they decided to go for the corner that the first try of the game was scored. Old Wesley certainly believed they could get the upper hand over the Lansdowne forwards and they demonstrated their forward prowess when, following a fine line-out take and an unstoppable maul, Shane Davey crashed over for the opening try which Richie then converted. Lansdowne were never far away in this contest and a mistake from either side, you felt, could be the difference in winning and losing the league and they came back with a try of their own to bring the score to an agonizing 13 – 11 with half an hour left to play. The tension was palpable to all those in attendance, especially as Lansdowne had dragged themselves back into the game early in the second half. Coach Leeson used his bench well, bringing on Trev Farrar, Karl Kelly and Johnny Willis when Lansdowne had most of the possession and were pushing hard for that final penalty or drop goal that would have given them victory. Time and again there were massive hits, turnovers and try saving tackles made by the Wesley team. This J3 team (and squad) showed a real hunger and desire and it was their sheer will to win that finally brought the rewards that they fully deserved after an incredibly tough season. What made victory even more incredible was that they had to play the final 10 minutes with only 14 men as Wesley had a forward sent to the bin. Both league victories over Lansdowne were packed with tension, with Old Wesley’s commitment and defence evident to those in attendance. Each result rested on a knife edge for much of the game. Both times Wesley showed greater mettle and took the honours by holding on to the ball and hammering their opposition up the middle, showing them how to ruck, drive and most importantly working together for each other.

In what felt like an eternity the final five minutes were unbearable for Coaches Leeso and Kinners with only a two point cushion.  But eventually the ref blew her, yes her, whistle to wild celebrations from the Wesley players, management and the sizeable support. It was obvious how much this victory meant to all of the players, subs and management as this was a league fought out over 14 matches against all of the best clubs in Leinster. The fact that the J3s only lost two games out of 14 is a credit to the management who fought every week to get the best out of this squad and also a credit to everybody who helped out over the season. There were a number of players in particular who made huge contributions over the league campaign, such as Gary Hamilton, who played every game this season, and whose commitment and effort were crucial. Gavin Hunt played excellently anytime he was called upon and injured players such as Kyle Petrie, Rob McNaughton, Ronan Sheridan, Andy McCormick and Keith Kane all made valuable contributions. Chris Pratt was unavailable as his son Josh was born on Saturday.

The celebrations, reportedly, went late into the night and were recommenced early the next day with the gleaming and freshly polished J3 League Trophy. Yet more talk of retirement surfaced, as David Swaine was photographed hanging up his boots (requiring the help of some of the taller members of the squad to actually reach a peg to hang them on) after the game and will probably now follow his front row colleague Stuart Kinlan into management. Indeed Kippers Kinlan was heard to remark that this ranked up there with the Queen’s Silver Jubilee in 1977. Either way the close loss to Lansdowne in the final of last year’s Moran Cup final has been suitably avenged – indeed only 7 points separated the sides over the three fixtures in question.

All in all it was a great day for Old Wesley RFC who have only ever won this trophy once before, in 1991 when captained by Niall Dineen. Moreover to top Section B last year, to win promotion, and then top Section A this year is an amazing achievement.