It is with much regret I must inform you of the passing of our former Club Captain and oldest member Jack Sweetman.

Jack played senior rugby for many years during the 1940s and 50s and was captain of the club in season 1949-1950.  He also gained a number of caps for Leinster.  He continued as an active supporter of Old Wesley for many years after retiring from playing.  Jack was last in the club for the opening ceremony of our new pavilion in September 2016.

Our thoughts and prayers are with his family and I would like on behalf of all members of Old Wesley to offer our deepest condolences.

May he rest in peace.

On behalf of Old Wesley RFC

Photo below shows, Jack with one of our youngest club members at the pavilion opening last September, and, as captain (holding ball) of the 1949-50 cup team. 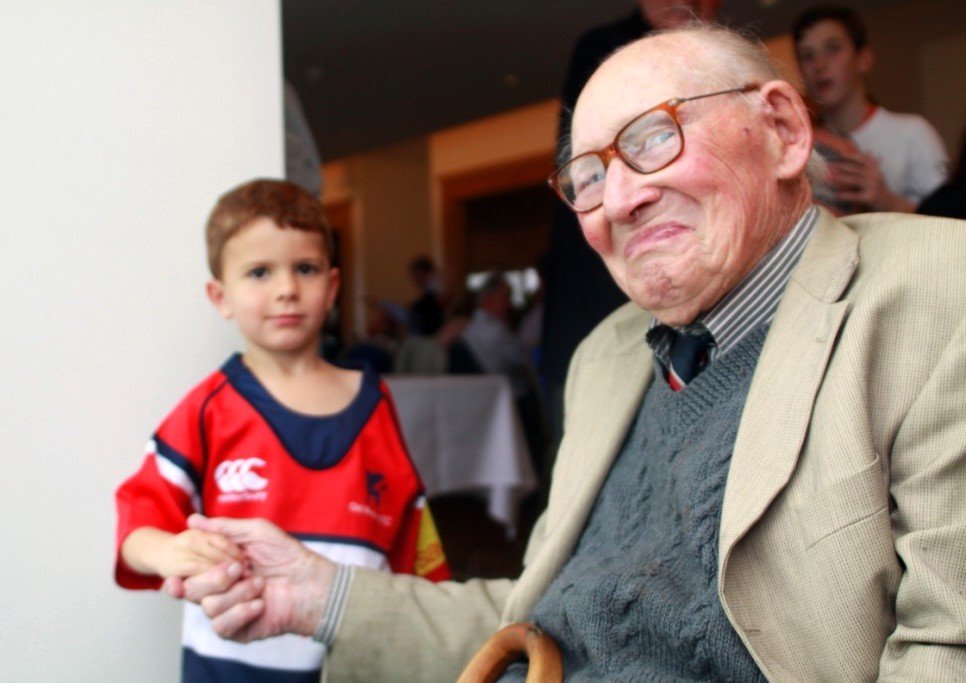 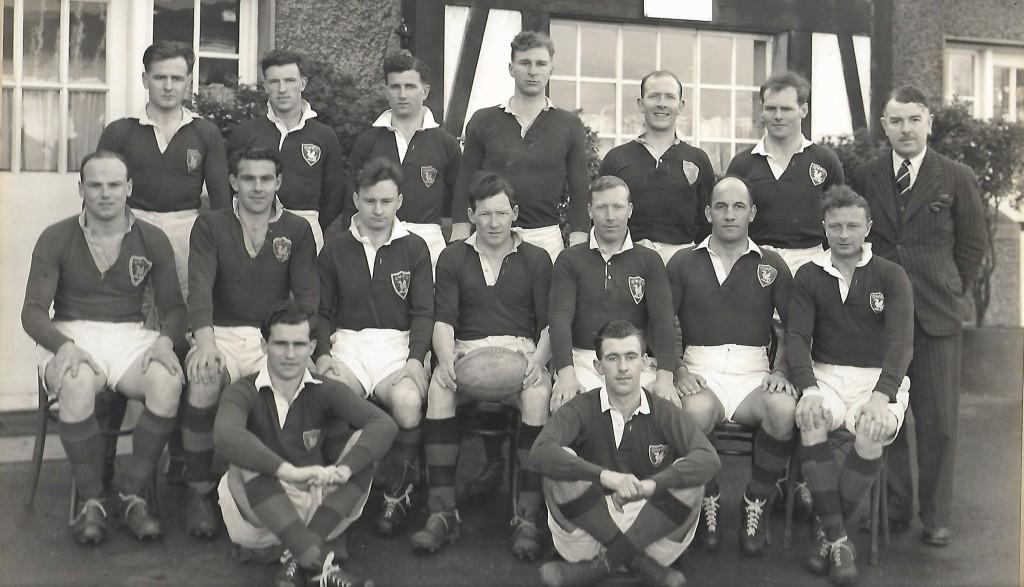