Junior Player of the Month 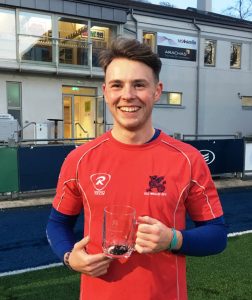 Having returned back to the club from several years “living it up” abroad Luke’s contribution to junior rugby in the last couple of months was immense.  He was instrumental in helping the 5ths get to and win the Metro 6 League Final Against Old Belvedere.

In March Luke also became very much part of the 4ths Moran Cup Success having been drafted up as cover due to injuries, coming off the bench to play an outstanding game in the Moran Cup Final final against Greystones.  Congratulations Luke 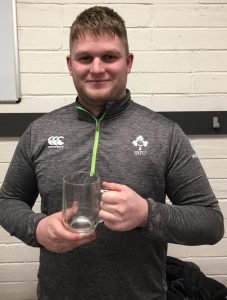 The Junior Player of the Month for February is Colin McDonald

Colin McDonald is a most popular choice amongst his fellow team mates and a unanimous decision from all the Junior coaches and management. Colin was been ever present thought out the season for both the 3rds and 4ths. His enthusiasm though the whole season is what makes club rugby so special. He rarely, if ever, misses a training session, and is usually first there and last to leave; even forgoing a night away to celebrate his brothers recent graduation (Well done Mark!) to play in a recent must win 4ths game against UCD; a win which put them into the Metro 4 Playoff final.  Congratulations Colin. 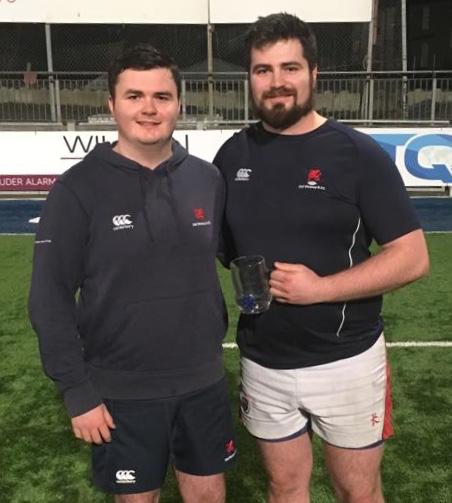 Congratulations to Iain and Sam Pollock, the joint winners of the Junior player of the month for January 2019. Iain and
Sam have played for the 4th’s and the 5ths on most weekends this season! Both of them represent everything that is good
about Junior rugby in Old Wesley; their levels of commitment are admirable, they are incredibly dependable, they never give
anything less than 100% on the pitch and they both play with a sense of fun. Well done lads, this is a unique achievement  and
it is richly deserved. 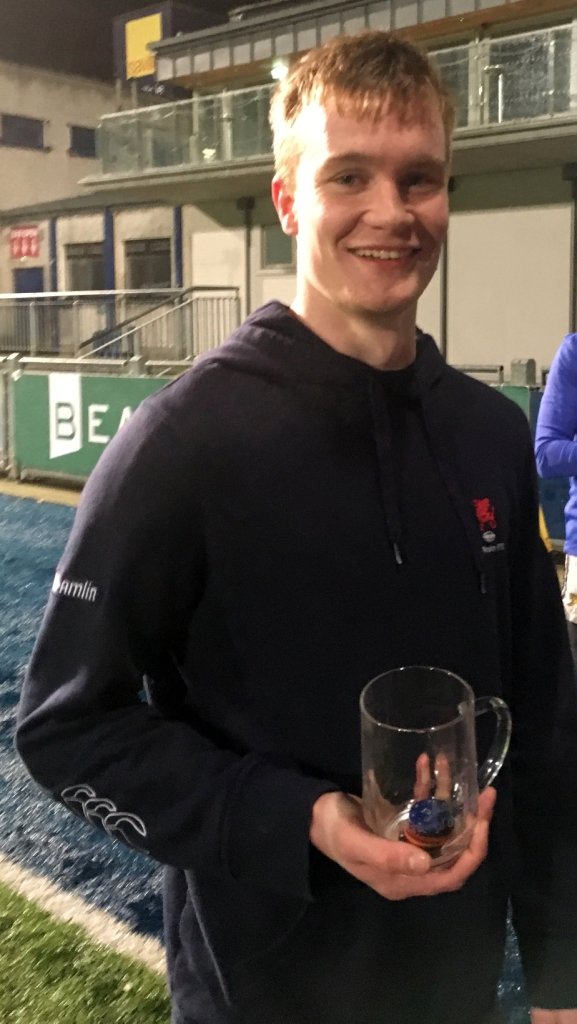 The Junior Player of the Month for December is Jamie Boyd.

Jamie has been an integral member of the 3XV league campaign to date and his performances  both in attack and defence have been consistently high all season.  His performances have helped the team to their current standing on top of Metro League2.

Jamie’s ability to cover multiply positions across the back line is also invaluable to the squad. 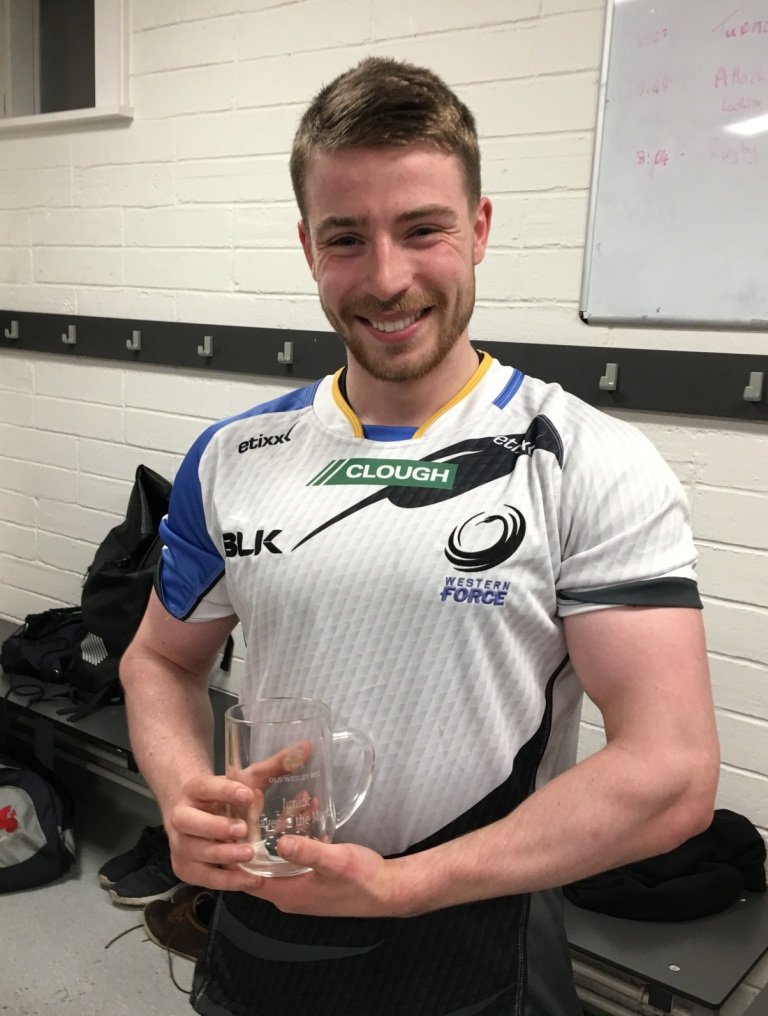 The Junior Player of the Month for November is Cameron Wood.

Cameron has been an integral part of the 5ths squad this season, who sit at the top of the Metro League 6 at the end of November, going into the 2nd half of the season. He has also been very much part of this our very successful 5ths team over the past few seasons helping them win two back to back League & Cup Doubles. This season he has continued to impress not only on the playing front but also with his overall contribution to training every week, where he has stepped in and made himself available to both the 3rds and 4ths squads.  He finished off the month by coming off the bench to help the 4ths beat UCD in a tight game. 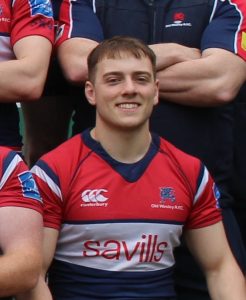 The Old Wesley Junior Player of the Month for October is David Priestman.

David, who plays on the 4ths, had some notable performances during the month and scored four tries in one match. He also displayed a positive club attitude in attending a 3rds match at short notice following a cry off. 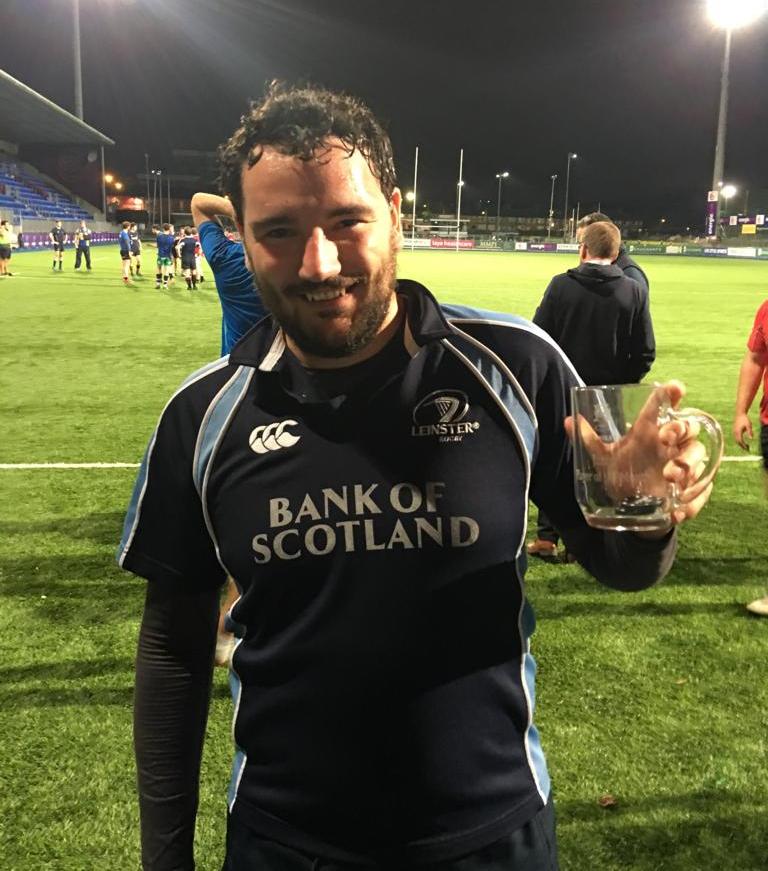 The Old Wesley Junior Player of the Month for September is Jeff Dand.

Jeff was an integral part of the 3rds team that won their two opening Metro Divison 2 matches against St Mary’s and Lansdowne. Congratulations Jeff.