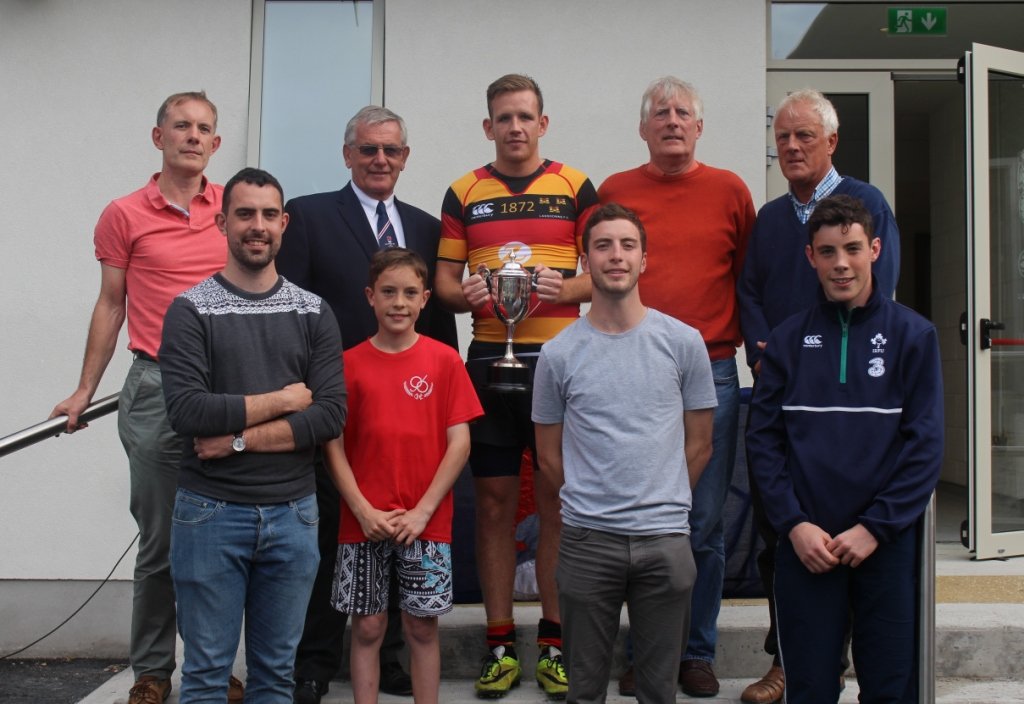 After a gap of over ten years the Old Wesley Junior Festival returned to Donnybrook last Saturday, 10th September.  The event took place in perfect Indian Summer conditions on the two all weather pitches in Donnybrook and also served as an unofficial opening of the new Old Wesley Clubhouse.

Seven teams participated in the competition which consisted in a series of 12 minute each way matches. Old Wesley fielded two teams and Bective Rangers, Lansdowne, Old Belvedere, St. Mary’s and Terenure represented the visitors. Both Old Wesley sides narrowly missed out on reaching the final which was played between Lansdowne and Old Belvedere.  Lansdowne prevailed and were presented with the Copeland Cup in memory of the late John Copeland and each player on the winning side received a Cantebury t-shirt.

John Copeland was an Old Wesley member who died in tragic circumstances in 1975.  Members of his family including brothers Ned, Bruce and former Old Wesley Hon Treasurer David, together with David’s sons Conor, Arran, Eoghan and Darragh who also play in Old Wesley were also in attendance.

Photos above.  Old Wesley President Dave Pierce with the Lansdowne team captain John Sparks and members of the Copeland family. More photos below.