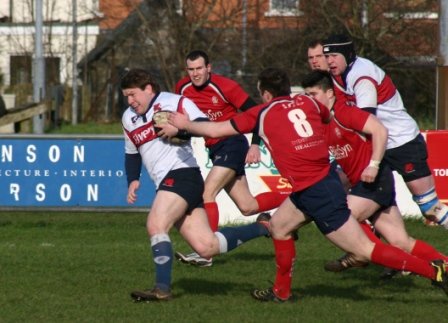 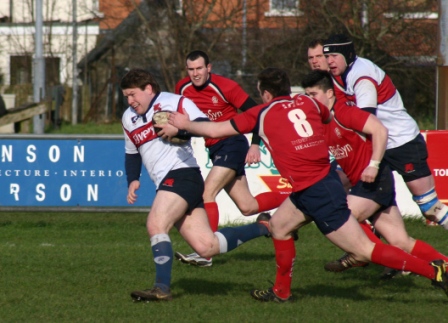 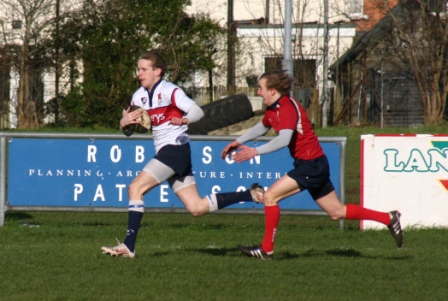 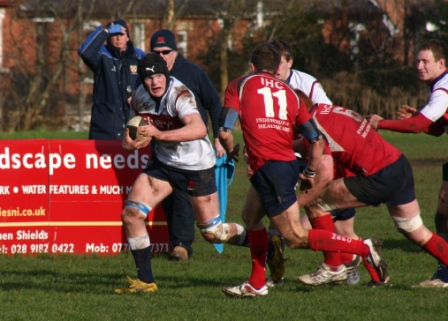 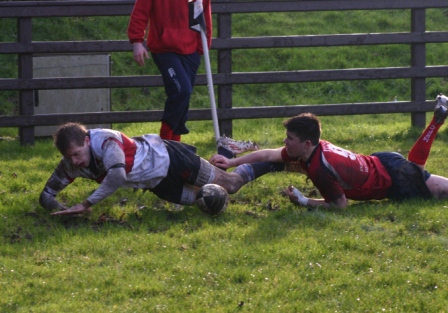 After a promising opening 35 minutes during which they played into a strong wind, Old Wesley capitulated and ended up suffering a comprehensive defeat at the hands of Malone at Gibson Park.  The damage was done during a period of ten minutes either side of the interval break when Old Wesley conceded 3 trys (17 points), two of which were scored from deep inside the home side’s territory.  The only consolation for the Donnybrook side on the day was that other results went generally their way and they remain in mid table with four rounds of matches left to be played in Division 2A of the Ulster Bank League.

Old Wesley played into the elements in the first half on a firm pitch, and enjoyed a stream of good possession early on as their pack, in which Colin Wallace and Ivan Campbell were prominent, tore into the loose exchanges.  The set scrum, however, was under pressure and the late cry off of second row Philip Hosie limited line out options.  Always willing to spread the ball wide the visitors back line lacked penetration, while wing Barry McLaughlin proved a real thorn in the Malone defence through several threatening counter attacks.  Indeed, McLaughlin was unfortunate not to open the scoring on 17 minutes when he was caught short of the Malone line following a 60 metre dash out of defence.  A minute later the home side moved the ball the length of the pitch with some fine interplay between backs and forwards, to score a converted try under the posts. A penalty goal followed shortly after when the Old Wesley defence strayed offside under their own posts.  As Malone increased the pressure leading into the interval the Old Wesley defence stood firm before conceding a late unconverted try to leave the half time score at 15 – 0 in Malone’s favour.

A disastrous start to the second half for Old Wesley extended the deficit to 27-0 and all prospects of a recovery were gone.  To compound the visitors’ problems a heavy sleet shower followed and the strong wind died away.  At this stage the Malone backline was causing havoc and creating overlap situations almost at will.  This produced two further touch downs and a scorline of 39 – 0 before Barry McLaughlin produced a consolation try for Old Wesley.

This was a poor result for Old Wesley but does not reflect a very spirited first half performance in which they kept pace with a very useful Malone outfit.