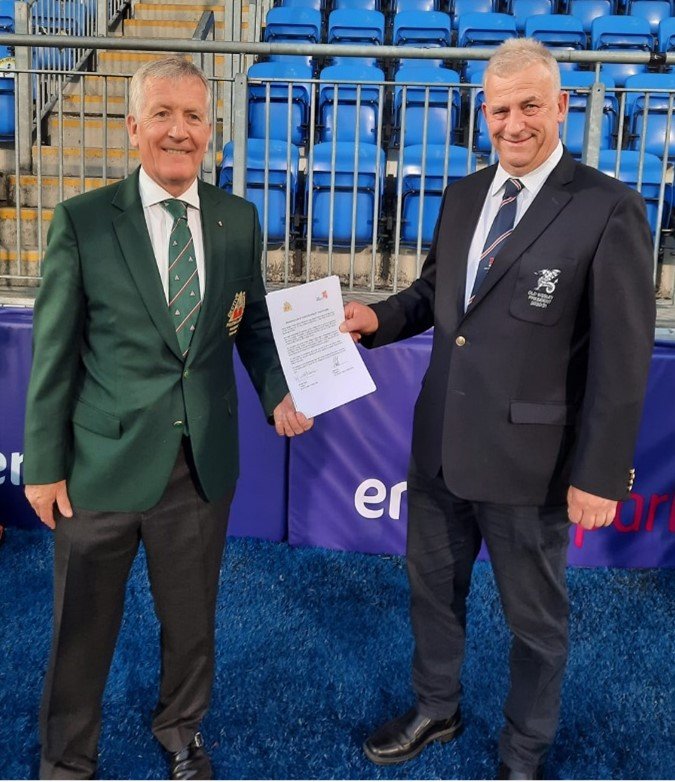 Old Wesley RFC and Bective Rangers FC formalised their working relationship at Youth rugby level with the signing of a Memorandum of Understanding between both clubs, by their respective Presidents, Nigel Poff (Old Wesley) and Michael Flood (Bective). The Memorandum combines Old Wesley and Bective players, coaching and administrative functions from u14 to u18 under the “Donnybrook” banner.

This partnership has been built off the successful establishment of the current U18s “Donnybrook” Team managed over the few years by Ed O’Donovan and Tanya King which goes from strength to strength and has now resulted in the extension of this relationship to include the current U14 and U15 squads.

In this endeavour both clubs have recognised and acknowledged the challenges in fielding sufficient players at youth level, particularly from u14’s upwards. Through this initiative they hope to build a platform from which players from both clubs can continue their competitive participation in Rugby through school playing ages. The Club Presidents were joined by a number of the Old Wesley and Bective youth coordinators and coaching staff to mark the occasion.