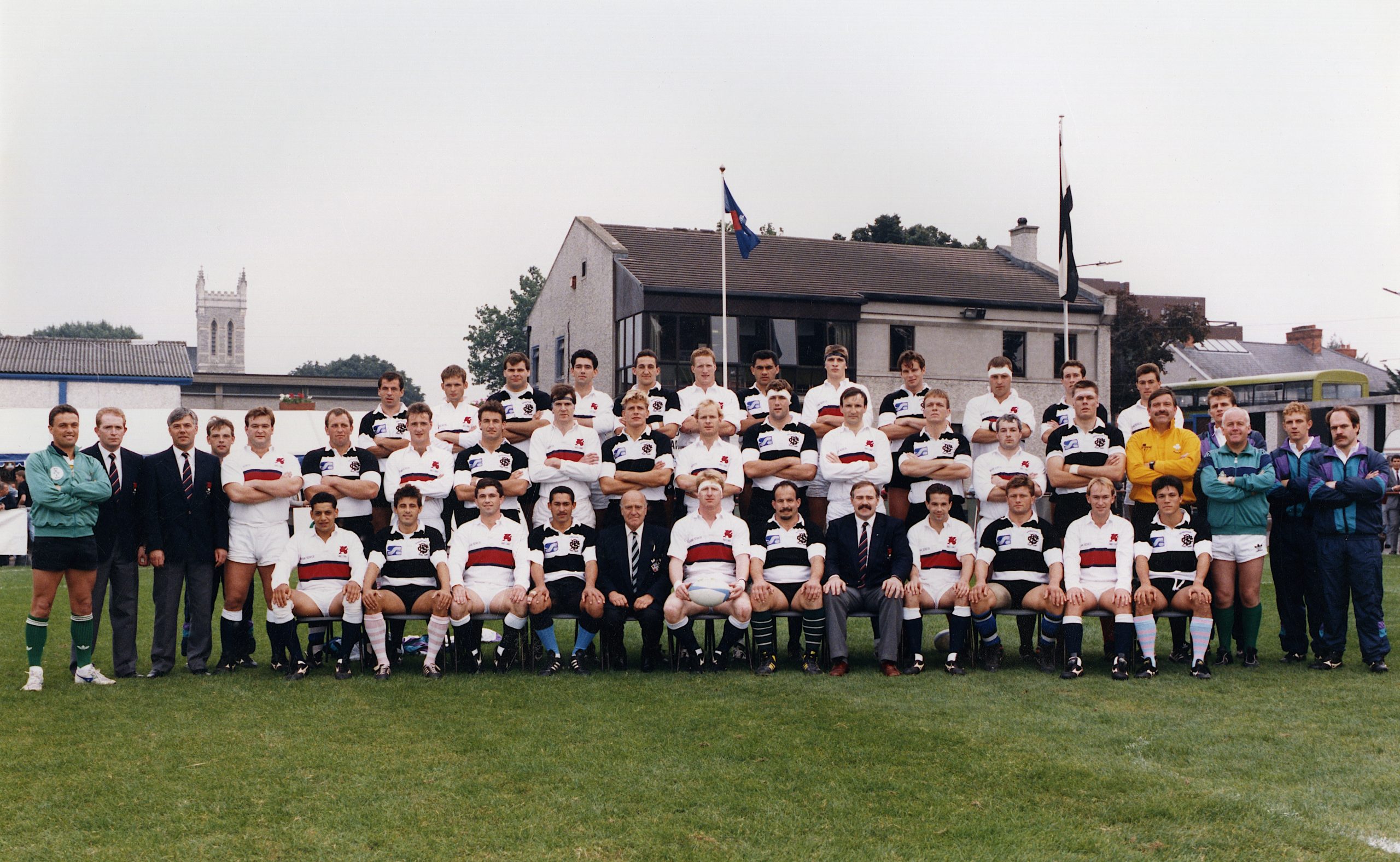 That Drop Goal 29 Years Ago

Any Old Wesley member over the age of 45 and some even younger will remember well where they were 29 years ago. On the 100th anniversary of our founding they witnessed one of the most famous games in the history of the club – Old Wesley v The Barbarians in Donnybrook.

Not many gave Old Wesley any hope against a star studded opposition that included household international names like Pierre Berbizier, Enrique Rodriguez, Tony Underwood, Graham Dawe, Eric Rush, Brian Spillane, Colin Stephens and many more. But the Wesley side captained by Chris Pim had different ideas and took an early lead with a try by Deryck Vincent. Further tries by others including Robbie Love, Chris Pim, Des Jackson and Michael McArdle give Wesley a lead well into the second half. But a Babas comeback led by the brilliant All Black Eric Rush looked ominous and when Colin Stephens kicked a conversion in injury time to take a 2 point lead it looked like it was going to be another nearly result for Old Wesley. But from the restart the ball quickly went to Adrian Hawe who launched the sweetest of drop kicks from the 10 meter line. The ball split the posts and the rest is history. Final score Old Wesley 37 Barbarians 36.

It was a wonderful day for Old Wesley and up until recently Old Wesley were the only Irish side ever to have beaten the Barbarians on Irish soil. Some achievement.