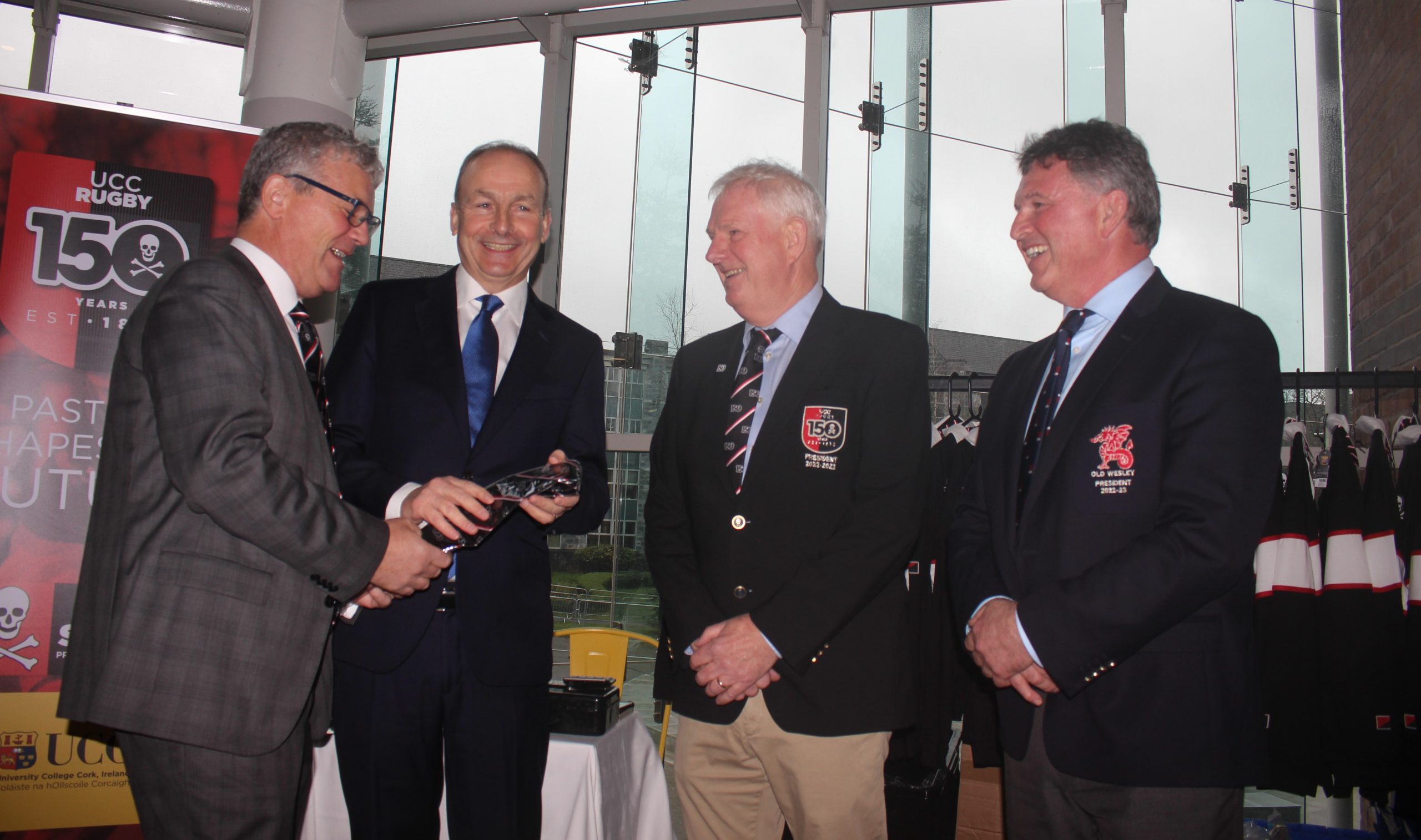 As well as the match last Saturday, the game was preceded by a Colours lunch as part of UCC’s 150th anniversary celebrations.  Because no other university plays in the same league as UCC, Old Wesley was invited and honoured to be their opposition in their annual Colours match.

The lunch was attended by 270 people and the guest speaker was An Taoiseach, Micheal Martin. The other speakers were Finbar Dennehy, President of UCC RFC, John O’Halloran, President of UCC, and of course President of Old Wesley, Robert Love.

The lunch was also attended by many other Old Wesley members and ex members with UCC links.