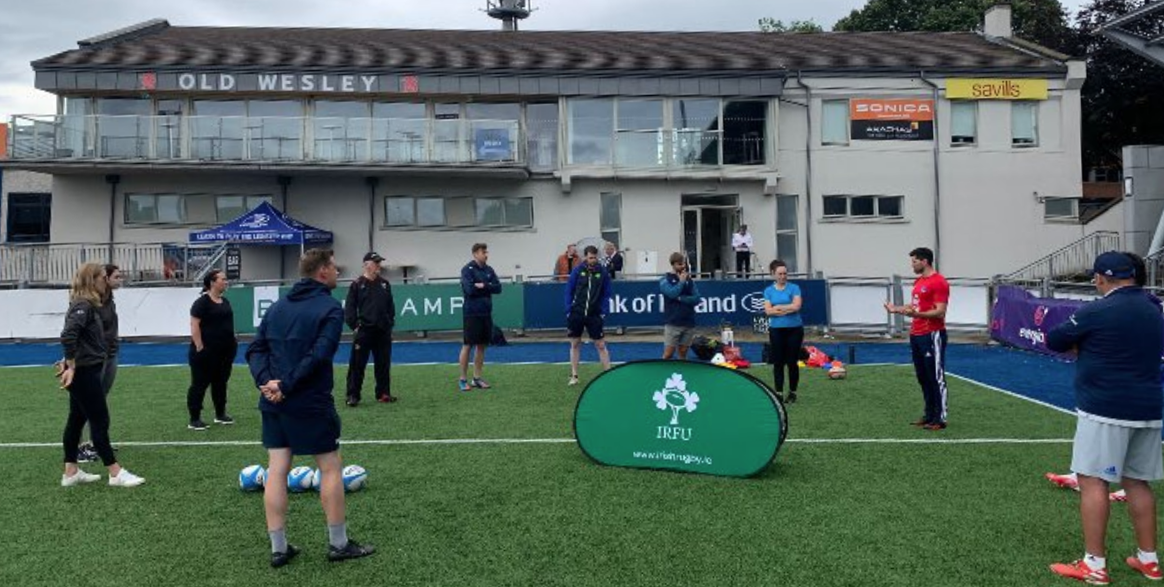 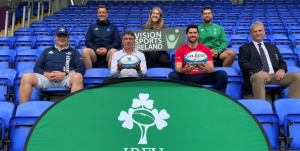 The IRFU, in partnership with Old Wesley RFC, Vision Sports Ireland and The Change Foundation, has concluded a series of a coaching workshops for volunteers interested in coaching Vision Impaired (VI) Rugby, in preparation for a programme of practical events for VI participants in the coming months.

The course concluded on Saturday 21st August at Old Wesley RFC in Dublin, and feedback on the initiative has been extremely positive.

Former Italian international Ian McKinley was among the presenters at the workshop. McKinley, who recently took up the role of Head Coach at Rainey Old Boys, is an ambassador for the Change Foundation.

We are really excited about the launch of the programme and giving people with a vision impairment the opportunity to enjoy the physical and social benefits of playing rugby and being part of a club.”

The Pilot Scheme will be held in Old Wesley RFC in Dublin, from 12.00pm to 1.00pm on the following dates: