At the Association of Referees, Leinster Branch Annual Dinner last Saturday 23rd March, Old Wesley was presented with the Terry Doyle Memorial Club of the Year Award for 2018-19.  This was the second year in a row that Old Wesley has won this award, and we are the first ever back to back winners.

The award is decided on based on referee changing facilities, pitch conditions and markings, pre and post match hospitality, captain co-operation and team attitude. 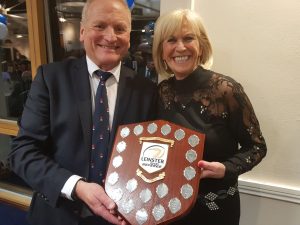 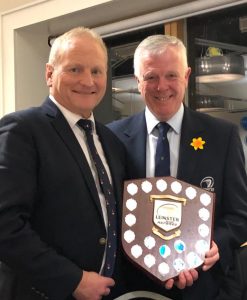 1. Willie Campbell being presented with the trophy by Deirdre Doyle.

On a related subject Old Wesley continues to be well represented in the Referees Association. Glenn Sheridan had the honour refereeing the recent Schools JCT Final, following in the footsteps of his father Wayne, who refereed the same match in 2002. See photo below.Congratulations to Glenn and Wayne. 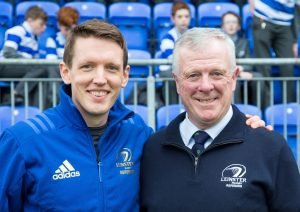