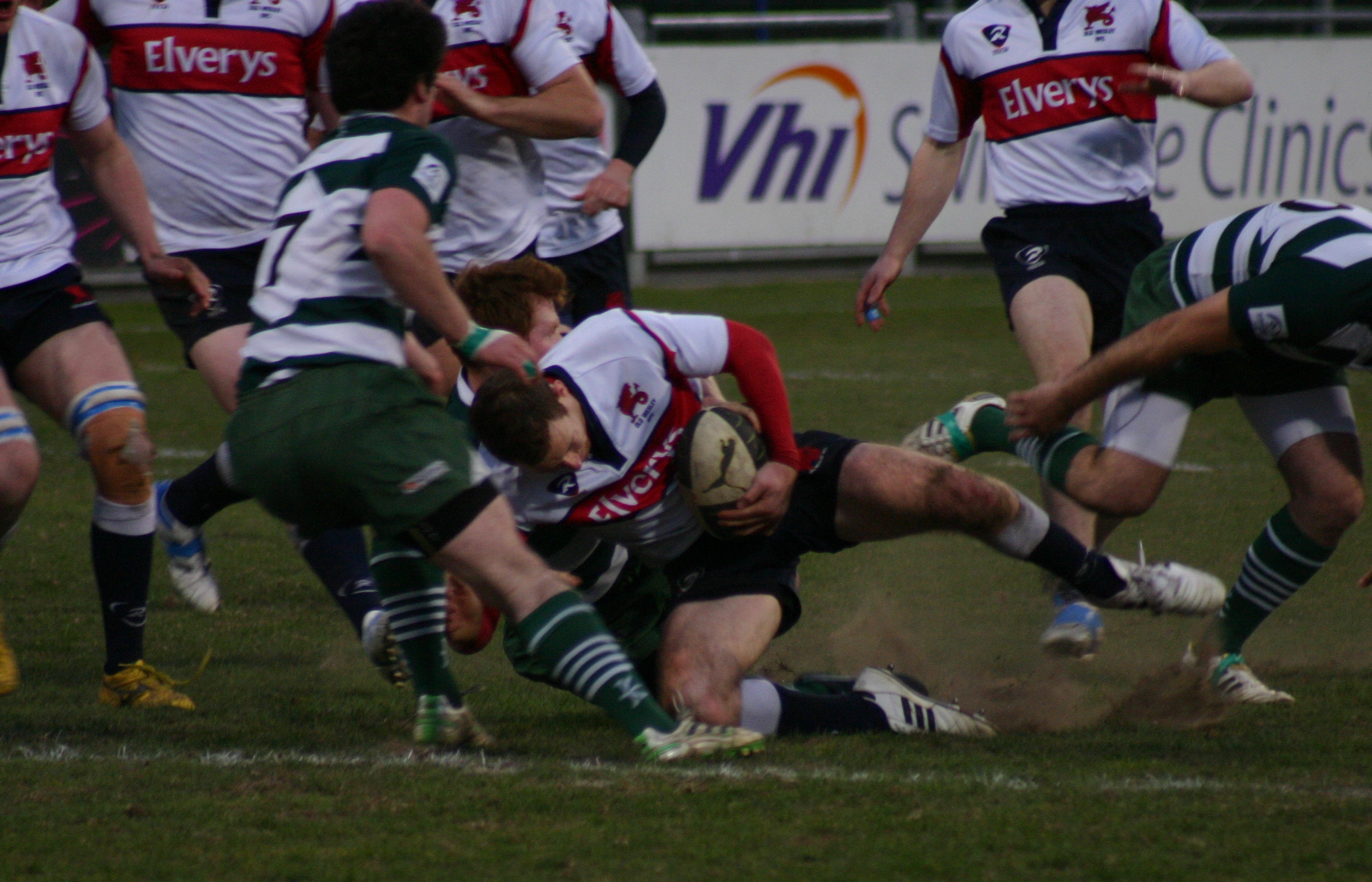 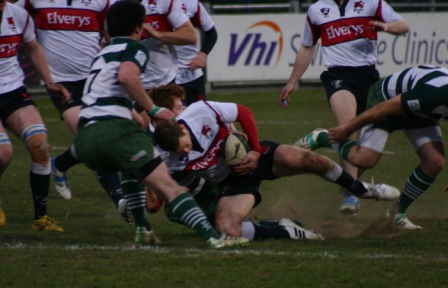 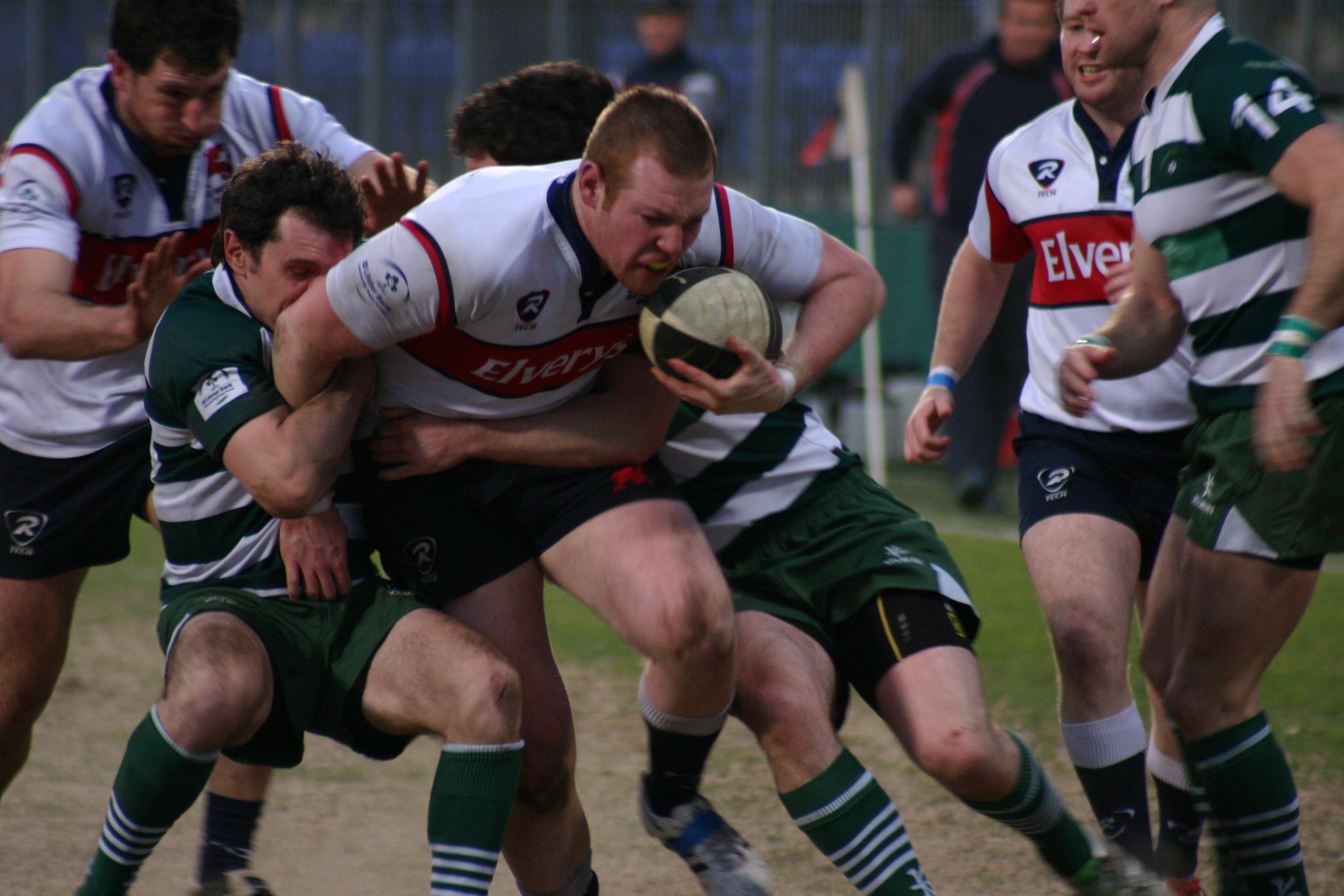 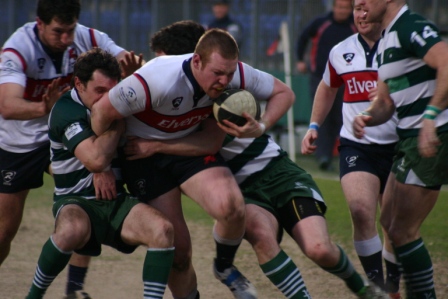 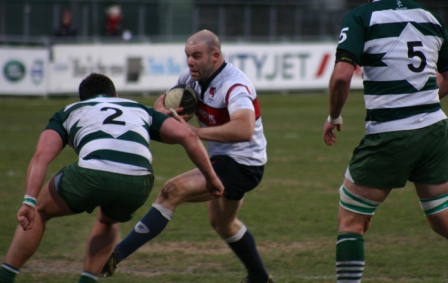 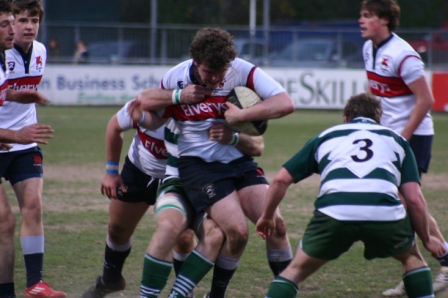 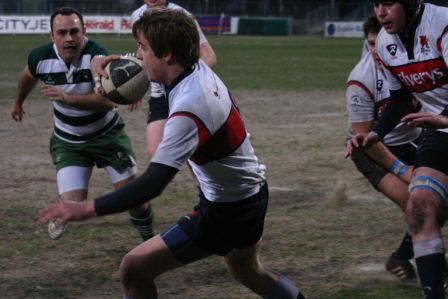 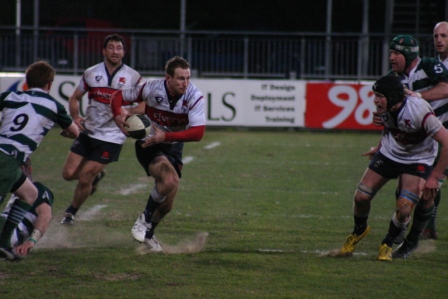 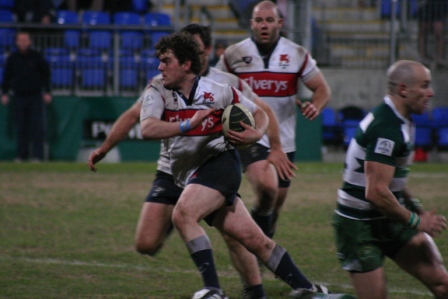 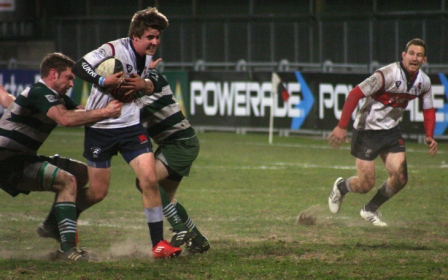 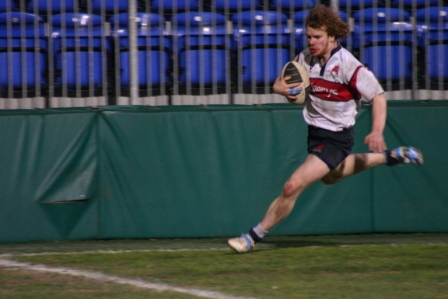 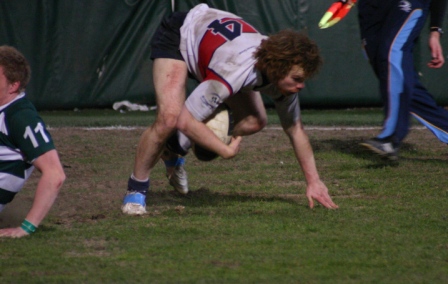 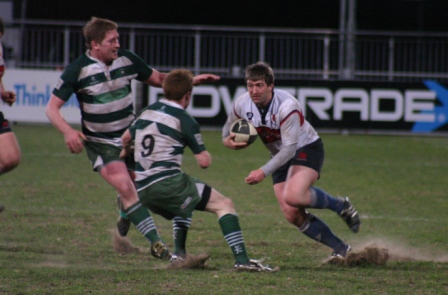 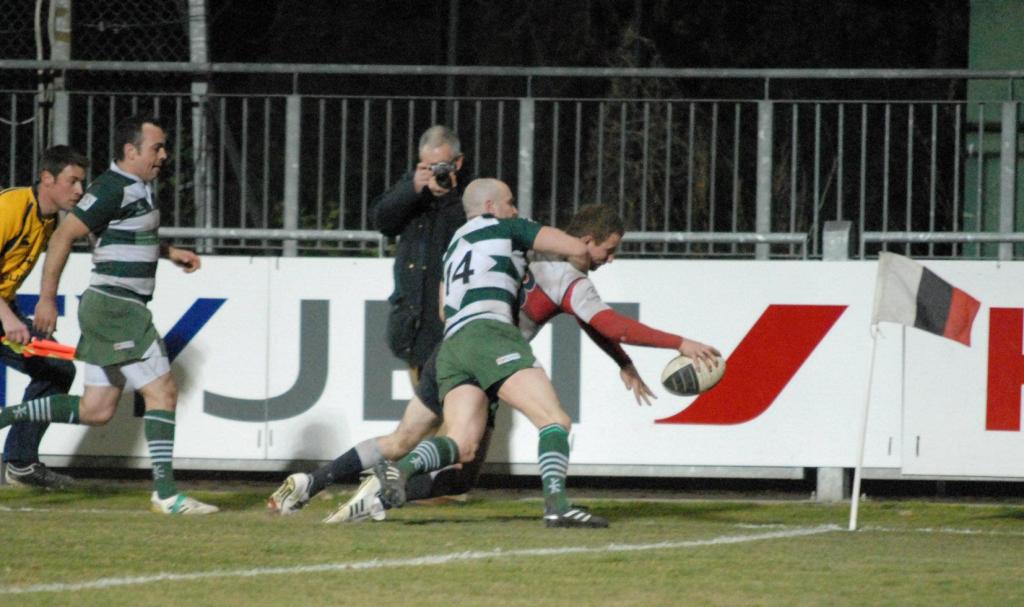 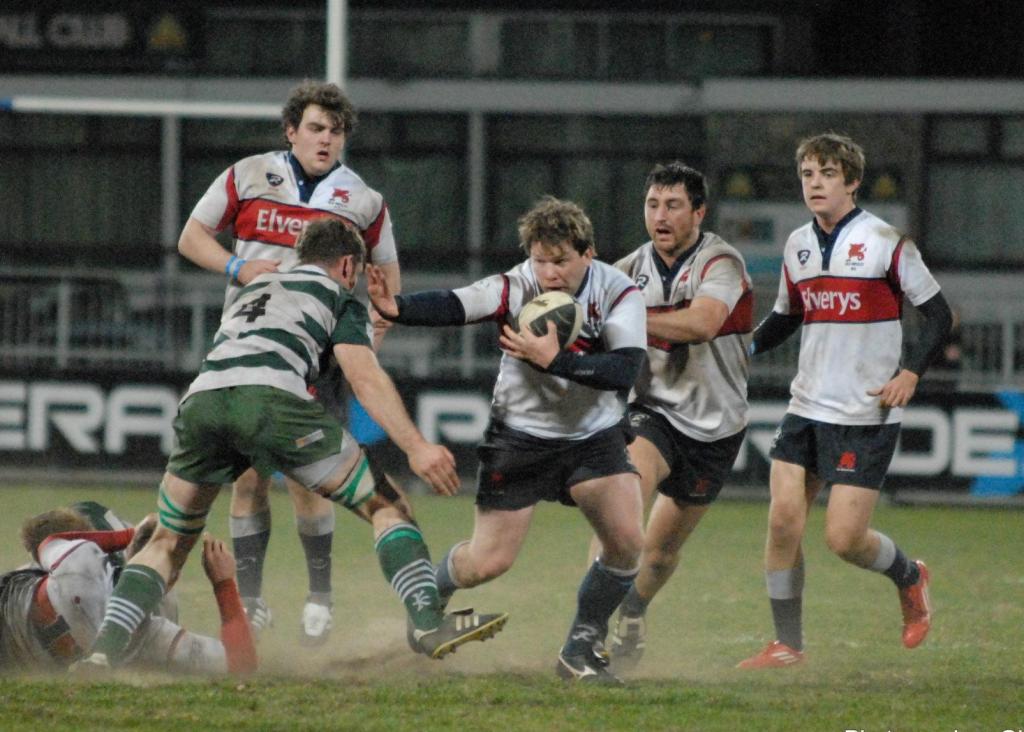 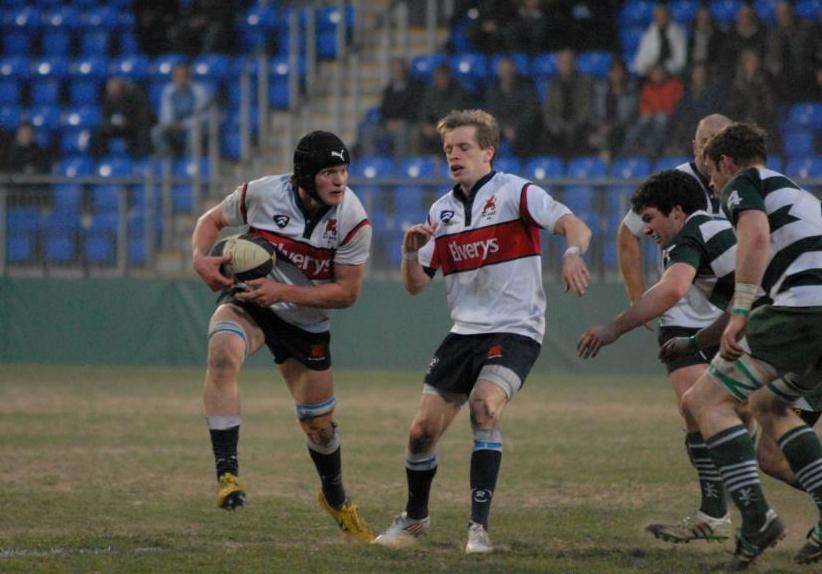 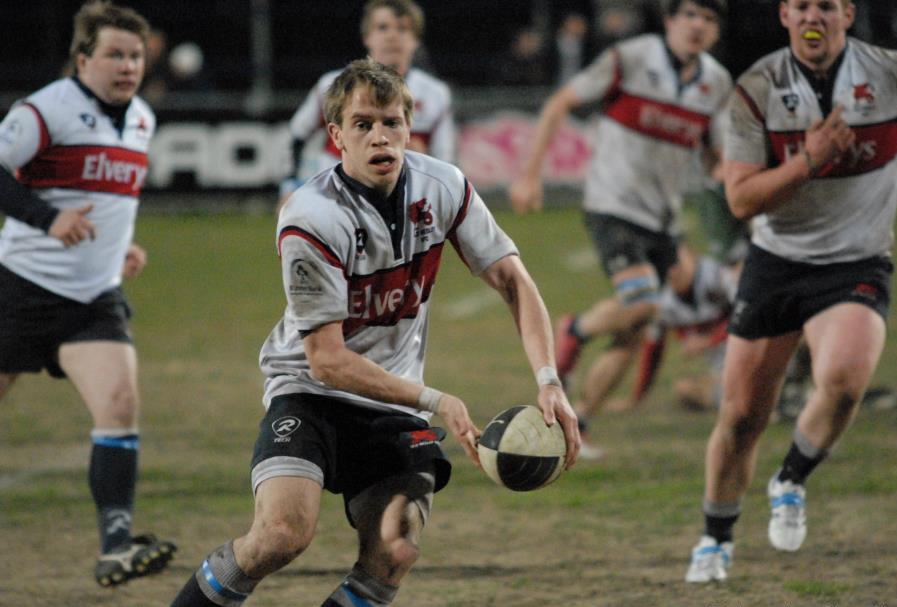 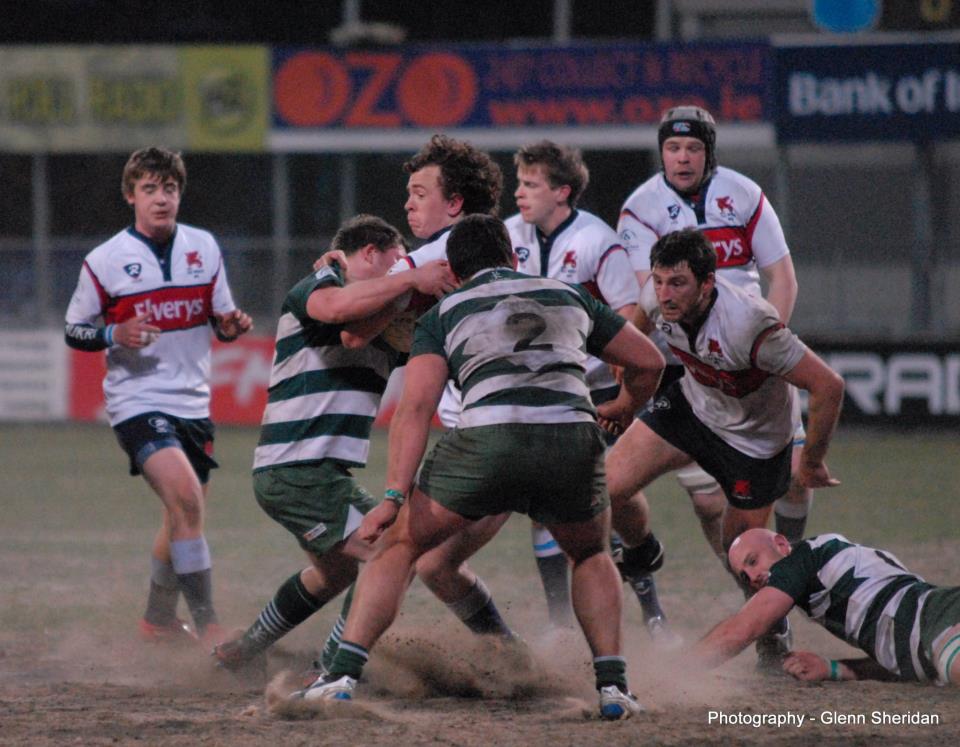 An understrength Old Wesley finished their home league campaign at Donnybrook under lights on Friday evening with a comprehensive defeat to Greystones by 8 -27.  The result, which was a major disappointment following the previous weeks excellent performance and result against DLSP, leaves the Donnybrook side in 12th place in the table with a single round of matches to be played.

Following a bright opening period during which Old Wesley dominated both possession and territory Greystones gradually took control and opened the scoring on the quarter hour with a well struck penalty goal. With both sides attempting to move the ball wide at every opportunity, it became apparent that the pace and guile of the visiting backline posed far greater threat that their Old Wesley counterparts. The home backline lacked the direction and penetration to pose any real threat and were easily held by the covering defence.  It came as no great surprise when Greystones extended their lead on 26 minutes with a try in the corner following quick ruck ball and swift transfer of the ball across their three quarters.  The conversion sailed narrowly wide.  As the interval approached the home side enjoyed a good spell and deservedly opened their account with a smartly taken drop goal from out-half Barry McLaughlin following good driving runs from hooker Jamie Boyle and No 8 Neil Beirne.  A couple of penalty misses by the visitors left the interval score at 3 – 8.

The second 40 minutes proved to be frustrating for Old Wesley.  In truth they contributed significantly to their own downfall through poor handling errors and a large number of turnovers, mostly within opposition territory.  Greystones maximised the use of this free possession with several devastating counter attacks.  Three tries in a 17 minute period midway through the half, two of which were converted, effectively finished the match as a contest and stretched the sea-siders lead to 27 – 3.  Old Wesley were left playing for pride and to their great credit finished strongly with a well worked touch down by winger Conor Boyd, who brushed off several tackles on his way to the whitewash.

Old Wesley will complete their league campaign with an away fixture against the league leaders, Trinity, who have just one loss in 14 outings to date.