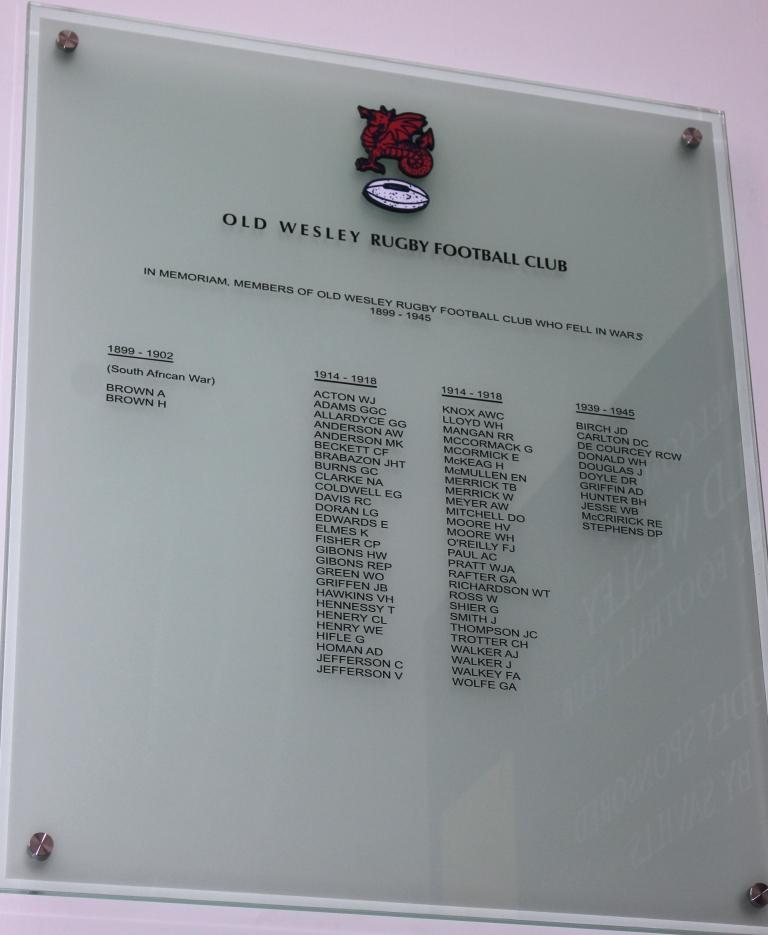 On Thursday 8th November, appropriately 3 days before Armistice Day, Old Wesley remembered all club members who lost their lives in wars from 1899-1945 (South African Boer War 1899-1902; 1st World War 1914-1918; 2nd World War 1939-1945). At a special lunch attended by well over 100 members and guests, a memorial board listing all fallen members was unveiled. This idea was instigated by Dave Pierce in his year of Presidency and he was warmly thanked by current Old Wesley President, Willie Campbell, at the lunch.

The memorial board would not have been possible without the incredible research over the past few years by Old Wesley member Michael Halliday, who is to be commended for his detailed and intensive diligence and research, which ultimately resulted in this event finally taking place in the Old Wesley clubhouse.

During his speech, Michael relayed many poignant stories from these traumatic times, none more so than the story of the full Wesley College 1st XV of 1914 (who lost to Mountjoy in the final of the Leinster Senior Cup), who enlisted en-bloc for war duty on leaving school in the summer of 1914.

Earlier, Declan O’Brien (Operations and Events Manager, IRFU) delivered an excellent speech on the background stories behind many of the tragic events of this era. Declan, a former Army officer, is an acknowledged expert on World Wars 1 and 2 and had his audience captivated with his presentation.

This was a memorable, special and long-overdue event. 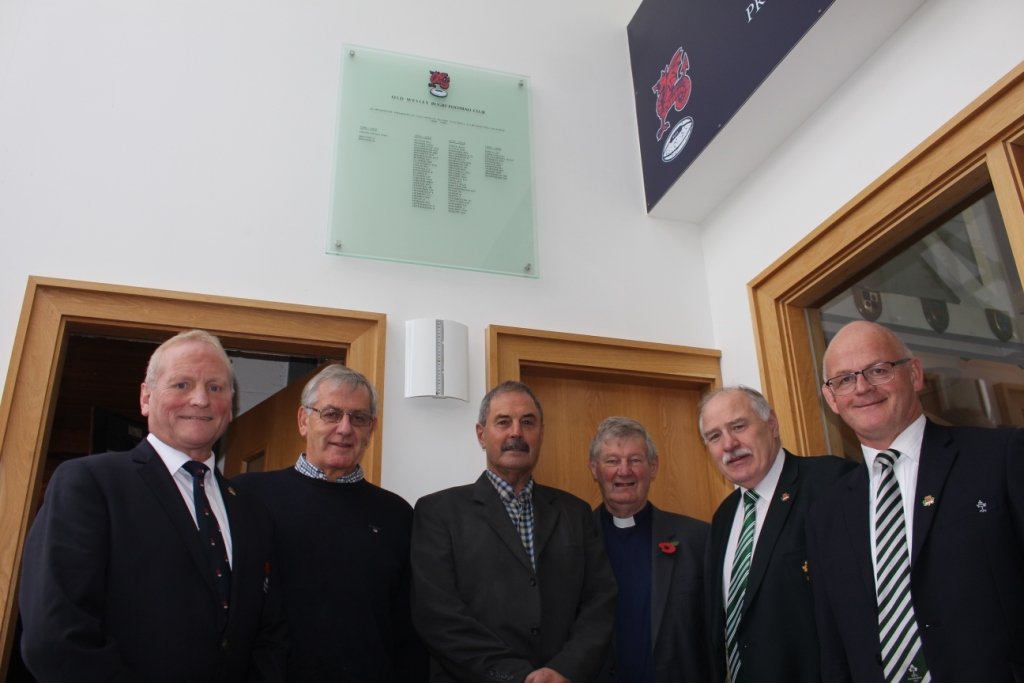