The two teams’ arrival onto the pitch was greeted with a very heavy rain-shower; however this did nothing to dampen their joint enthusiasm in this closely matched encounter with no more than 5 points separating the two sides for the entire match.

Old Wesley looked the sharper in the opening encounters. A ‘Hinch lineout inside their 22 was stolen by Wesley, and some good ball carries ensued, however a knock on ended the attack. On 10 minutes they had their first scoring opportunity with a penalty for an opposition ruck offence, but Jack Maybury was off target with the kick. Josh Miller was putting in some shrewd up and under kicks, on one occasion forcing a knock on. Then Ballynahinch had their first chance with a long range penalty which was put over by Richard Reaney. Shortly after Maybury had a second opportunity from the tee and this time he converted to level the sides. The Wesley lineout was performing well and keeping the opposition on their toes. The visitors regained the lead on 28 minutes, and just before half time Maybury was on target with a well struck long range attempt, leaving the sides level at 6 all at half time.

By contrast the second half was played in dry and fine weather conditions. Again the home side started with enthusiasm with some strong assaults on the ‘Hinch goal line. However the Ulstermen got a penalty allowing them to relieve the pressure. Then it was their turn to attack the Wesley line from a line out deep inside the 22. Wesley defended with desperation but conceded a penalty goal under the posts and a yellow card for JJ O’Dea. Hinch continued to apply the pressure and a cross kick to their winger came very close to the first try of the match. Then it was Wesley’s chance.  A counter attack by Rory Stynes and a pass to Maybury give him some space down the wing. He kicked ahead but was just beaten to the touchdown by the ‘Hinch defender. Maybury was on hand again shortly after when he kicked through a loose pass from the opposition defence. He chased but was just less than a metre short of scoring a try under the posts. However the ball was well recycled and after a number of phases Paul Harte was able to beat the defence to score a try in the corner. The conversion was missed but for the first time in the match Wesley were in the lead.  Now playing with boosted confidence Wesley were awarded a penalty 30 metres out which Maybury converted for a 5 point lead. There were some more good attacks with Cronan Gleeson in particular making some strong ball carries, however the possession and territory could not be converted into points.

Ballynahinch soon restored their composure and again started to gain the upper hand. A rare poor Wesley lineout was turned over and the Northerners were again putting the Wesley defence to the test. Following a number of penalties and a yellow card to James O’Donovan, they opted for a scrum, resulting in a try by Conal Boomer to level the scores once more. Crucially the conversion was missed.  Wesley responded and threw everything at the opposition. A perfectly struck penalty had Wesley in the opposition 22. From the lineout Harte was just short of the try line but a knock on allowed ‘Hinch relieve the pressure. Wesley looked to have a last chance of score when the opposition knocked on inside their 22, but to both teams disappointment the referee called full time for a 14 all draw.

This was a fine Wesley performance against a higher ranked opposition and it is a big positive that they were disappointed with “just a draw”.  The final match of this season’s campaign is next Saturday against Ballymena. Four teams, UL Bohemian, Ballymena, Naas and Old Wesley are separated by just 3 league points so there are lots of permutations for the dreaded relegation play-off position.  We appeal to all members to please give the team your support on Saturday in Ballymena. 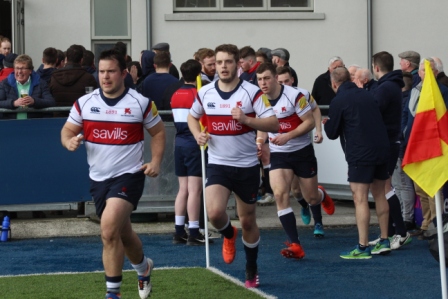 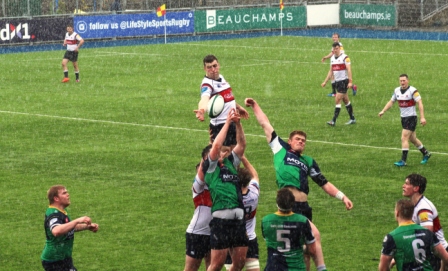 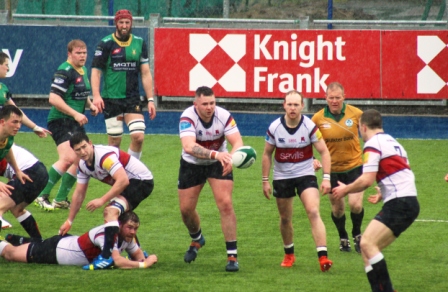 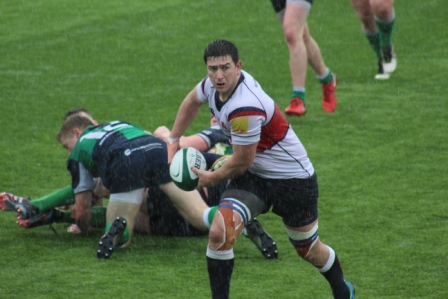 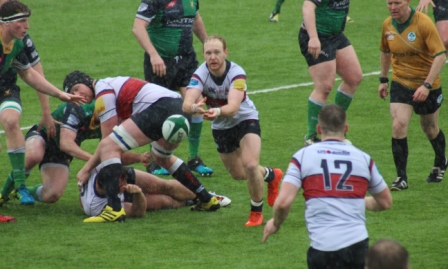 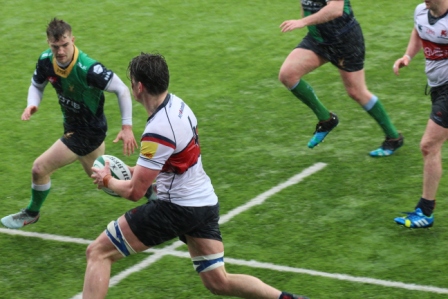 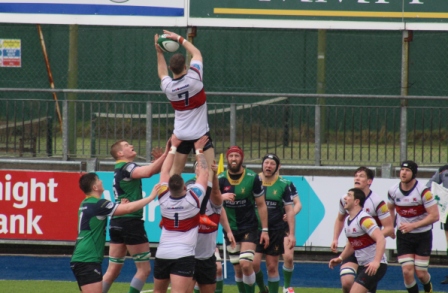 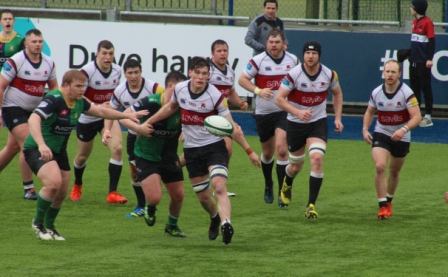 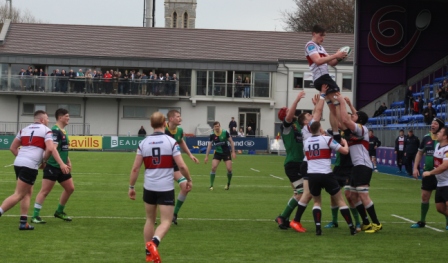 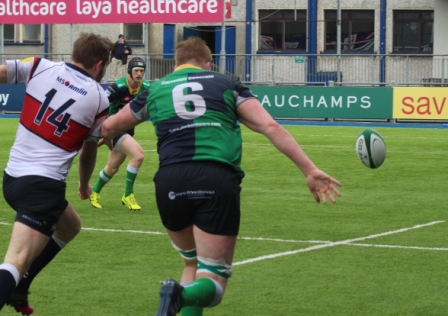 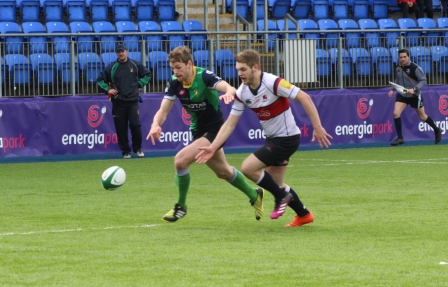 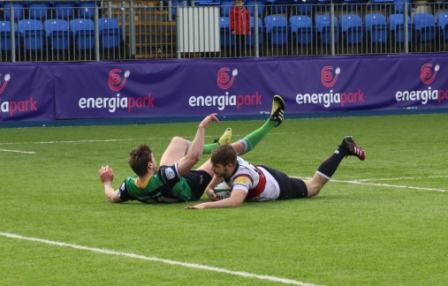 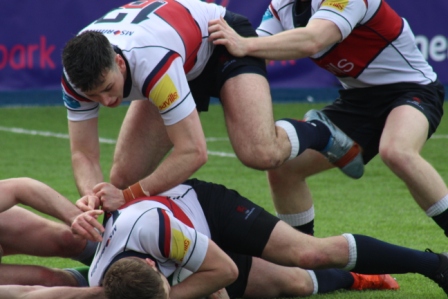 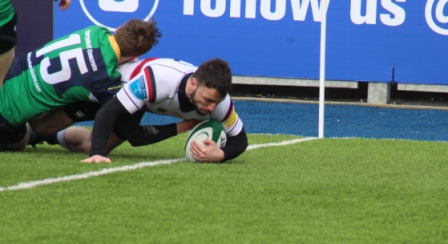 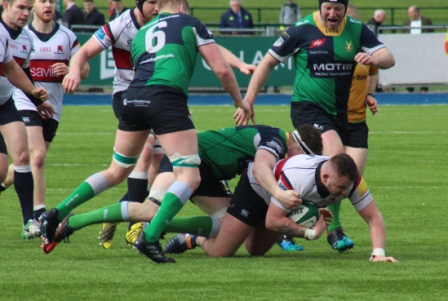 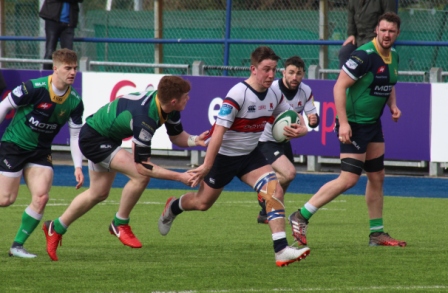 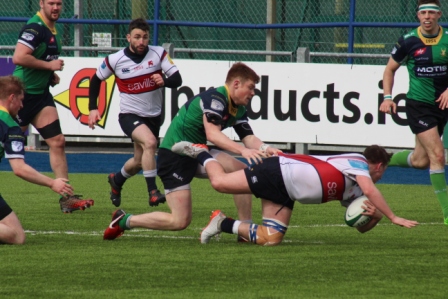 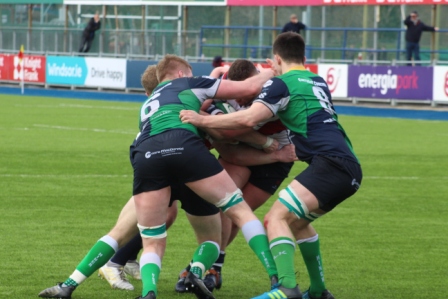