You may have seen in the press and on the web over the weekend Eric Miller and his family have put out a call for help for his daughter Nisha.

As many of you know Eric and his family have long connection with Old Wesley and Eric himself having played here and more recently coached the 1st XV. Shortly after Eric finished coaching in Old Wesley he felt like a change of scenery, so he and his family moved to Sri Lanka and it was here that his life changed forever.

“Nisha has a type of cerebral palsy that affects her lower body. The family are looking to get her surgery so she might someday be able to walk without the aid of her walking frame but they will need to go to America to do so.

The surgery would also be followed by a 2-year intensive rehabilitation programme, which can be done in Ireland.

This surgery has proven very successful for many patients with cerebral palsy, to permanently reduce their spasticity.

The goal would be for her to be able to walk independently.

The family have set up a Go Fund Me page in order to cover the finance of both the surgery and rehabilitation programme.

Here’s Nisha’s story as told by her mother.

“Eric was an international rugby player and he retired in 2006 and has been coaching since then. The opportunity came up to go abroad with his coaching career in 2014. We decided as a family that I would give up my career and that we would go over there for at least two to five years. Get experience coaching in another country was what we were thinking. He was offered a director of rugby role in a school in Kandy which is in the centre of Sri Lanka. School rugby is huge over there which is not what you would imagine because when you think Sri Lanka you think cricket. We went over in August 2014 and in September 2014, I went to volunteer at an orphanage with the view of working there full time and that’s where I met Nisha and straight away I was attached to her. It was a maternal feeling I got, I just picked her up and held her in my arms and started crying. I thought ‘I can’t leave her.’It was a completely out of left-field thing that hit me and I didn’t expect it. 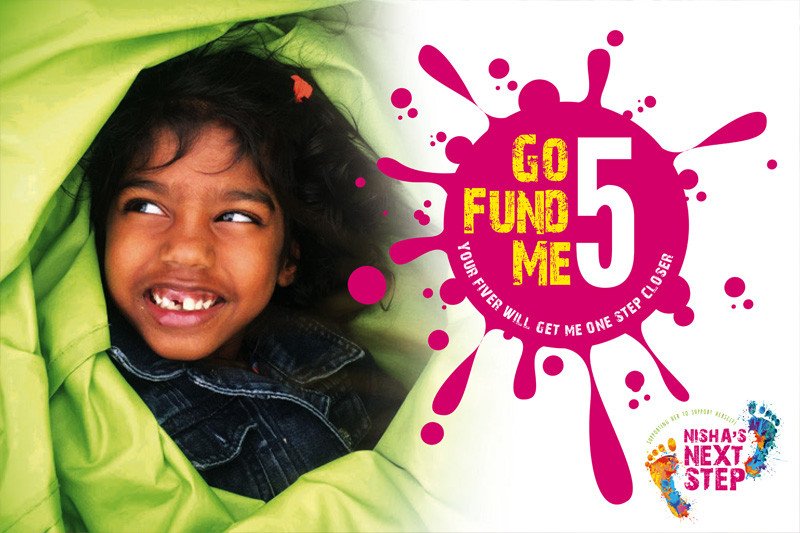 It took Eric about three months of working there and getting to know Nisha for him to make the decision and in December 2014 we started investigating the steps to adopt her. Hugely difficult process you know, you’re dealing with a third world country. We were taken through all sorts of roller-coasters of emotions. There was times when we thought we weren’t going to get her and at this stage she was calling us mam and dad. We kept strong and faith was a big part of the story and in March 2016 we got the papers and she was officially our daughter. There is a huge stigma attached to it. You rarely see them on the streets and they are hidden away and the common thing is to give them up for adoption. Our motivation is to help Nisha and make her fulfil her ability. It wasn’t like we gave birth to her and it was a shock, when we adopted her, we knew she had cerebral palsy.

We’re trying to give her the best chance of a normal life. If we can try and get her off the frame and get her on to sticks or walking, the dream would be for her to walk independently, that’s our motivation for the operation. I know people whose children have had the operation and it’s very successful, but there is a lot of physiotherapy along with it and that’s why we are fundraising because we will need at least 2-3 years of physio.

Myself and Eric are both strength and conditioning coaches and we’re confident that we can help her, we always have been that’s why we believed the disability wasn’t much of a challenge to us. It’s amazing what a bit of nurturing and love can do. Nisha didn’t talk when she was in the orphanage but now she goes to school and is full of life and fluent in English.

Nisha is five-years-old and all they ask is that you donate €5 to the page in order to “get Nisha closer to her next step.”

For the price of a Latte on Saturday morning or have one less pint this weekend at the Shannon game you can help a very good cause.