Last Saturday , 24th September 2016, was a momentous day in the long history of Old Wesley , as we celebrated our 125th Anniversary in splendid fashion both on and off the field of play.
After feverish preparations over the past number of weeks , culminating in intensive last minute arrangements being put in place by a vast army of club members and helpers, the day finally dawned and it would take more than the pessimistic weather forecast to dampen the enthusiasm and excitement of all those who had waited many years for this significant day and milestone to be reached.
Events kicked off with the pre-lunch reception at 11.45 am in the downstairs bar , which was looking splendid for the occasion.
We were working to a very tight time schedule , so by 12.30 pm , with the excellent cooperation of all 218 lunch attendees , all were seated and preparing to consume their gorgeous meal , excellently prepared by Vinny Hanlon and his wonderful staff.
Our President , Dave Pierce was waiting expectantly to greet the arrival of our main guest , An Taoiseach , Enda Kenny TD , and this duly occurred shortly afterwards. An Taoiseach received a very warm welcome as he took his seat at the President’s table and was formally welcomed by our MC for the day , John Fish , a trustee of the club.
After the meal , a number of excellent speeches were delivered by Dolphin President , Michael Cafferkey ( representing our longstanding friends and rivals),Old Wesley President, Dave Pierce , and President of the IRFU, Stephen Hilditch ( who thanked the Old Wesley members for all the advice he had received over the years whilst refereeing matches in Donnybrook ! ).
Dave Pierce thanked all the members for their very generous contributions , without which the splendid new clubhouse would not have happened . He also alluded to the fact that no bank debt has been incurred and thanked An Taoiseach for the Sports Council Grant , which was a
significant assistance to the project. He singled out Dave Turner for special mention , which prompted a huge round of applause from the audience.
These speeches were interspersed with some witty bi-lingual observations and anecdotes by John Fish.
This paved the way for the keynote speech by An Taoiseach , who appeared to be really enjoying himself and was in very relaxed form. He did not disappoint and made a big impact on the discerning audience with some thought provoking observations on many subjects , including the serious matter of childhood obesity and the positive impact that clubs like Old Wesley can play in helping to tackle and address this problem and congratulated the club on their current wonderful initiative. He brought the house down with his final vision of some current Old Wesley mini rugby players playing in a World Cup semi final in 2023 in McHale Park , Castlebar !! He finished his speech by assuring all present that Mayo would finally bring home ” Sam ” next Saturday after 65 years and received a standing ovation from all those present , in a lovely warm display of appreciation.

On a very fast moving day , the dignitaries then moved downstairs for the joint blessing of the building ,in front of a large crowd , by Canon Horace McKinley ( former first team hooker) and Monsignor Lorcan O’Brien of Donnybrook in a lovely ecumenical ceremony which embodies the future potential and profile of the club into the future.
Having unveiled the plaque , An Taoiseach posed patiently for a number of photographs with a range of Presidents — President Dave Pierce ;Senior Deputy President , Paul Short; Junior Deputy President , Willie Campbell ; last year’s President , Mark Younge , whose son , Jack Younge, assisted An Taoiseach in the ribbon-cutting ceremony , along with President of the IRFU , Stephen Hilditch.
In addition , Angus Potterton , MD of main club sponsors , Savills, along with Kieran McHugh , MD of Locktons (sponsors for the day) had their photographs taken with An Taoiseach and the club is most grateful to these for their invaluable support.
An Taoiseach remained on for much longer than scheduled , reflecting his relaxed demeanour , and made a special point of including as many of the mini rugby players as possible in the photo shoot.
With these excellent formalities completed , the time was nigh for the serious business of the day ie All Ireland league points at stake versus Dolphin. The teams took the field through a guard of honour from the mini- rugby section and , captain , Darren Horan was accompanied onto the pitch by mascot , Reuben Moran ( aged 4.5 years ) , who , apart from being the youngest member of the club , is also the grandson of long-standing Old Wesley member and stalwart , Dave Singleton.
As the match against Dolphin commenced , one very significant photograph was taking place — Jack Sweetnam ( aged 93 ) , the club’s oldest member , along with the aforesaid , Reuben Moran , illustrating , beyond all doubt , that Old Wesley is , indeed, a ” Club for Life ” !
The desired result , which the occasion demanded , was duly achieved in difficult conditions , with Dolphin being defeated by 21-10 ( see separate match report ).
A unique photograph of both teams together was taken after the match .
The entertainment continued afterwards with a match between Old Wesley and Bective “minis ” ,in advance of an excellent victory by our Second Team over Old Belvedere in a vital Leinster League match on a scoreline of 18-15.
Whilst all this was going on , the large home crowd were feasting on a complimentary hog roast and barbecue , washed down by ample refreshments , excellently served over a long day by our highly efficient club steward, Michael Weafer , and his very hard- working staff.
Once the on-field entertainment finally ended , the Henshaw family commenced the excellent entertainment in the bar , which went into the small hours, with many of the club ” faithful ” remaining on to round off an excellent and very long day , which could not have been any more successful as a commemoration of our ” 125 YEARS” , both on and off the field, which augurs extremely well for the next ” 25 YEARS” and beyond.
It is also important to record that , in general , it was a very successful historical weekend for most of the other teams ( see separate match reports ) and Old Wesley , as a “club for all”, as well as a ” club for life” , enjoys celebrating all victories equally.

Saturday 24th September 2016 would not have happened without the support and work of many people ( you all know who you are ) — however , it would be remiss not to single out Jenny Bailey for special mention for all her sterling work in co-ordinating the events of the day. 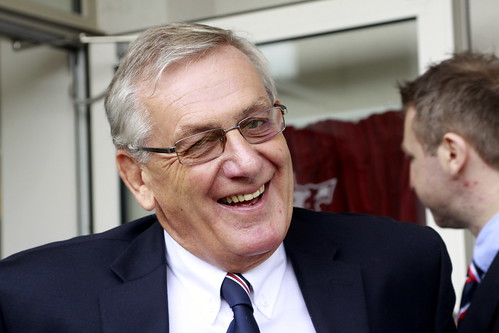 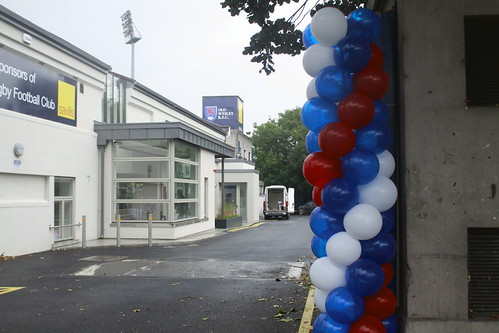