It was almost a case of Deja Vu to the previous weekends when the U20s came back from 24-7 down to narrowly lose to Blackrock 29-24 in Williamstown this afternoon.

Playing into a very strong breeze in the first half Wesley were under pressure up front from the kick off. Initial scrum pressure from the very big Rock pack saw Wesley go 5 nil down after 5 minutes due to the direct running from Rock. Things got worse when Rock crossed again after 10 minutes following a break from the half way line, with the conversion it was 12-0.  Old Wesley started to put some pressure on Rock after 15 minutes and were heading towards the opponents 22 when an intercept of a loose ball and a mix up in defence saw Rock cross over again for their 3rd try and with the conversion missed it was 17-0 after 22 minutes. Another set of very strong direct runs and the Wesley scrum getting penalised saw a penalty kick to the corner, a line out maul put Rock in for their 4th try with the conversion it was 24-0 and Wesley were on the ropes.

Wesley finally got into the game following a line out steal and a great break by Andrew Vincent to score after 30 minutes in the corner and a great conversion by Bill Corrigan from the touch line into the wind to bring the score to 24-7 with 10 minutes till half time. 5 minutes later after repeated infringements Old Wesley had their openside Cameron Madden sin-binned. 2 minutes later after a tip tackle Wesley were close to having a 2nd man in the bin, but thankfully half time came without any further score.

At the start of the 2nd half, 3 replacements on and the wind to their backs Old Wesley made a great start with a try in the corner by Evan Stephenson and superb conversion by Bill Corrigan saw the score climb to 24-14. 2 minutes later Wesley were over again from a penalty with a move off the top of a line out and Andrew Vincent had his second try, the conversion was missed this time, 24-19 after 10 minutes of the 2nd half. Rock came storming back with sustained pressure from their direct running pack and score a good team try 29-19. The conversion was missed leaving 20 minutes for Wesley to build again.

A yellow card for Rock for repeat offenses in the forwards gave Old Wesley the momentum. From a lineout in the Rock 22, a driving maul and break from Stephen Keane had the score move to 29-24 with the conversion hitting off the post, it was set to leave a nail biting finish. The final few minutes saw sustained Wesley pressure, Rock back to 15 men and repeated scrums with a final scrum penalty going to the home team relieving the siege in their 22. The final whistle went, there was no get out of jail for the Old Wesley team for the 4th game in a row having to come behind to win. Today the large lead to a strong Rock pack made it too hard to come back from and win but full credit to the team for once again not giving up and running this team very close in the end. Next week its Trinity at home for another shot at Prem 1 rugby in the 2nd qualifier. 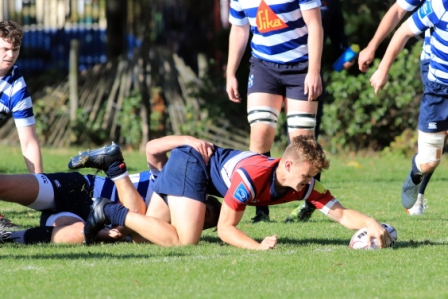 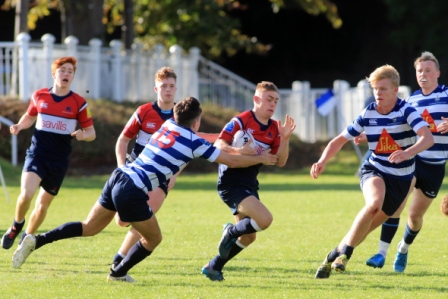 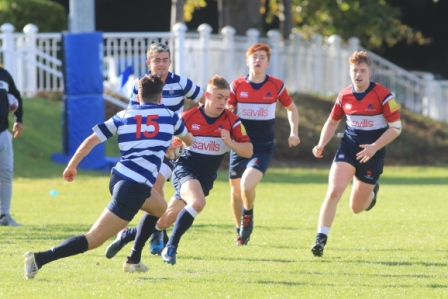 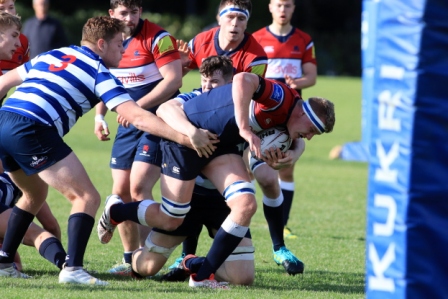 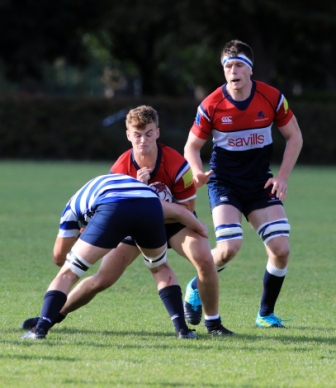 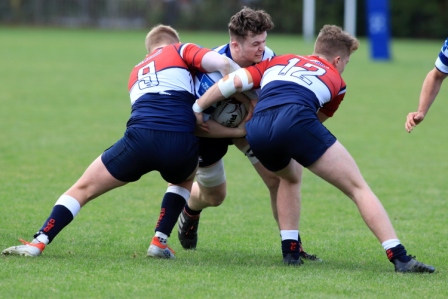