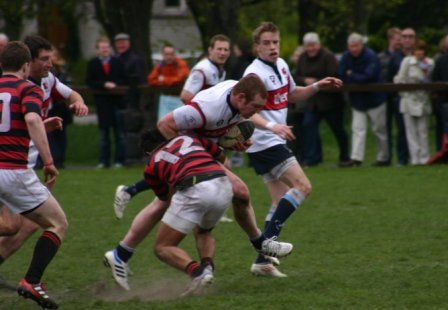 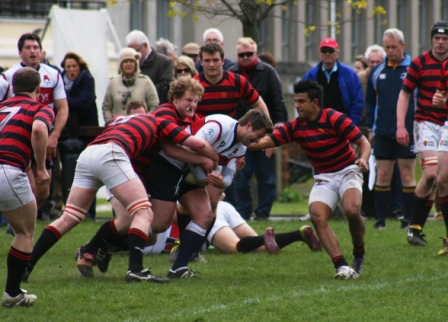 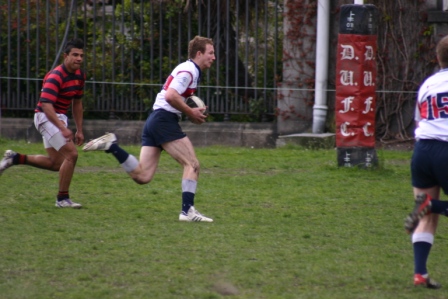 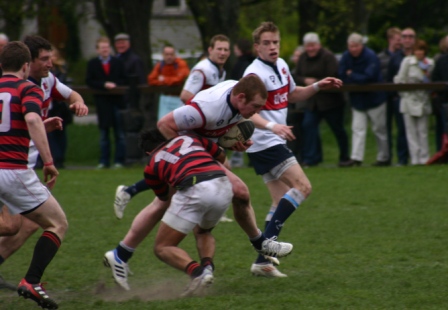 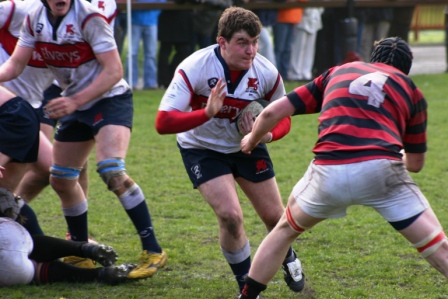 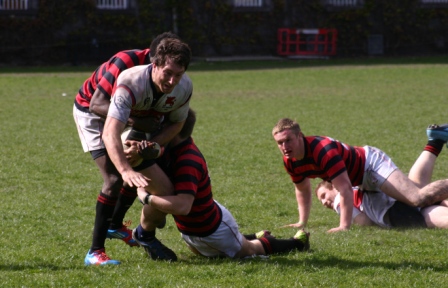 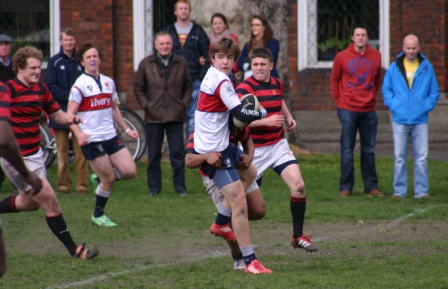 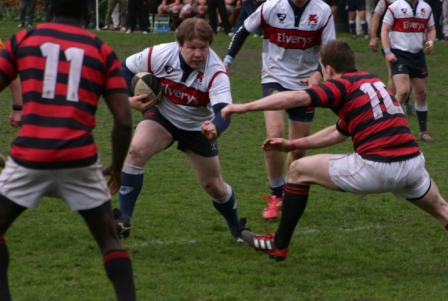 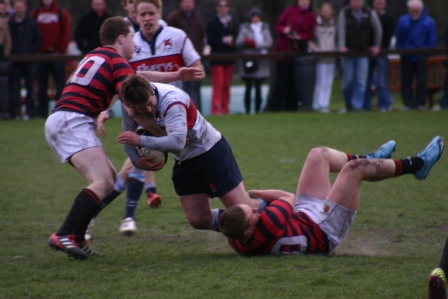 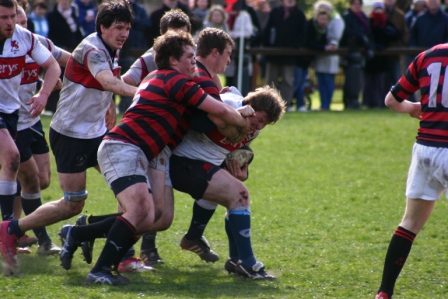 Old Wesley came within a whisker of beating Division 2A champions Dublin University in the last game of this year’s All Ireland League Championship. In a game with never more than one score in it Old Wesley led on two occasions and on the day were the better team.

Played in the beautiful environs of College Park both teams had a lively start to this match. The students opened the scoring after just three minutes with a penalty goal. Shortly after a more difficult attempt by Barry McLoughlin went wide. With both teams eager to run the ball it made for an entertaining opening quarter. Old Wesley came nearest to scoring a try when the opposition defence was stretched, however they were denied the points by a dropped pass. Trinity extended their lead to 6 nil with another penalty goal on 30 minutes. Despite some fine attacks by both sides the score remained unchanged until half time.

Old Wesley had a fine start to the second half when some good handling saw play brought deep into the Trinity 22. Following some good forward pressure Jamie Boyle powered over for a try which was easily converted by McLoughlin to take a 7-6 lead. Trinity responded immediately bringing play into the Wesley 22. Wesley withstood the attack but were deemed offside allowing Trinity regain the lead with an easy penalty goal.

The students continued to exert pressure looking to run at every opportunity, however the Old Wesley defence stood firm. Whilst the college back line looked the more potent on the day the Old Wesley pack dominated in the set piece.

Fifteen minute into the second half Trinity were dealt a yellow card for a late tackle opening some options for Old Wesley. A fine break by Ian Cassidy brought play into the 22. From the resulting play the Wesley pack drove over but the referee deemed the ball to be held up. Trinity were in trouble from the scrum conceding a penalty which McLoughlin converted with ease.

Minutes later however the tables were turned when Old Wesley substitute winger Ken McLoughin was yellow carded for a deliberate knock on. Trinity converted the penalty to regain a 2 point lead. With the game approaching its conclusion McLoughlin was short with a long range penalty and Rory Stynes was wide with a relatively straightforward drop goal.

On the day Old Wesley were the better side and will consider themselves unlucky to have lost. However a 2 point loss to the league champions is no mean achievement.