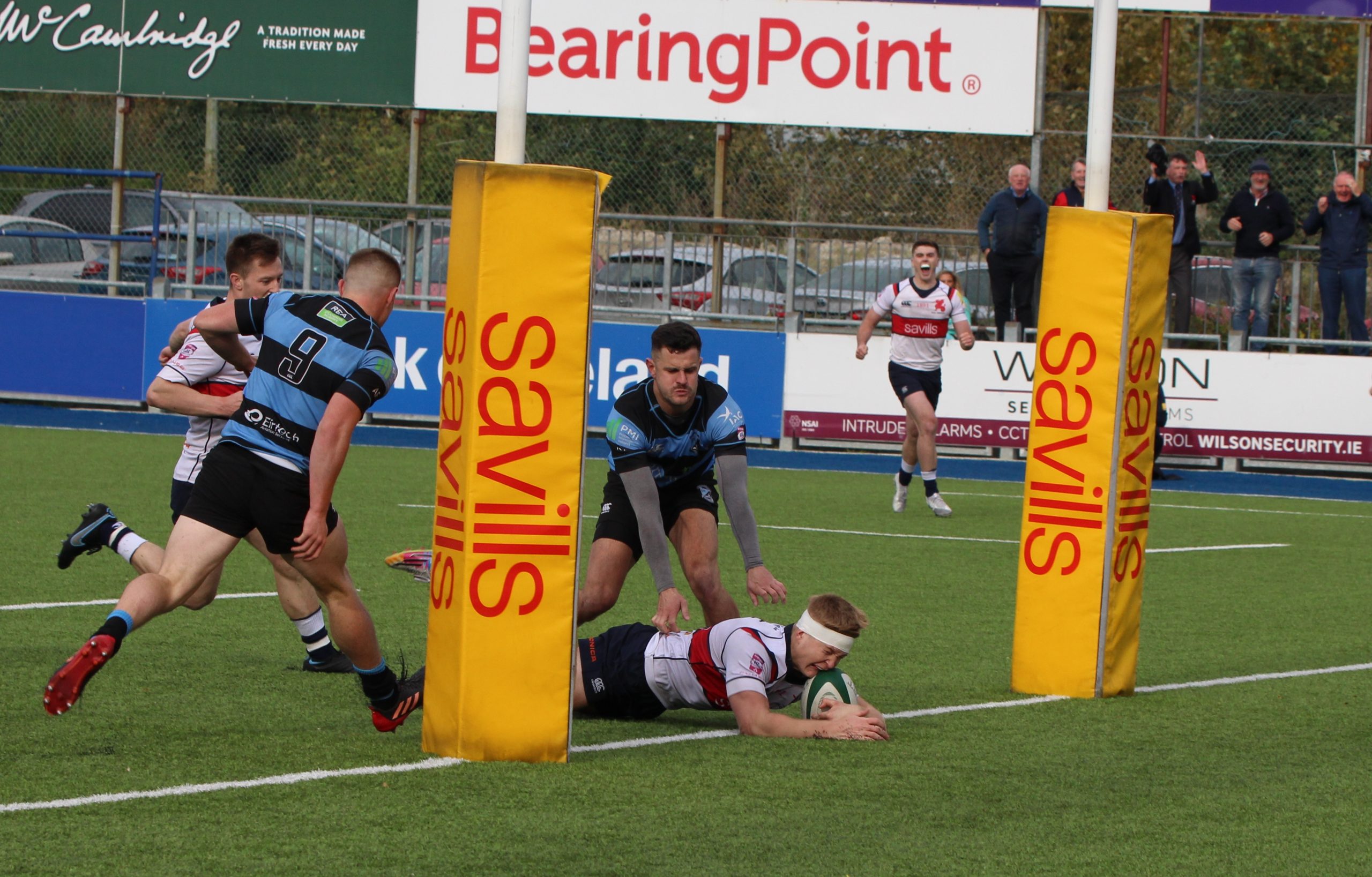 After an eighteen month break AIL rugby eventually returned when Old Wesley took on Shannon at Donnybrook.  The match was played in perfect conditions and spectators were treated to a thrilling encounter featuring six tries, rarely more than one score between the sides, and a dramatic finale.

Old Wesley were off the mark straight from the kick off by the visitors when centre Eoin Deegan collected and set off on a scything run bringing play back up to half way.  And with further recycling Wesley were up to the Shannon 22, only to be halted by a knock on. Wesley continued to look the more enterprising but with just 4 minutes on the clock, and totally against the early run of play, Shannon scrum half Aaron Hehir picked up an intercept pass and sprinted 35 metres to score the first try of the game.  John O’Sullivan converted to give Shannon a 7 nil lead.

Wesley got on the scoreboard on 12 minutes with a relatively straightforward penalty goal by Josh Miller.  Eight minutes later, and from a similar position, Miller extended it to 6 points from a similar position.  O’Sullivan then got three points back for Shannon early in the second quarter.  Both sides were now guilty of conceding penalties.  Indeed Shannon will count themselves unlucky not to have gone further ahead when they missed two 35 metre penalty goals, one hitting the upright and a second going wide.  And although the Limerick side finished the first half looking the stronger there were no further scores leaving the score 10-6 to Shannon at half time.

Shannon started the second half where they left off applying pressure and taking play into the Wesley 22.  After 4 minutes the pressure paid off when Jamie McGarry crossed in the corner for his side’s second try.  It looked like this was the catalyst for Shannon to break clear and Wesley needed to do something soon to avoid a deluge.  This they did when Tommy O’Callaghan made a break down the right wing getting to within 2 metres of the Shannon goal line.  He had the maturity and patience to avoid trying to get over himself and laid the ball back in the tackle.  New recruit Jack Costigan got there first, collected and dived over for Wesley’s first try. The conversion was wide but Wesley were back in the game.

A yellow card for Ben Burns looked like it might give the initiative back to the visitors.  By contrast this seemed to add motivation and shortly after Alastair Hoban crossed in the other corner for a try.  Suddenly Wesley were in the lead by a point. But the lead did not last long. Now in the final quarter, and with the home side still down to 14 men, the opposition struck a blow when winger Ikem Ugwuero crossed for a try under the posts.  With the simple conversion it was now a 6 point lead for Shannon.

Miller had an opportunity to narrow the lead but was wide with a long range penalty kick attempt.  As full time loomed it was starting to become desperate for Wesley and they need to pull out all the stops.  When awarded a penalty 35 metres out Wesley opted to kick down the line, and earned a line out 10 metres out.  They won good line out possession however it looked like the opportunity was gone after being penalised for obstruction.  With the clock now nearly in the red Wesley were running out of time.  Cue Josh Miller, who sliced open the opposition defence carrying 25 metres into the 22.   A number of powerful forward carries saw Wesley up to the line, but the defence held firm.   Suddenly the ball went out the back line and it was Deegan who was the hero of the day crossing under the posts for 5 points.  But the conversion was needed and cool as a cucumber Miller did the necessary claiming a dramatic win for Old Wesley. 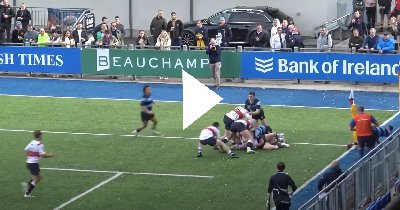