Old Wesley had to dig deep in the closing stages of this high scoring match to deny City of Derry victory.  In a match that swung like a pendulum Old Wesley came away with a 43-37 bonus point win putting them clear leaders in AIL Division 2A.

Wesley started where they finished last week by dominating the early stages of the match. Rory Stynes and Mark Rowley both made early incisive runs. Then from a ruck Wesley looked to be over only to be denied a try by a deliberate knock on. Wesley appealed for a penalty try by the referee did not agree. However from the ensuing penalty Barry McLaughlin had no difficulty in kicking the points for a 3 nil lead after 9 minutes.  This spurred on the hosts and Wesley soon found themselves defending their line. With the Old Wesley line out missing some key players the hosts capitalised and crossed for the first try of the match after 18 minutes. Derry maintained the momentum and minutes later their full back found a gap in the Wesley defence to gallop in for try number 2 extending the Northerner’s lead to 12-3. Try number 3 came minutes later when Derry’s tight head prop was on hand to score following some sloppy defence by Old Wesley.

With the game looking like it was rapidly slipping away from Wesley it was vital that they scored next.  Richie Jermyn looked like he had reduced the deficit after picking up a loose ball on the opposition 22 and beating the defence to the line, but he was unable to control the grounding.  But the tide looked as though it was turning in Wesley’s direction and they won a key line out against the head.  The ball was swung wide to McLaughlin who sprinted in for Wesley’s first try. Then 2 minutes later Mark Rowley ploughed over in the corner to reduce the deficit to 13-17. With half time approaching the next score was going to be crucial and a potential match decider.  And this psychological advantage went to Wesley.  Jermyn made a fine break bringing play into the opposition 22 where Josh Hinde was on hand to take the pass and score under the posts.  McLaughlin converted to give Old Wesley a 20-17 lead at half time.

7 minutes into the second half McLaughlin extended the Wesley lead with a well struck penalty kick. But the hosts were certainly not giving up and their influential scrum half found a gap in the Wesley defence to score their bonus point try under the posts.  He converted the straightforward kick to restore a 24-23 lead for Derry. McLaughlin restored the Wesley lead with a tidy penalty kick from 30 meters out. As the final quarter approached Darren Horan broke through a number of tackles in the midfield and from recycled play Ger Finnucane romped in under the posts for Wesley’s bonus point try. McLaughlin again converted and for the first time in the match Wesley held a two score lead, 33-24.

Derry soon restored the 6 point gap with a well struck penalty and a tense finally beckoned. However McLaughlin responded with a penalty kick from in front of the posts.  With the clock running down Derry were awarded a penalty on the Wesley 22.  They refused the kick at goal deciding instead to kick for touch.  They were rewarded for this brave decision with a push over try which was converted to reduce the gap to just 2 points. But it was still not over, Old Wesley captain Alan Large, who led by example all afternoon, beat his opposition full back to dive over under the posts.  McLaughlin again converted and it was back to a 9 point game.  Then with the game in injury time the City of Derry scrum half kicked a fine penalty goal to make it 43-37. From the kick off Derry upped their intensity and threw everything at Old Wesley in their quest for victory. The Wesley defence had to use all its resolve, and while the Derry got within a meter of the try line the score remained unchanged until the ref blew the final whistle.

To the casual spectator this was an entertaining game of rugby with lots of scores, but under the skin it was a game strewn with errors by both sides. And the respective defence coaches will certainly have a lot to say at their next training sessions.

There is now a 4 week gap in the competition but Old Wesley will be more than satisfied with their league start as they top the lead 4 points clear of the chasers. 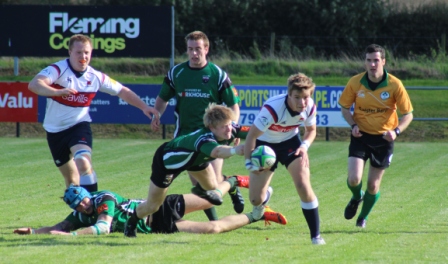 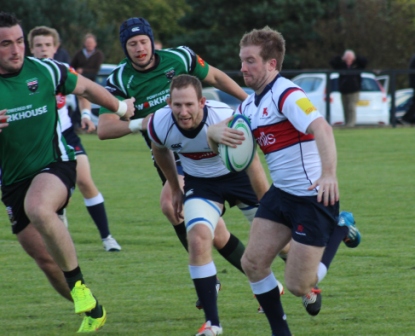 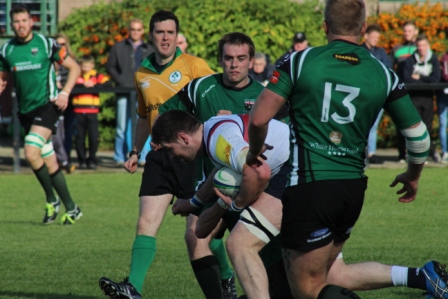 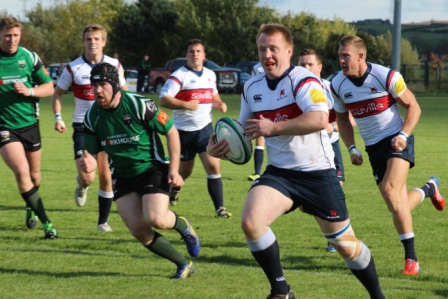 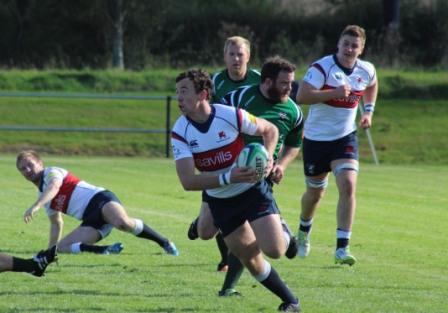 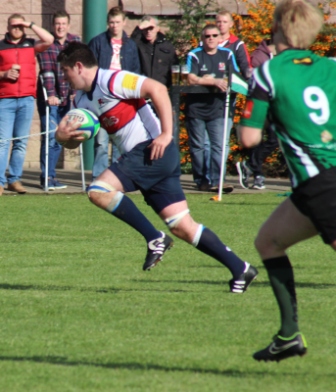 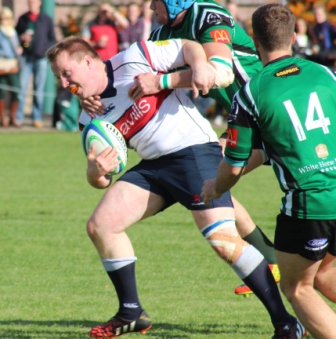 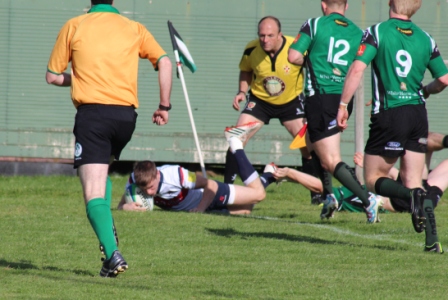 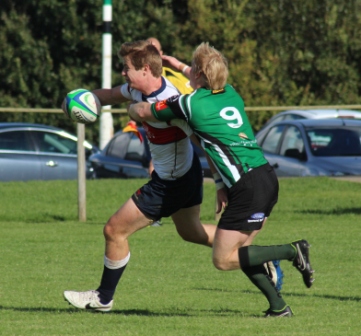 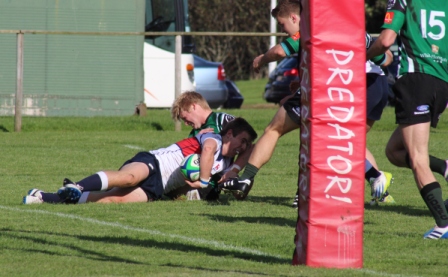 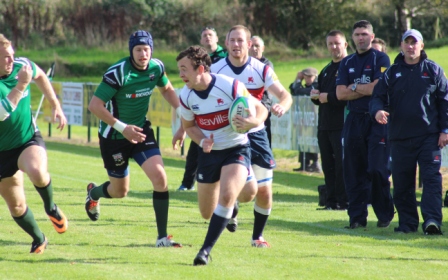 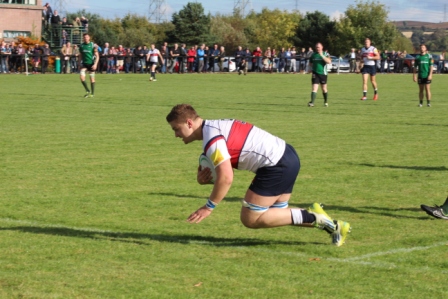 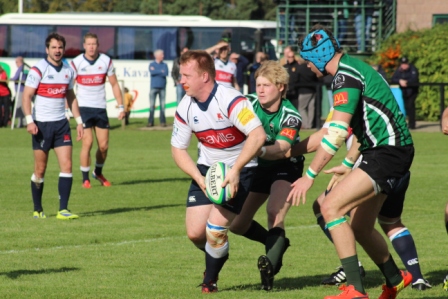 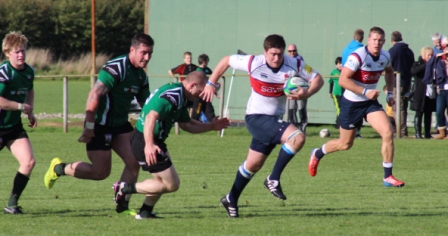 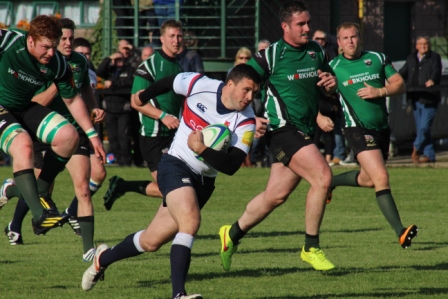 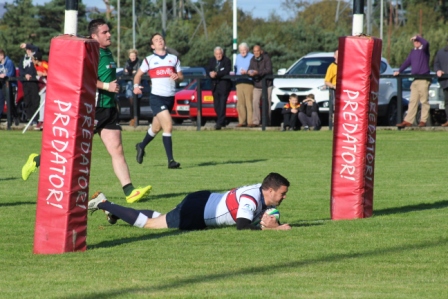 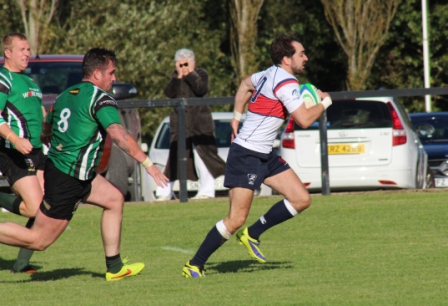 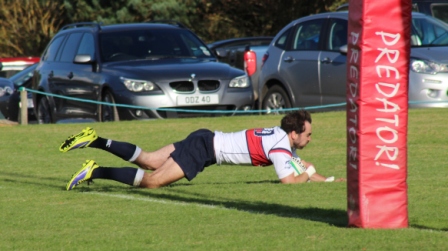