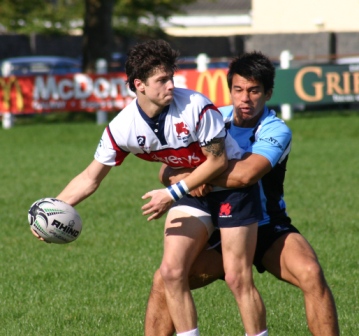 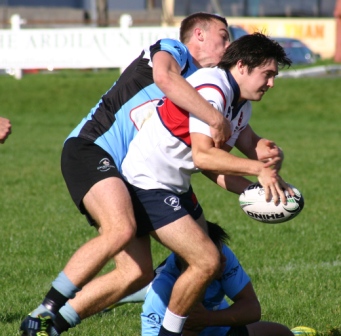 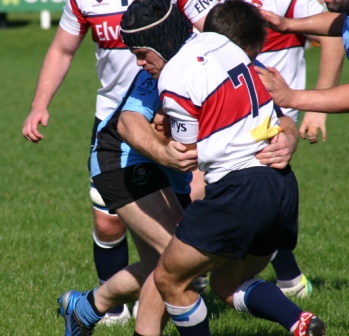 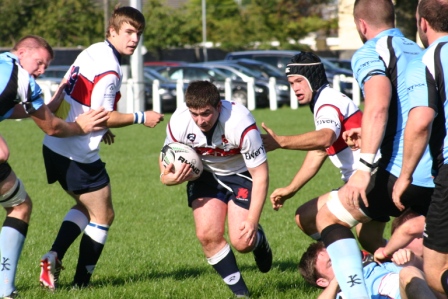 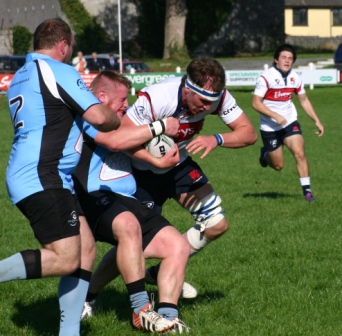 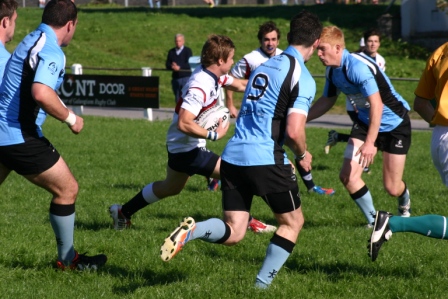 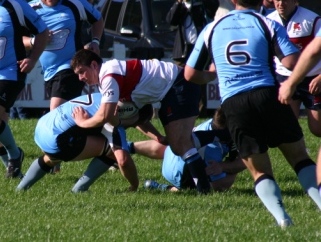 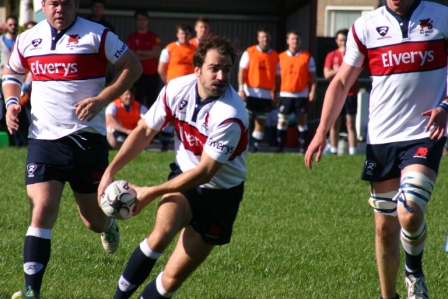 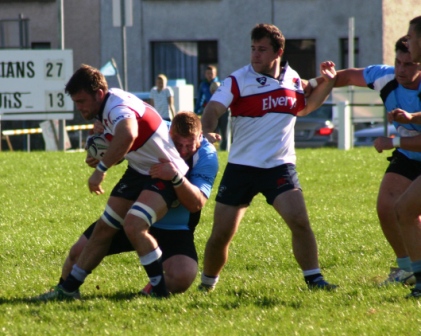 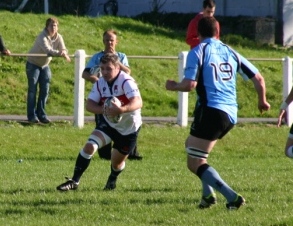 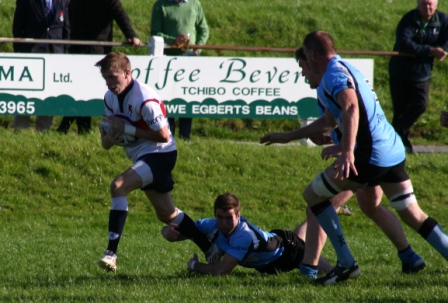 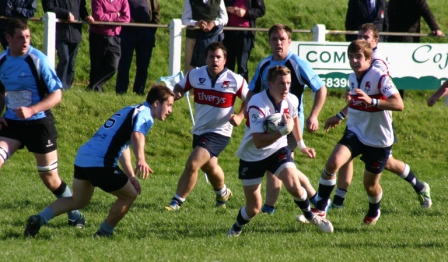 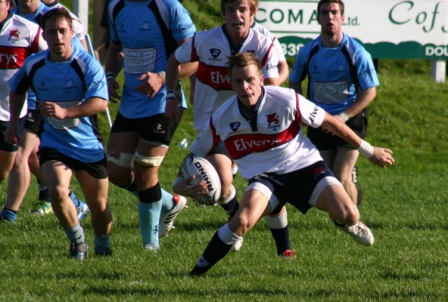 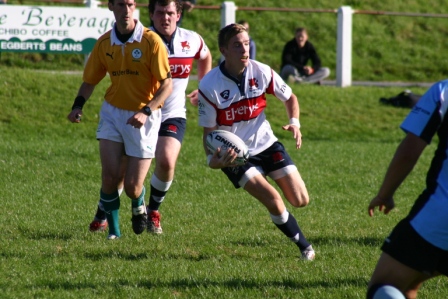 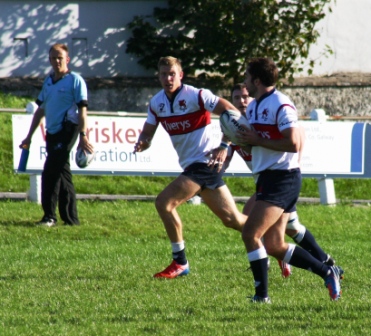 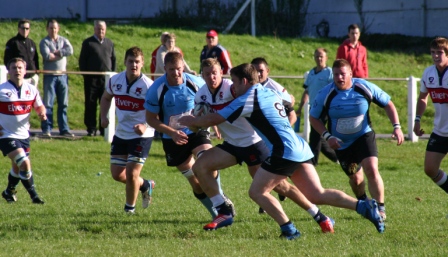 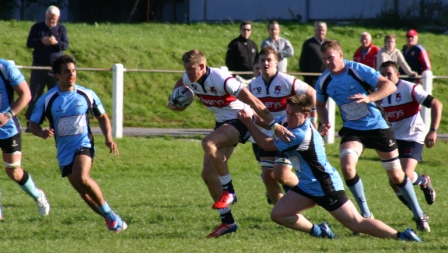 Old Wesley’s league campaign came down to earth with a bang against Galwegians at Crowley Park in Galway.  The weather was perfect with summerlike conditions however it had been a long time since the pitch had seen a lawnmower.

The Connacht men were out of the blocks early utilizing their physical and large pack as they bulldozed through the opposition, and after just five minutes were over for the first score of the match.  From the kick off they regained possession and again went on the rampage and five minutes later were over again.  It was nearly fifteen minutes into the game before Old Wesley started to gain a foothold and some good play by Darren Horan and Ben Horan brought play into the opposition 22.  From quick recycled play the ball was fed out to scrum half Ian Cassidy who bundled over to open the Old Wesley account.  Barry McLaughlin converted to bring the score to 7-12.

Wesley continued to make some good breaks and were forcing the opposition to concede penalties one of which McLaughlin converted to narrow the gap to 10-12. The Galway men responded by asserting pressure on the Wesley defence and looked to be over again only to be called back for a double movement.  As half time approached Wesley looked to have done enough to contain the two point deficit only to be penalised and concede another 3 points.

The hosts started the second half where they had left off and got in for a soft try just one minute into the half.  Then minutes later a blocked down clearance led to the home team’s bonus point try and it was clear that any chance of a win for Old Wesley was now out of site. Approaching the last quarter Wesley were awarded a penalty on the opposition 22.  They opted to go down the line but the attack came to naught and Galwegians cleared their lines. Moments later Wesley were awarded a similar penalty but this time, wisely perhaps, opted to take the points and bring the score to 13-27.

Approaching the closing stages of the match and with the glimmer of hope of a loser’s bonus point Wesley asserted good pressure on the opposition line and won a number of penalties.  However they defence stood firm and eventually play was bundled into touch.  But it was the hosts who finished in style as they capitalised on a defence error to run in their fifth try before the ref blew his whistle for full time.