Ahead of this Sunday’s WESLEY GOES STRICTLY we break down each of the pairings and their chances. We would also like to thank our kind event sponsors listed below.

Lesley Brownell and Declan Melvin
This couple have quickly gelled to form a trusting and reliable partnership that is due to put in a solid performance on the night and should be considered at least contenders. The pair themselves are shyly playing down their chances but we suspect that to be good old fashioned gamesmanship. 6/1

Nikki McConnell and Cal Lynn
One of the more glamorous of our younger couple.  Cal  may be known for his swerving hips and jinking feet on the the pitch and with Nikki’s looks, along with her talents and cutting through hockey defenses, this pair will look to be in contention when they hit the dance floor. But will their looks and sporting prowess be enough to see them all the way. 9/4

Olive Cullen and Ronan Bools
Olive has brought nothing but optimism and good humor to the competition and with a partner like Ronan it’s that attitude she will need on the night. Ronan is having slight issues with his timing (and is claiming that an old rugby injury is starting to flair up….. splinters we can only presume) but it’s clear Olive is carrying this pair’s chances firmly on her graceful shoulders.  An outside bet 14/1

Jane Jones and Dave Jermyn
Dave normally loosens up after a few ales but alas this may not be allowed on the night. If he can keep up with the grace and poise of Jane he may be able to salvage some points.  Again a pair where the male partner is handicapping the odds. Dave may not be able to last the pace. 12/1 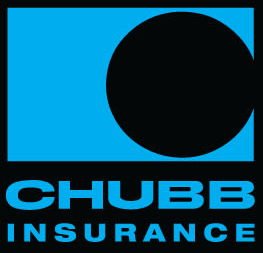 Ger Dollard and Graham Richmond
Always known for thinking on his feet but sometimes getting those ideas mixed up between his brain and feet, Graham (Gresh) may be one of the dark horses here. Ger is taking a firm lead in the partnership and is whipping Gresh into shape.  This easy going couple may arrive with serious game faces on the 15th. Looks the better of the field 9/2

Rebecca Shekleton and Andrew Cole
The young guns of the competition and a natural chemistry coming through when they dance. This pair has made it clear they are not here just to make up the numbers and have their eyes on the prize. We expect them to be in the final pairings. Not much separate the top half of the field but this pair are clearly in.  3/1.

Hannah Parfrey and Stephen Chapman
What this young pair lack in experience they sure do make up for in youthful exuberance. With serious effort being put in during the week leading up to the show the pair are quickly reeling back into the leading pack. Will be in the mix on the night 8/1 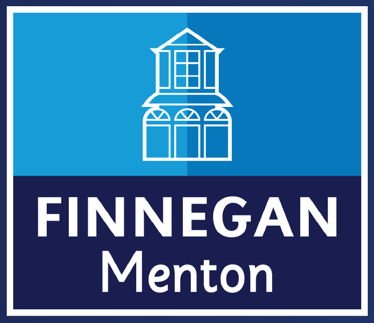 Sheila Jermyn and Eddie Fogarty
With rumors flying of Eddie making trips to everyone from the Billy Barry kids to Twink’s tap studio it’s clear that Fogarty will stop at nothing to win here. It’s also clear Shelia is holding all the good looks and talent of the pairing. But with fears of Fogarty taking the West African election approach and buying votes, we have to handicap them accordingly. If this pair do come in in pole almost certainly expect Eddie to be called to the stewards hut 11/3.

Vicky Sargeant and Rory Stynes
The power couple and the favorites in many peoples eyes Rory “the hips” Stynes and Vicky “far too good looking for him” Sargeant are sure to turn heads on the dance floor. Can Stynes big game temperament hold out on the night. This pair will be up there on the final straight 9/4

Kate Hastings and Shane Davey
With rumors of back stage troubles and Shane taking up all of this couple’s make up budget, questions have arisen if they can put it aside for the night and be the pros that they are. It’s clear that Shane will install them himself as odds on favorites. But if it clicks they could be a couple not to be messed with. Confidence not lacking but again questions being raised if Shane can last the pace 8/1

Liz Dineen and Paul Short
Many people who attend the Wesley rugby socials in the upstairs bar know that Liz can definitely Jive and Bop her way around the floor with the best of them. As for Shorty the man has spent more time in the wine bars of Leeson Street in the 80s and 90s than a Diageo rep, in his own words he “has been preparing for this night all his life”. But has it been enough; we think they will be in the mix.  This pair are bound to leave some of the novices in their wake and will be their come the finish. 4/1

Niamh O’Brien and Kenny Knaggs
Niamh clearly has what it takes and for many the real surprise of the competition has been the rhythm and twinkle toes of the man mountain that is Kenneth Knaggs. It has shocked all the form setters. As long as the pair can get through it and Kenny’s pants hold up they look set to be in the mix. In front of a large loyal support base Kenny should be able to draw energy from the crowd 3/1

Mickaela Bursey and Mark McDonald
Mark is blessed to have a partner whose looks are only bettered by her patience. That said Mark will be looking to his lineout lifting strengths to bring the dance to the air, where this pair with their highly athletic ability are bound to have an edge over the more traditional dancers who are relying on their footwork. This pair could soar on the night 16/2

Laurence Campbell and Eoin Stynes
What a pair.  Laurence with all her French, stylish, sleek movement and je ne sais quoi and young Stynes from Arless, Laois. We have all seen the you tube clips of Eoin’s footwork on the pitch and if it can transfer to the Ballroom this could be the winning pair. But on which Stynes brother will the family bragging rights weigh most heavily. Will be going off as favorites but how will young Eoin handle the tag  5/3

Jenny Bailey and Dave Pierce
The Wesley power couple. It now appears the reason Dave missed so many junior games was due to Jenny insisting they both have extra training with a private tutor on Friday nights; the South African competitive streak runs deep through Jenny. She has made it clear to Dave that loosing is not an option and as most men know, fear of your partner is a powerful motivator. Bound to pick off some of the novices but need to make sure they don’t get caught up in the many “races within a race” 8/1