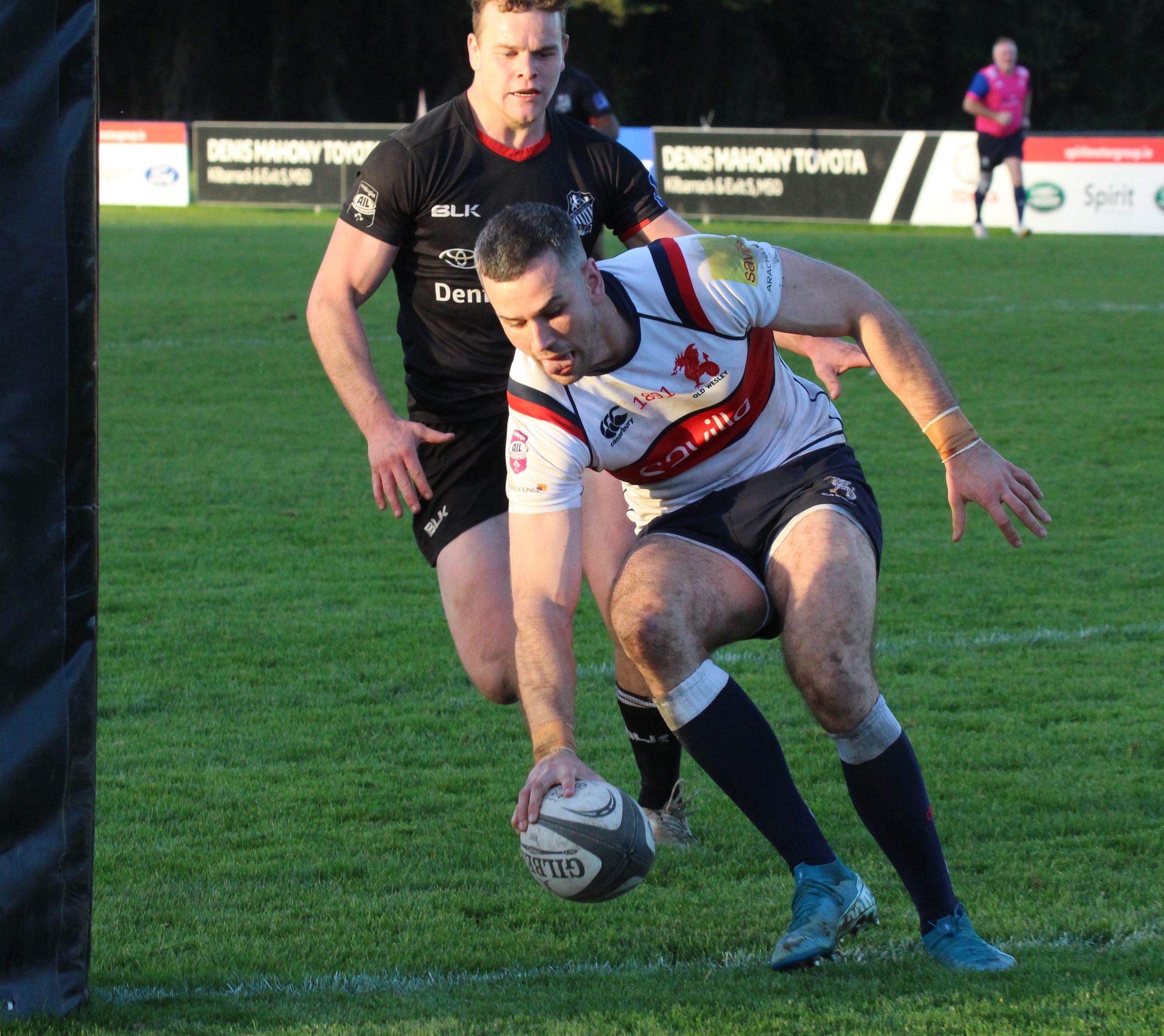 It was another disappointing afternoon for Old Wesley losing out to Old Belvedere, but they did manage to salvage a loser’s bonus point.

Belvo were off the mark early kicking a penalty after just one minute form 30 metres out.  They continued to exert pressure until after 12 minutes Wesley gained a foothold in their half.  And the effort paid off.  From a penalty and a 5-metre line out there were some strong forward carries, culminating in Cronan Gleeson pouncing for the first try of the match.  Ian Cassidy converted with ease for a 7-3 lead.  But Old Wesley were guilty of conceding penalties.  They defended well but after infringing at a 5-metre scrum the referee awarded a penalty try.  Wesley responded immediately and 2 minutes later a Cassidy break had Belvedere on the back foot.  He passed to Josh O’Hare who crossed with relative ease for a try under the posts, converted to make it 14-10.

Both sides then started to play end to end rugby but it was the home side who came off the better resulting in a converted try after 36 minutes. Soon after the restart a big tackle by David Poff saw Belvo concede a penalty for holding on just inside their 10-metre line. Cassidy struck the kick perfectly to make it 17 all at half time.

An early second half yellow card against Ty Chan for a high tackle didn’t help Wesley’s cause.  Initially it looked like their defence might hold out.  But the pressure eventually told when the opposition ran in their third try.  The conversion looked to be wide but in the end the ball swung in and over.   A good spell for Old Wesley followed leading to a penalty accurately kicked to touch for a 5-metre line out.  But it came to naught when Wesley were penalised for holding on.  Next it was Belvo’s turn to turn the screw applying pressure for nearly 10 minutes.  They went on to score try number four and for the first time in the match there was more than one score separating the sides.

Wesley responded well with a number of scrums and line outs inside the Belvo 22.  But they failed to convert the advantage into points.  Then just when it looked like they had run out of options James O’Donovan picked up an intercept pass and sprinted 40 metres to score under the posts.  With the conversion it was back to 7 points separating the sides.  From the restart Wesley, with the possibility of a draw, ran everything, but they eventually conceded a penalty and that was the end of their chances. Belvedere opted for the points but the kick went wide ending the match.