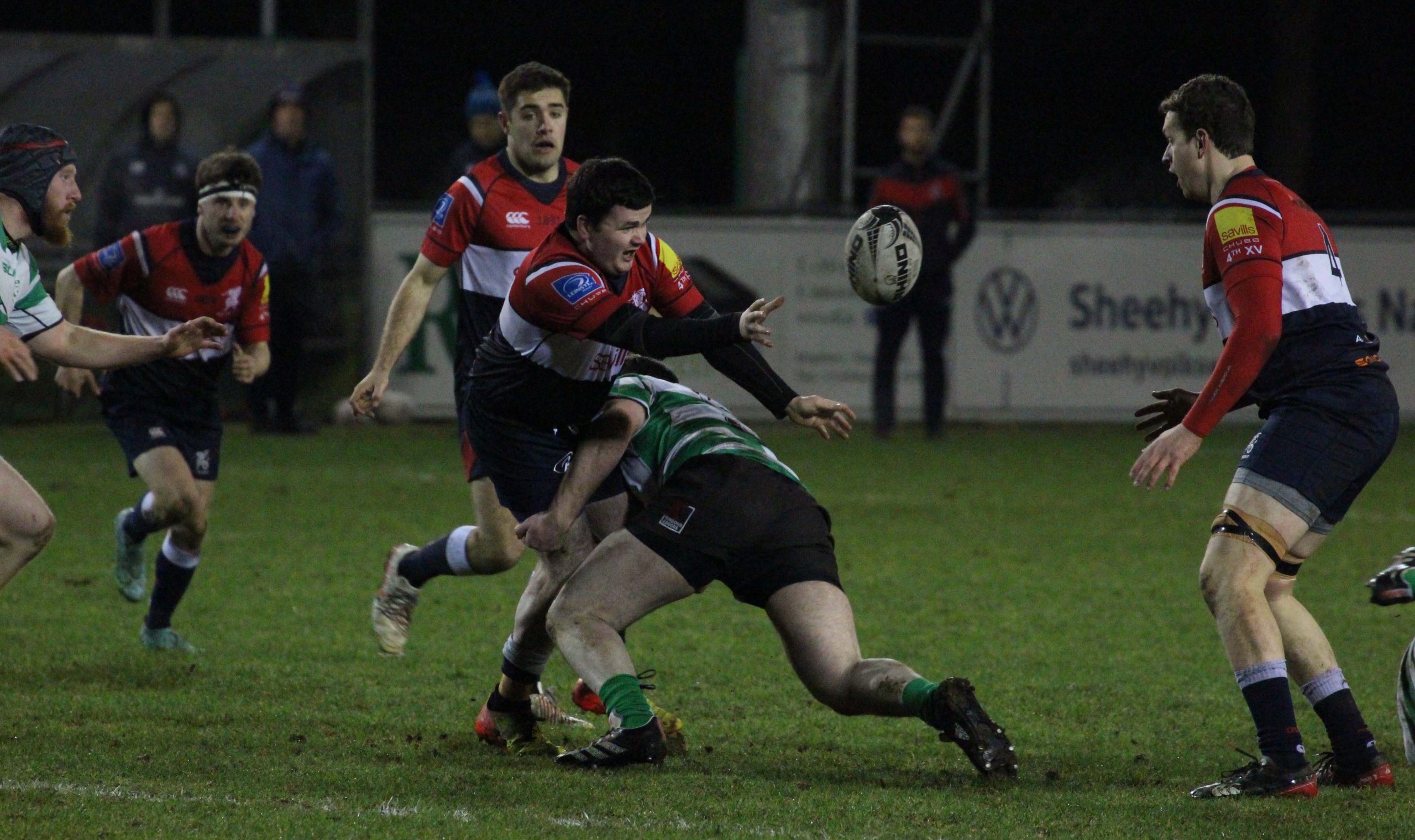 Here it was, the much-anticipated finale and third meeting of the 2 most consistent teams in Leinster Metro 4 this season, Naas 3’s vs Old Wesley 4’s, 1st vs 2nd, physicality vs guile. The 2 contrasting styles of the finalists would make for a worthy final on what was a sub-zero evening out in Forenaughts.

In following the theme of the recent encounters vs Naas, the Kildare outfit were quicker out of the blocks and drew first blood with an early penalty despite some early pressure applied by the Wesley men, with some strong early carries by Lanky (Stephen Murray) and Itchy (Iain Pollock).

Naas continued this strong start grabbing another score, capitalising on Old Wesley errors and nervous energy, this time an unconverted try, bringing the lead out to 8-0 before scoring again after a strong maul to bring the lead out to 13-0. The early loss of our captain Luke Corish added to the qualms and struggles of the first half but in his replacement the former captain of the team, DT, was a more than capable replacement with a good solid carry into the Naas defence to get things started.

This third score is what seemed to be the kick Old Wesley needed to start playing. Credit to the boys who stayed positive and stuck together in the face of adversity. The lively half back duo of James Sharpe and Luke De Renzy started to grow into the game with some classy touches and guiding the pack around the pitch well.  Some strong snipes by Sharpe and some tidy kicks by De Renzy began to give the men from Dublin 4 an avenue into the game.  Some excellent defence by returning centre Graham Claxton and some decent carries in the backs from Rory Murphy and Mulcaire O’Mara are also worth a mention.

The pack started to grow into the game too as a result of this.  With the lads following Lanky and Itch’s lead, some decent carries from Logger, Doyler, JK and Monty, and some excellent defensive pressure from JK and Guy saw Old Wesley claw 2 penalties back via the boot of Luke De Renzy, bringing the score up to 13-6 before the half time break.  The main negative of the second quarter was the loss of the starting hooker Itch who was having an incredibly strong game both sides of the ball.

The start of the second half continued in the same vein as the first half ended, with the momentum swinging towards Wesley. Some strong carries from Monty, Kearney and Chunk, who started following Lanky’s lead in attack, started to give Old Wesley a solid foothold in the game. The direction from the half backs saw some silky interplay between forwards and backs to see both Ben Horgan and Mulcaire get some solid meters up the pitch, which Naas handled with some strong scramble defence.

Guy, JK and Claxton continued to lead the charge in defence with Lanky, DT and Monty getting some hits in too. Old Wesley were well and truly in the fight.

The continued pressure saw a tip tackle which led to Naas being reduced to 14, however despite some incisive carries from Kearney, Arran Copeland and Flower, who all provided a good energy boost from the bench, Old Wesley were unable to get that illusive try. Sharpie, Monty and Kearney all got close to touching over at several points with Arran actually being controversially held up over the line.

Old Wesley were also applying good pressure at set piece, with Lanky’s strong lineout defensive organisation providing Naas with a lot of headaches.  Despite this pressure, Naas had one final purple patch. The Naas centres broke through the line with Mulcaire and Monty both scrambling back to make a last-ditch tackle. Despite a strong defensive set from Logger, Kearney and Flower, Naas managed to win a late penalty to stretch out the lead to 16-6 with under 10 left to play.

Despite a heroic effort from the men in red, navy and white, who played until the final whistle, they couldn’t get that final score needed. Final score 16-6 to Naas.

A disappointing end to a very good league campaign; the boys did themselves proud out there and can take a lot of confidence going into the cup campaign. The effort and heart shown can’t be faulted and fair play to that Naas side who ultimately had our number.

The next port of call is the cup quarter final in which we will be playing the winner of the Terenure vs Stillorgan Rathfarnham match, hopefully the boys will make it 3 in a row for Moran Cup wins!