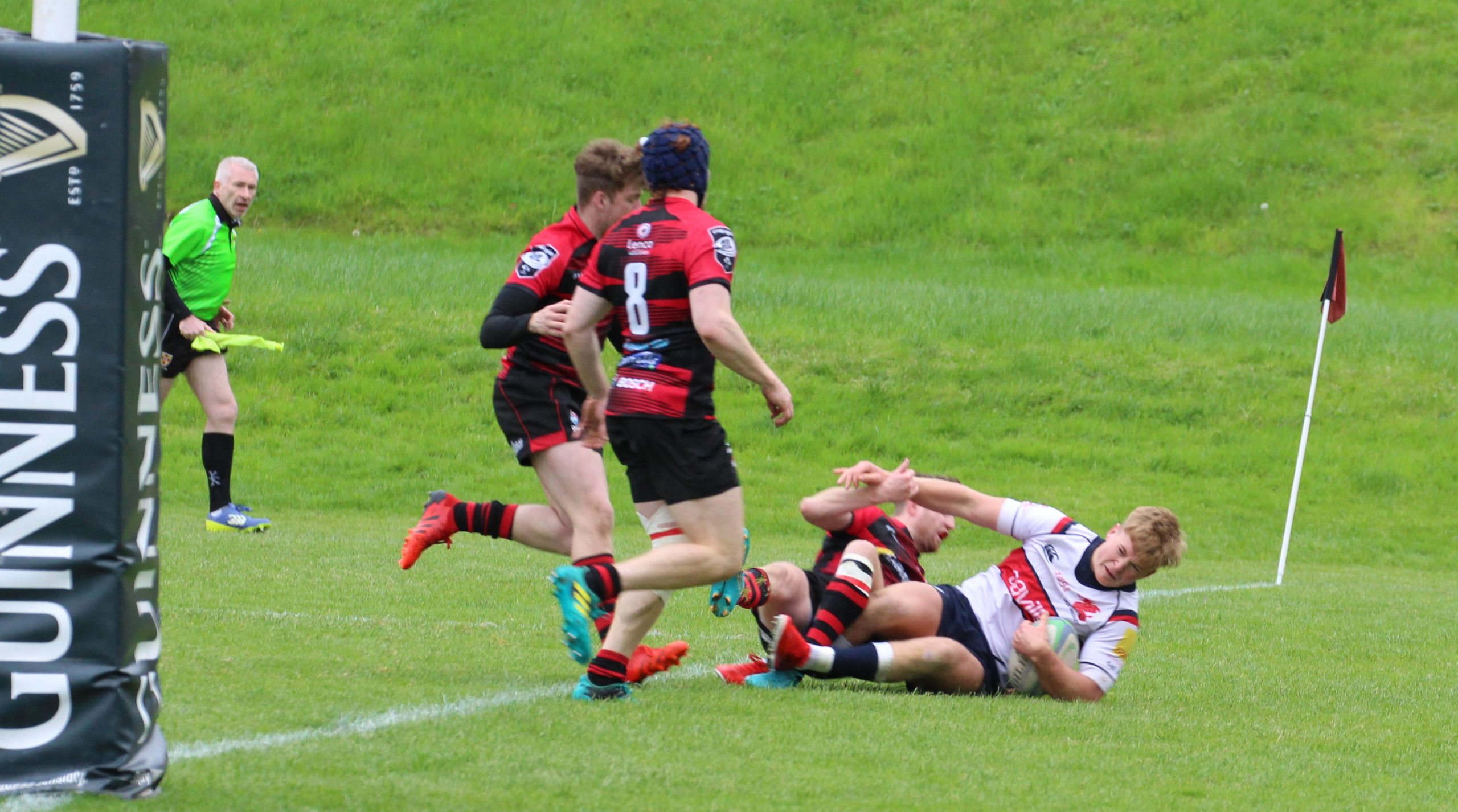 Round 3 of the AIL saw Old Wesley travel north to take on City of Armagh, and while their performance was better than last week, Wesley had to settle for a loser’s bonus point against a dogged Armagh side.

The home side, playing with the wind had the better of the first half, Awarded the first penalty of the match they kicked down the line for a 15 metre touch.  However,’ Wesley escaped when the ball was held up in a maul. Armagh continued to look the more enterprising.  Then after 11 minutes an innocuous looking Wesley clearance from defence was fielded and fed to Armagh full back Kyle Faloon who made a scything run through the midfield defence passing to winger Shea O’Brien who crossed untouched for the first score of the match.  With the conversion Armagh led 7 nil.

Virtually immediately after the restart a Wesley pass was intercepted by Frank Bradshaw Ryan.  Play was taken on with the ball eventually ending up in the hands of Jack Hughes who crossed for their second try.  The conversion hit the upright.

After 20 minutes Wesley eventually got into opposition territory.  Some fine carries saw David Poff come close to scoring only to lose possession near the goal line.  They continued the assault but were unable to score and Armagh eventually ended the threat when awarded a penalty.  Wesley continued to hold possession but were unable to breach the dogged Armagh defence, and were also guilty of conceding some turnovers.  However, it was the Ulstermen who continued to maintain the initiative, and after 30 minutes they scored their 3rd try, after mauling a 5 metre line out over the line, converted for a 19 nil lead.

Just short of half time Wesley eventually got the break them needed.  A line out was neatly won by Sam Pim.  A number of strong carries ensued eventually resulting in Harry Noonan powering over for a try.  Eoin Monahan converted leaving the score at 19-7 to the home side at half time.

With the wind increasing and rain on the way the advantage looked to be with Old Wesley for the second half.  However, it was Armagh who struck first scoring a try following a kick ahead and a mix up in the Wesley defence.  Wesley were awarded a number of penalties however their line out was starting to malfunction reducing the options to kick for touch.  Then a break by Alex Molloy set the Wesley attack into action.  The ball was taken on by Harry Noonan who got to within 7 metres of the line.  The ball was recycled a number of times eventually resulting in a try by Eoin Deegan.  With the conversion by Monahan the Armagh lead was reduced to 10 points.  This spurred on the Wesley side but some good attacks were frustratingly ended by handling errors, albeit in difficult playing conditions.

With 5 minutes to go Wesley were awarded a penalty 30 metres out from the opposition posts.  They could have opted to kick for goal but instead kicked to touch.  However, the line out was lost. A minute later Wesley were awarded another penalty 10 metres out.  This time they opted for the scrum and this time the gamble paid off when Reuben Pim crossed for a try.  Monahan converted to keep his 100% record.  With less than a minute to go and now with a smell of victory Wesley did everything they could to keep the ball alive, but after a handling error the referee blew for full time.

Wesley now have a 2 week break before a home meeting with Highfield in the next round of the league.