When Santa came to Old Wesley

As we reach the half way point in our mini rugby season many of our mini’s had their final training session or 2016 last Sunday. On a cold dry morning we had some of future stars being put through their paces in Donnybrook.

But last Sunday we had one very interesting spectator call by, lots of dads had showed up when they heard big S was coming to oversee training. So they al 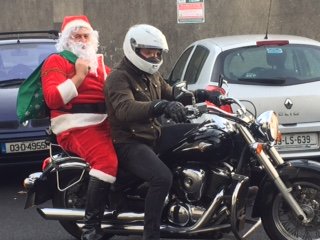 l waited patiently as they could give him some advice on the Jackson vs Carberry debate. Sadly Joe Schmidt was not the big S in question but the one and only Santa.

Santa took some time out of his busy schedule and left the workshop in the hands of his trusty elves to come and see what the boys and girls
of Old Wesley could do on the rugby pitch. Sadly Rudolph was unable to make the journey due to last minute visa issues so Santa hitched a ride and made what has now become is traditional entrance on the back of a motor bike. 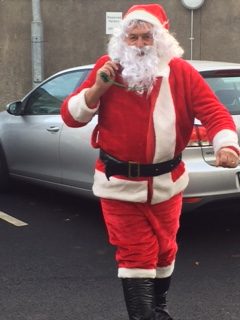 We have it on good authority that he was impressed with the skills he saw on Sunday and no doubt thinks their were some future Ireland stars in the making. He then took some time get check in with everyone and listen to any last minute post toy show changes to all the boys and girls Santa letters. He quickly polished off a large pint of Milk and some cookies before heading back to the North pole. Old Wesley would like to take this time to remind Santa his tab is getting a little on the large side and if he could pop into Michael sometime in the New year to sort it out that would be great.

The mini’s committee would like to thank all the Mammies and Daddies who helped on the morning. And also hope all players and their families have a wonderful christmas and look forward to seeing them all again in the new year. 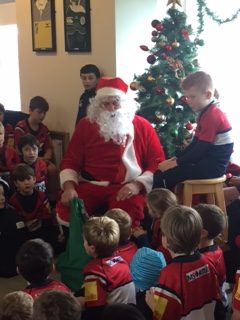 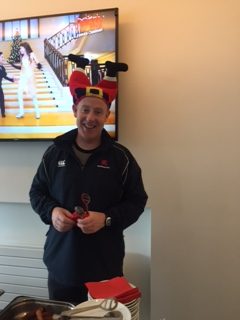