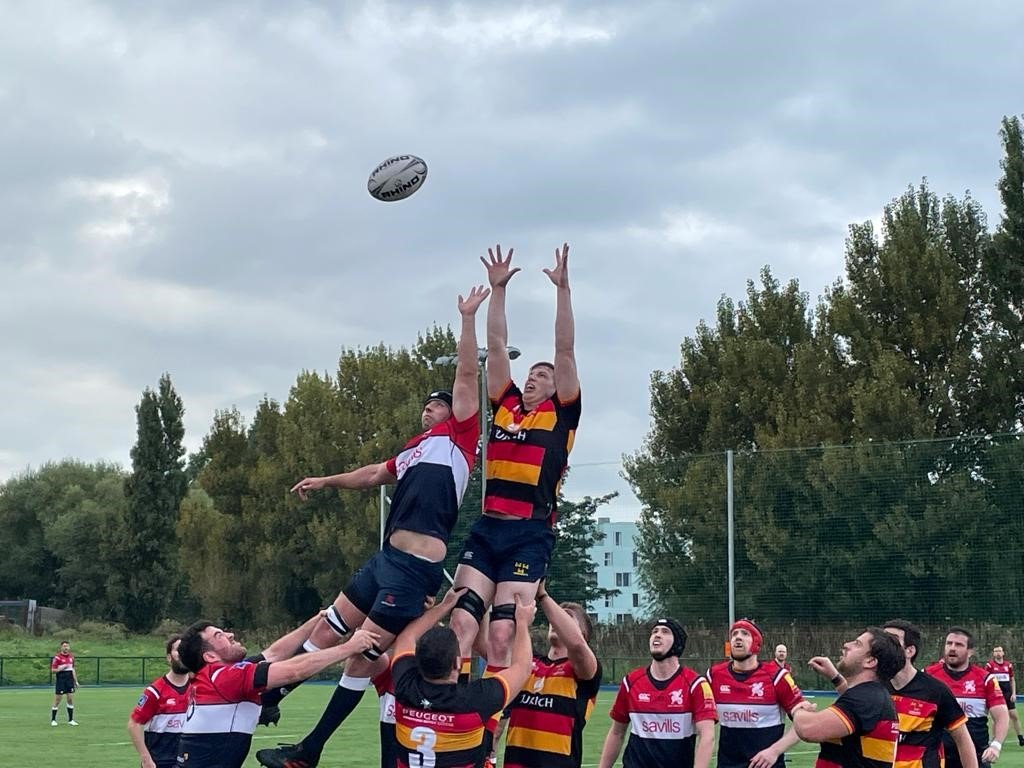 Old Wesley 3rds returned to action and opened up the defence of their Metro 2 league title on Saturday afternoon against Lansdowne 3rds in an entertaining game played out on the back pitch of Donnybrook Stadium.

Buoyed by a stirring pre-match team talk from the soon-to-be married Tommy Emo, Wesley got off to a fast start playing with an intensity and accuracy that the visitors couldn’t quite match. It was in fact Emo himself who crashed over for the opening score in the 5th minute after some neat build-up play from the rest of the Wesley pack. Jamie Boyd converted from just right of the sticks, 7-0 to the hosts.

Wesley didn’t have to wait long to further their advantage. Dan Hall, demoted to the number 8 jersey after the summer signing of Sergeant Sam Smyth, carried strongly and took advantage of some soft shoulders in the Lansdowne defence to build on his fruitful start to the season. Once again, Boyd split the uprights leaving the score at 14-0 heading into the water break (a concept which was quite clearly beyond the comprehension of Sam Moore.)

A third score arrived before half time. An off-the-top lineout, from assistant to the vice-captain Eric Parfrey, laid the foundations for an incisive backs move with Richie Jermyn cutting straight through the heart of the two Lansdowne centres before popping it on his inside to David Braithwaite who dotted down just left of the posts. This time, Boyd could not convert. Wesley headed into the half-time break with a deserved 19-0 lead.

Wesley emerged in the second half lacking the discipline and aggression that had been so central to their success in the opening salvo thus throwing Lansdowne a lifeline and a route back into the tie. Through the concession of multiple penalties, the men in red were pushed back the entirety of the pitch. Lansdowne did not need a second invitation, and with momentum on their side, bludgeoned a hole in the Wesley defence. The extras were added by the Lansdowne 10, narrowing the gap to 12 points.

In what was a scrappy second half performance overall, Wesley did manage to shake off their malaise temporarily and score the all-important bonus point try in the 64th minute. Powerful running and accurate work at the breakdown from the Wesley back row paved the way for scrum half/winger/ physio supremo Arran Copeland to spin the ball wide though a number of hands before Braithwaite added his second in the corner.

Lansdowne tagged on a consolation 7 pointer at the end of proceedings however there was no denying that Old Wesley were deserving victors overall. Credit must go to the Wesley forwards, in particular the front row, who provided a very solid base both in the line out and at scrum time.

After a successful first block of the season, the thirds now enter a bye week before reacquainting with Lansdowne on October 2nd in the O’Connell Cup Final.