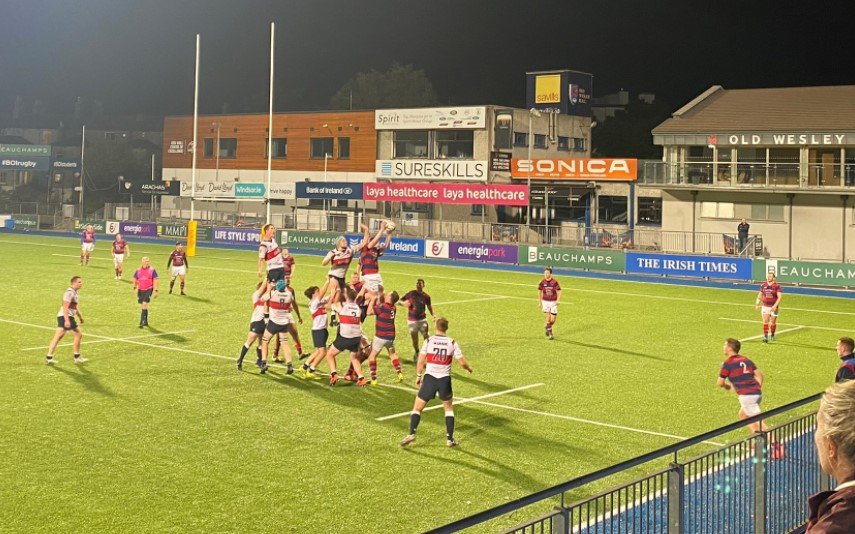 Old Wesley made it two wins out of two beating Clontarf under lights a Donnybrook,  with the home side leading from start to finish.  Two penalty kicks by Jack Maybury in the first quarter laid the foundation.  Then just short of half time Thomas Bulfin crossed for Wesley’s first try, again converted by Maybury to make it 13- 0 at half time.

Wesley started the second half where they left off with Stephen Cleary grounding, but this time the conversion was wide.  A yellow card against David Poff opened the door for the visitors.  They scored a try out wide from a cross kick but failed to convert.  But Wesley quickly responded with a try by Ian Cassidy. And with Maybury’s conversion, Old Wesley won the 10 minute battle despite being a man down.

Then it was Clontarf’s turn to be shown a yellow card.  Shortly after, and with full time approaching,  Josh Miller crossed for try number four, once again converted by Maybury.

A bonus point win against an AIL Division 1A side; no mean achievement.