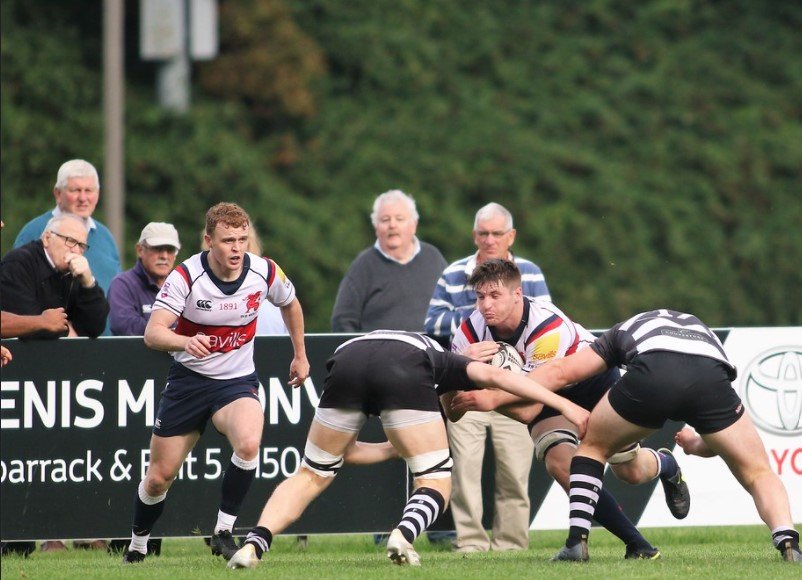 Old Wesley’s Leinster Senior League campaign came to an end as they lost to Old Belvedere at Anglesea Road.

Belvo opened the scoring with a penalty kick, and shortly after Josh Miller recovered the balance with a Wesley penalty.  The home team had the better of the opening exchanges but failed to add to the points tally. Then just when Wesley seemed to be putting together some good moves it came to a sudden end when the Belvo center picked up an intercept and sprinted over half the length of the pitch to score under the posts. The straightforward conversion gave them a 10-3 lead.  Miller pulled it back to 10-6 with a second penalty kick.  Wesley looked to be on for a score following a solid run by prop Rob O’Donovan, but the hosts prevented the grounding. Then just short of half time Belvedere crossed for their second try following some good phases of play. Half time 6-17

The second half was a more abrasive affair with Wesley, in particular, suffering a large number of injuries.  Miller pulled the score back to 12-17 with two penalty goals.  But the opposition held their composure.  A further penalty goal apiece made it 15-20.  Wesley threatened in the final stages to steal a victory, but Belvo were well up for it and there were no further scores.

Neither players nor spectators can deny that Old Belvedere were the better team on the day and deserved their victory.