Affiliated with Old Wesley Rugby Football Club and based at the amazing Energia Park (Donnybrook Stadium), we are the largest touch rugby club in Ireland (FIT rules). Established in 2015, we have been running trainings and competing since then and aiming to grow the game in Ireland. We run trainings at 19.30 every Monday at Energia Park with matches following at 20.15, all are welcome to join! 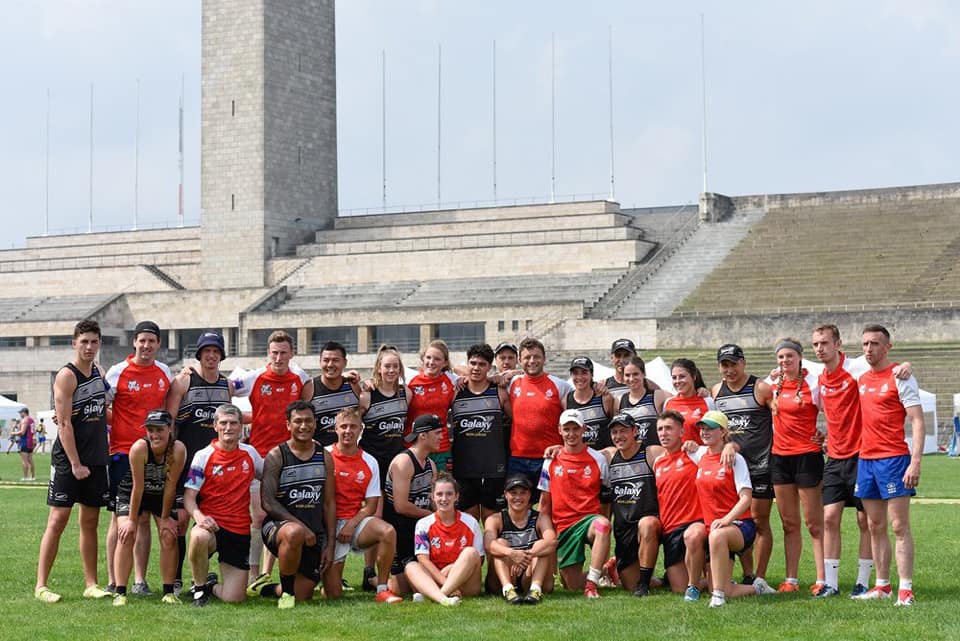 What is touch rugby?

Touch rugby or often just touch is a minimum contact sport for players of all ages, genders and ability. Compared to contact rugby, touch rugby is known for its simplicity (requiring minimal equipment), ease of learning and decreased chance of injury! It is a fast growing game played all over the world and has regular national, regional and international competitions. Usually touch rugby is played in three separate categories: Womens, Mens and Mixed with several age categories also.

How is it different from Tag rugby?

Touch rugby is commonly mistaken to be the same as tag rugby! However, the style of play in touch is very different to tag rugby with a few key rules being different. Touch does not require the use of tags with a ‘touch’ being enforced when the defending player touches any part of the body of the ball carrier. Further, the attacking team is allowed to initiate the ‘touch’ adding in a more strategic element to the game and also allowing for more fluid play.

How can I play?

You are most welcome to come join Donnybrook Touch and play with us. We organise training sessions every Monday night from 19.30 at Donnybrook Stadium (Energia Park) with games following at 20.15. Either just turn up to one of these sessions or drop us a line through our email above or our facebook page.

We also enter teams into the Ireland Touch Series (ITS) and Developing Touch Series (DTS) with games against other clubs in Dublin and Ireland. Finally, every year we go on several tours sending teams to international competitions and these are renowned to be great craic!

Where can I find all the rules of the game?

You can find the full rules of Touch Rugby (FIT rules) here.